EU Commission: Africa Is on the Move

The European Commission launched a new development initiative this week in a bid to remind Europeans of Africa's strengths and recent achievements. 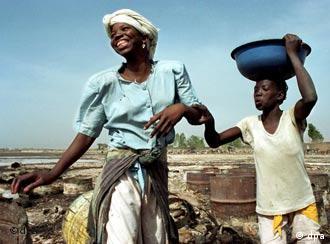 Europeans say they want to help Africans help themselves

The European Commission was keen to deliver the message that Africa is on the move. EU officials said that enhanced governance,

poverty reduction, policy coherence and establishing a business framework for EU member states to aspire to, all form part of their core strategy on Africa.

World donors on Wednesday pledged not to impose their ideas on governance and reform on poor African countries but to help them make their own visions come true.

"Change from the inside" 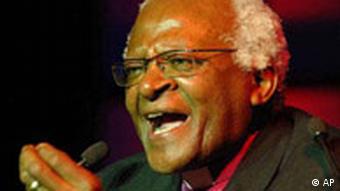 Desmond Tutu is an Anglican Archbishop in South Africa

"It is for them to lead and for us to support, not for any outsiders to impose," United Nations Deputy General Secretary Mark Malloch Brown told the EU-Africa conference in Brussels.

His stance was echoed by World Bank president Paul Wolfowitz, who said that "ultimate change can only come from the inside."

European Commissioner for Development and Humanitarian Aid Louis Michel was keen to stress that not all the news from Africa is bad.

"The growth rate for 2006 will be around 6 percent for the African continent, so it just goes to show Africa is moving. Africans want to take stock of their governance," he said.

EU pledge to double support by 2010

European Union Commission President Jose Manuel Barroso called on the bloc's member states to deliver on their pledges to double EU aid to Africa by 2010. The continent currently receives 15 billion euros per year from the European Union, which is around 60 percent of overall EU development assistance.

Barroso said that the EU would reduce import quotas and tariffs for African countries by 2009.

"The current downward trend in our trade is unacceptable," he added. "We are partners now." 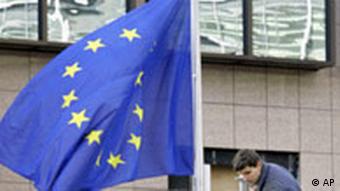 The EU still wants to maintain influence in Africa

In 2007, an EU-Africa Summit will be held in Lisbon to foster existing ties.

A boost for business relations

"We do have to present a united front and work together in order to break this vicious inhuman circle. We have to do more, we have to do what we do better, and we have to act more quickly," said European development Commissioner Louis Michel.

As for China, the EU is was not afraid of its increasing influence in Africa, said Michel. Beijing last weekend signed trade deals worth some 1.5 billion euros ($1.9 billion) with African nations without linking them to democratic reforms and human rights, prompting European fears that the EU could lose its influence in Africa. 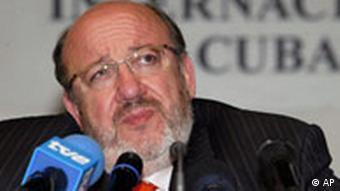 "We have to do more," said EU Commissioner Louis Michel of Belgium

Meanwhile, international aid groups participating in the conference said the EU was ignoring the role big business was playing in corruption in Africa.

They also slammed the World Bank and the International Monetary Fund for a failure to fight worldwide poverty and create sustainable development.

Brussels was also host to a series of events focused on Africa, all designed to highlight Africa's achievements. The so-called European Development Days include an African comic strip exhibition, African film festival, a development village, a fashion show and a media debate involving African and European journalists.

The Commissioner hopes the event will become annual, and said that raising public awareness is key to turning Africa around.

"It's only by making sure that everyone becomes more aware of these problems that we can move forward and turn Africa into a forward looking and promising continent," Michel said.

With UN Secretary General Kofi Annan in the final weeks of his tenure, officials in Brussels are concerned Africa will drop off the global agenda.

This week's Africa Summit's focus is a concerted effort to try and make sure that doesn't happen.

German foreign minister Frank-Walter Steinmeier's tour of north Africa is aimed at preparing Germany for its presidency of the EU and the group of eight industrialized countries in January. (16.11.2006)

German Soldiers in Africa: Hunting for Smugglers and Pirates

Germany's recent decision to continue participating in the "Enduring Freedom" campaign against international terrorism has caused some controversy, but for troops on naval patrol in Africa, it's business as usual. (16.11.2006)

Zulu songs, Beethoven's Fifth and a world premiere all in one concert? Deutsche Welle and the Beethoven Festival have invited South Africa's best young musicians to Germany. Their concert Saturday will be broadcast live. (09.09.2006)