EU Backs Plans for Cuts in Greenhouse Gas Emissions | Europe | News and current affairs from around the continent | DW | 21.02.2007

EU environment ministers gave unanimous support to plans for cuts in greenhouse gases of as much as 20 percent by 2020 from 1990 levels. 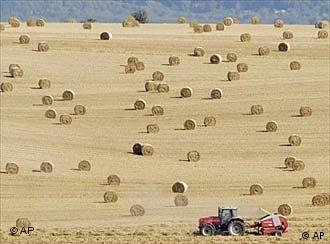 German Environment Minister Sigmar Gabriel told reporters on Tuesday that all 27 EU environment ministers backed in principle a proposed unilateral cut in EU emissions of 20 percent by 2020 from 1990 levels.

The agreement came during discussions among the ministers in Brussels ahead of a formal vote later in the day.

They also agreed with an even more ambitious target of a 30 percent EU cut in carbon dioxide emissions by 2020 provided other industrial nations joined in, said Gabriel. 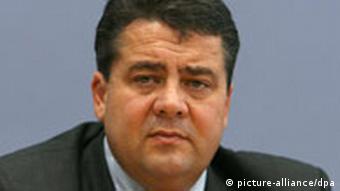 "So as far as these two objectives are concerned, those are things we agree," Gabriel said, adding that the targets would be binding on

The proposal would set a target to slash carbon dioxide emissions by "at least" 20 percent by 2020 and possibly as much as 30 percent, the latter on condition that other developed countries are willing to do the same.

Plan is key to EU's fight against climate change

The commitment would be the main plank of the European Union's strategy for combating climate change after 2012, when existing

Under the Kyoto Protocol developed countries are currently supposed to reduce their emissions by five percent by 2012 from 1990 levels, while the EU has a higher target of eight percent.

The commission, the EU's executive arm, proposed in January that the bloc commit to cut greenhouse gas emissions by at least 20

percent by 2020 mainly through energy efficiency measures. It is seeking the ministers' approval of the plan in order to get backing from EU leaders at a March 8-9 summit in Brussels.

had to be worked out, Gabriel said.

However, calls for firmer action had come, among others, from Slovenia, Spain and Britain which said all EU states must stand up

and commit to serious climate action or lose their "leadership role" on the issue.

Germany, which currently holds the European Union's six-month rotating presidency as well heads the G8, has made tackling climate change a key priority. The counry's car industry however is up in arms over various proposals to cut car emissions for fear that it would hurt business.

Environmental groups, including the WWF, welcomed the EU agreement, saying they now wanted EU leaders who meet in Brussels next month to endorse the 30 per cent target. 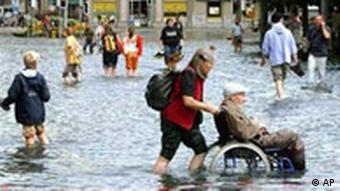 Climate change is expected to cause extreme weather conditions in Europe

Climate change and the switch to a low-carbon economy are expected to be key issues to be discussed by EU leaders at their summit in Brussels on March 8-9.

German Plan to Tax Cars on Emissions Gets Wary Nod

Plans by the German government to tax cars based on emissions instead of engine size in a bid to encourage carmakers to design "greener" cars have met with a cautious welcome. (19.02.2007)

What the European Union called a satisfactory compromise on its new climate protection plan has been met with skepticism from both environmental protection groups and the auto industry. (07.02.2007)