EU Backs Down on Climate Limits to Please Auto Industry | Europe | News and current affairs from around the continent | DW | 07.02.2007

What the European Union called a satisfactory compromise on its new climate protection plan has been met with skepticism from both environmental protection groups and the auto industry. 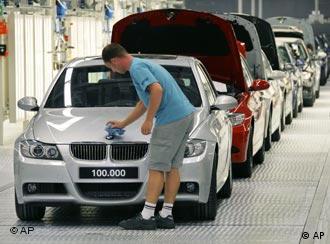 German carmakers threatened job cuts if limits are too strict

Despite failing to meet its own voluntary targets to reduce carbon dioxide (CO2) emissions from new cars, big carmakers, in particular in the German auto industry, have succeeded in forcing the EU to lower its mandatory limits.

While European Union Environment Commissioner Stavros Dimas wanted carmakers to achieve an average emissions target of 120 grams of CO2 per kilometer by 2012, the final proposal sets a legally binding limit of 130 grams per kilometer. The paper call for a further 10 grams per kilometer to be cut through improvements of car fleets and use of bio-fuels, the commission said.

Environmentalists have slammed the EU's decision to back down.

"Not only is the car industry failing on its voluntary commitment to cut CO2 emissions, the commission now wants to reward this failure with a weaker fuel-efficiency target," a spokesperson for the European Federation for Transport and Environment said. 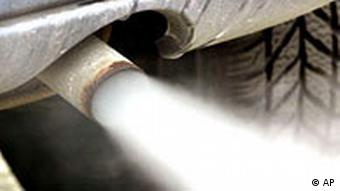 C02 emissions from vehicles have skyrocketed since 1990

The claims were rejected by EU Industry Commissioner Günther Verheugen. He said the scheme was the "most ambitious" of its kind in the world.

The German commissioner added that even though consumers kept buying gas-guzzlers, "that doesn't relieve car makers from their obligation to help fight climate change."

The average emission level for European cars sold in 2005 was 162 grams of CO2 per kilometer, and Europe's car industry looks almost certain of failing to fulfill its voluntary agreement to cut emissions to 140 grams per kilometer by 2008.

The commission proposals were due to be made two weeks ago, but were postponed at the last minute in order to the rifts the issue has created within the 27-member European Union executive.

DaimlerChrysler, Volkswagen, Ford, BMW and Opel all argued that the EU plan would force them to cut jobs or move to cheaper nations to cope with rising costs and a tougher consumer market.

"Achieving these aims would require massive investment and innovation that pose enormous and extremely difficult challenges for all manufacturers," said Bernd Gottschalk, the federation's president. 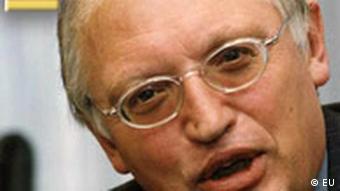 Verheugen said he is pleased with the compromise

Carbon dioxide emissions are seen as the main cause for global warming. Transport is the one sector of the European economy where CO2 emissions have been rising rapidly in recent years, growing from 21 percent to 28 percent of the total between 1990 and 2004. Passenger cars are responsible for more than half of these emissions.

German Chancellor Angela Merkel, whose country holds the rotating EU presidency, called it "regrettable" that European carmakers would not meet the targets they had set themselves.

"But we must not let the result of that be to impose a general obligation for all cars to be subject to the same measure," she added.

Reinhard Bütikofer, chairman of Germany's opposition Greens, urged the car industry to view new environmental challenges as an opportunity instead of a threat.

"The car industry has to watch out that it doesn't throw away its future," he said.

The proposal is set for debate is set for debate in the European Parliament and the governments of the bloc's 27 member states. Signaling tough negotiations ahead in the EU's law-making assembly, Green party representatives said on Wednesday that the commission's proposal confirmed that the demands of the German car industry had taken priority over tackling climate change.

"By scaling back its proposals on CO2 emissions from cars, the Commission has once again confirmed that the bottom line of the German car industry takes priority over tackling climate change," Green member of the European Parliament Claude Turmes said.

The European Commission has now sparked a hefty dispute with the European automobile industry by demanding that carbon dioxide emissions from cars be eliminated (29.01.2007)

German Car Lobby Appears to Bend Will of EU Regulators

It appears Germany's mighty automobile lobby is getting its way in Brussels, as the EU moves its regulatory focus from emissions standards to biofuel use across the bloc. (01.02.2007)