The EU's anti-fraud unit is to investigate an internal report compiled by the European Parliament to see whether public funds were abused amid allegations of embezzlement and fraud within the organization. 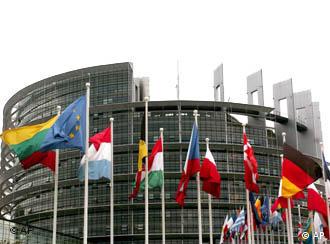 In what could become a major corruption scandal in the European Union, a confidential report by the European Parliament's internal auditors says that some of the 784 members of parliament (MEPs) were employing family members while others had registered payments to firms which did not exist.

The demand for an investigation was made by Charles Davies, a member of the UK Liberal Democrat party and the parliament's budget control committee. Davies, who was among a handful of MEPs allowed to see the report, perused its contents under supervision and was forbidden from taking notes or making photocopies. 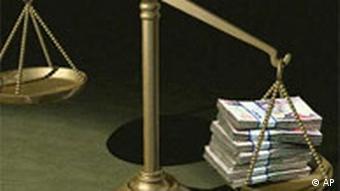 Corruption cases at EU institutions are a sensitive issue

The EU's anti-fraud unit, OLAF, which routinely checks internal audits made by the EU's various institutions, will now scrutinize the secret internal study to determine whether there was an abuse of public EU funds.

Complied by the EU parliament's internal auditor, the report analyses 167 payments made in 2004 and 2005 to MEPS' assistants.

Each member of the European Parliament is granted 16,000 euros ($23,500) a month to pay assistants. While some assistants work in Brussels, other staffers work in their MEP's own country.

Parliamentarians pay their staff 140 million euros a year, about 10 percent of the assembly's overall expenditure.

Davies told EUobserver that his first reaction was "a degree of hysteria given the scale of the abuse that is taking place and given the fact that it has been kept secret."

"A travesty of justice" 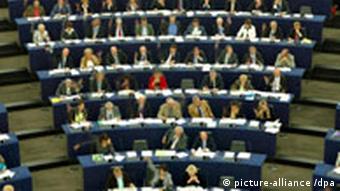 How transparent is the European Parliament?

Davies, who contacted OLAF about the report, called the decision to keep the report secret "absurd" and a "travesty of justice."

"A parliament committed to openness and transparency has no right to try and keep secret details about how public money is used and misused. And… we are talking about very large sums of money," Davies said.

Though the EU Parliament has not commented on the details of the report, spokeswoman Marjory van den Broeke said the audit confirmed that the remuneration system was "too complicated" and had become "very difficult to manage, both for the deputies and for the parliament's administration."

The European Parliament's secretary-general is now to propose a simpler system for hiring and administering staff, doing away with the current system which involves at least three different methods for MEPs to put together their team of assistants.

Corruption cases at EU institutions are a sensitive issue after a scandal in the late 1990s brought down the entire European Commission.

The commission and an assistant to an MEP were charged with forgery.

Edith Cresson, a former French Prime Minister who served as research and education commissioner in Brussels from 1995 to 1999, was accused of hiring a dentist from her home town as an advisor, despite being warned it was against EU rules.

The scandal eventually led to the collective resignation of the commission and its President at the time, Jacques Santer, in March 1999.

Last year, three Italian nationals, including a civil servant working for the European Commission were charged with forgery, corruption fraud and forming a criminal organization.

Three Italian nationals have been charged and are being held in custody in Brussels as part of a corruption probe into tenders awarded by the European Commission. (28.03.2007)

Is the EU doing enough to combat corruption? Send us an e-mail. Please include your name and country in your reply.