Months after the conflict in Ethiopia's Tigray region erupted, there is hardly any relief for those caught up in it. Tens of thousands are on the run and sexual violence is on the rise, Amnesty International says. 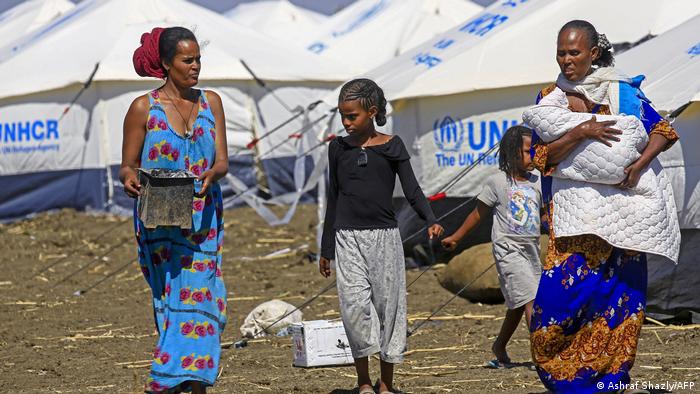 Aid organizations are still unable to reach parts of the conflict-torn Tigray region, three months since the conflict began. Information is thin as communications is interrupted. Ethiopian opposition parties claim that at least 52,000 people have died in Tigray since November. About 60,000 have fled the embattled region for Sudan, according to the UN Refugee Agency UNHCR. A third of those displaced are children. 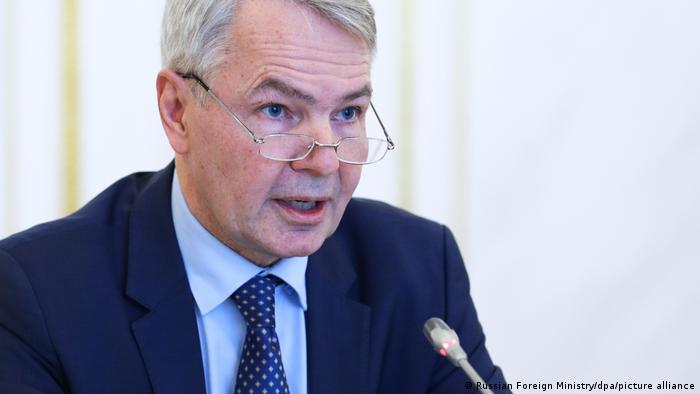 'The army attacked us'

Meanwhile, attacks against civilians appear to be continuing. One eyewitness spoke to DW about an incident at the market in Temben on February 10.

"On the way back, soldiers from the Ethiopian army attacked us," she told DW. "Some of us ran and escaped. But most people died: 41 people were killed."

The eyewitness, who wishes to remain anonymous, is currently recovering from her injuries in Ayder Hospital in the provincial capital, Mekelle.

It is still difficult for media representatives to access Tigray. However, a DW journalist managed to speak with some residents in Mekelle. One local man said he expects the government to restore telecommunications "so that foreign governments know what is happening in Tigray."

The resident also wants alleged war crimes to be dealt with by independent organizations. "We call on the international community, especially the UN Security Council, to take action against the Ethiopian and Eritrean leadership who are waging this disastrous and dangerous war," he said.

No aid, no information

"We are very concerned about the humanitarian situation in Tigray," Chris Melzer, who works with UNHCR in Ethiopia, told DW. "We know there are hundreds of thousands, maybe more than a million people who need help." UNHCR only has access to the southern part of the Tigray region, he said, adding that UNHCR is in the process of restoring clinics in refugee camps.

"We have heard that hospitals in the northern part of Tigray have been destroyed or damaged or have no supplies to help sick people," Melzer said. In addition to that, he said, communications to aid workers have been disrupted and, in some cases, are only possible via satellite phones.

Millions of people without protection

"In all my years as an aid worker, I have rarely seen humanitarian aid so hampered and unable to help so many people with such urgent needs for so long." Jan Egeland, the Norwegian Refugee Council (NRC) Secretary-General, said in early February.

Describing the situation as "catastrophic," Fisseha Tekle, Ethiopia expert at Amnesty International, told DW in an interview, "The residents of Tigray have little access to food, medicine, and financial services. Looting and the destruction of crops and killing of livestock have worsened the situation," Tekle said. 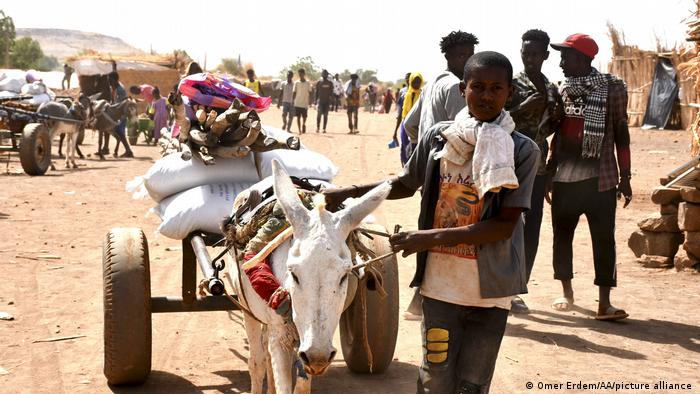 In January, UN Special Representative Pramila Patten said she was "very concerned about serious allegations of sexual violence" in Tigray. People are being forced to rape family members or have sex with members of the military in exchange for necessities, she said.

According to human rights groups, survivors blame pro-government forces,including Ethiopian and Eritrean troops and paramilitaries from the Amhara region. Ethiopia's government stressed that they would take allegations of human rights abuses seriously and bring suspected perpetrators to justice. 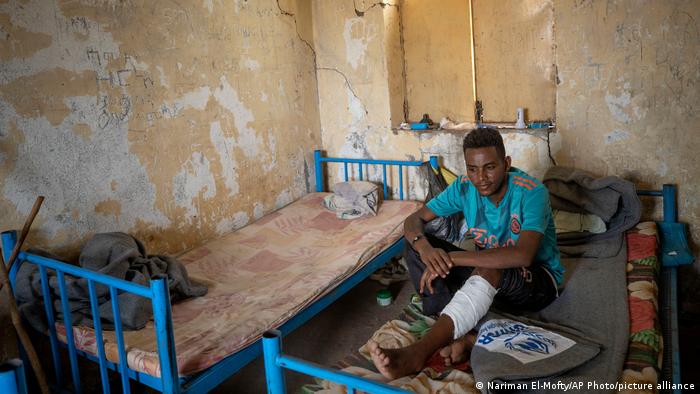 Survivors have been narrating to Amnesty International about their ordeals

The role of Eritrean troops in Tigray remains in dispute. Witnesses claim to have identified forces from the neighboring country by vehicles with Eritrean license plates, typical Eritrean army clothing, among other things. A dialect of Tigrinya and ritual facial scars of an ethnic group, both of which are not found in Ethiopia, were also noticeable. Individual soldiers had even told residents that they were Eritrean.

Amnesty International said it had obtained evidence for the first time that Eritrean troops had killed hundreds of civilians in the northern town of Axum as early as November. Extrajudicial executions, indiscriminate shelling, and mass looting had occurred, Tekle said. Both Addis Ababa and Asmara deny that Eritrean troops are involved in the conflict at all.

Ethiopia: Violence displaces hundreds of thousands at border with Sudan

"The government must put an end to this massacre," Amnesty expert Tekle urged Abiy. "It must ensure that all the forces involved, fighting alongside the Ethiopian army, comply with their obligations under international law, whether they are Amhara police, Eritrean troops, or informal militias. They must respect Ethiopian law, international humanitarian and human rights law." They would have to be held accountable for possible involvement in crimes against humanity. The EU and the United States are calling for the immediate withdrawal of Eritrean troops.

Solomon Muchie contributed to this article originally written in German.

Aid convoys have yet to reach Ethiopia's war-ravaged Tigray region almost a week after the government announced a humanitarian truce.

With Ethiopia at the center of two conflicts, Prime Minister Abiy Ahmed has seen his international reputation tarnished.

Abiy Ahmed has said civilians should take up arms to halt the advance of Tigrayan forces "once and for all." A conflict, which has killed thousands since November, is spreading with no end in sight.