Two cities in the Amhara region have been struck by rockets fired by forces from the neighboring Tigray region, the government has claimed. Hundreds of people have been killed so far this month in a spiraling conflict. 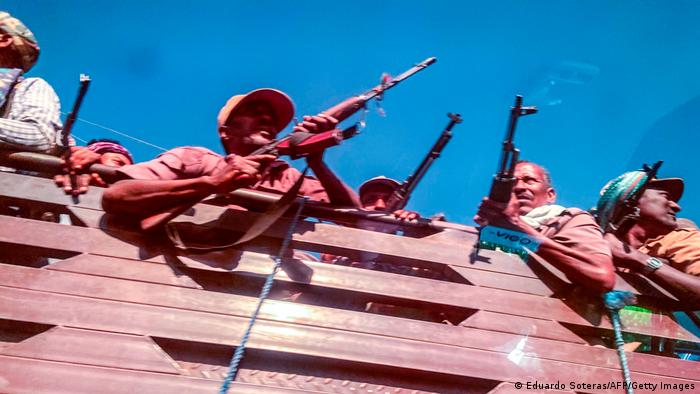 The Ethiopian government said on Saturday that fighters from the northern Tigray region had fired rockets at the cities of Bahir Dar and Gondar in the Amhara region.

According to a tweet from the special task force set up to provide information about the government's operations in Tigray: "In the late hours of Nov. 13, 2020, a rocket was fired towards Bahir Dar and Gondar cities."

The statement also said that the airport areas in both cities had "sustained damage" as a result of the attack.

"It seemed like an earthquake," Mekonnen reported, adding that the rockets hit around 20:45 local time (18:45 CET).

He said that authorities have now launched a full investigation, but that people in both cities have returned to "working as usual" and the atmosphere was now "calm."

The Amhara region's troops have been fighting alongside government forces against soldiers loyal to the Tigray ruling party, the Tigray People's Liberation Front (TPLF) in a conflict that erupted earlier this month.

Debretsion Gebremichael, leader of the TPLF, told AFP that while he did not know anything about an attack, "any airport used to attack Tigray will be a legitimate target."

The airports in both Bahir Dar and Gondar are used for military as well as civilian aircraft.

However, Getachew Reda, a spokesperson for the TPLF said in a statement on Tigray TV: "Our forces have conducted a counterattack to the airstrikes that we've been sustaining repeatedly. Military targets in Bahir Dar and Gondar have been hit with missiles."

"As long as the attacks on the people of Tigray do not stop, the attacks will intensify," he added.

Residents reportedly heard gunfire on Friday night, however, this has not yet been confirmed.

A doctor at a hospital in Gondar, speaking on condition of anonymity to AFP, said that "there were at least two dead" and "10 to 15 injured." He said the injuries he saw came from an explosion rather than bullets adding that there were "no civilians at all" among the dead or injured.

A statement from the Amhara regional government said that "the situation was controlled within a few minutes" and "our cities are in peace." 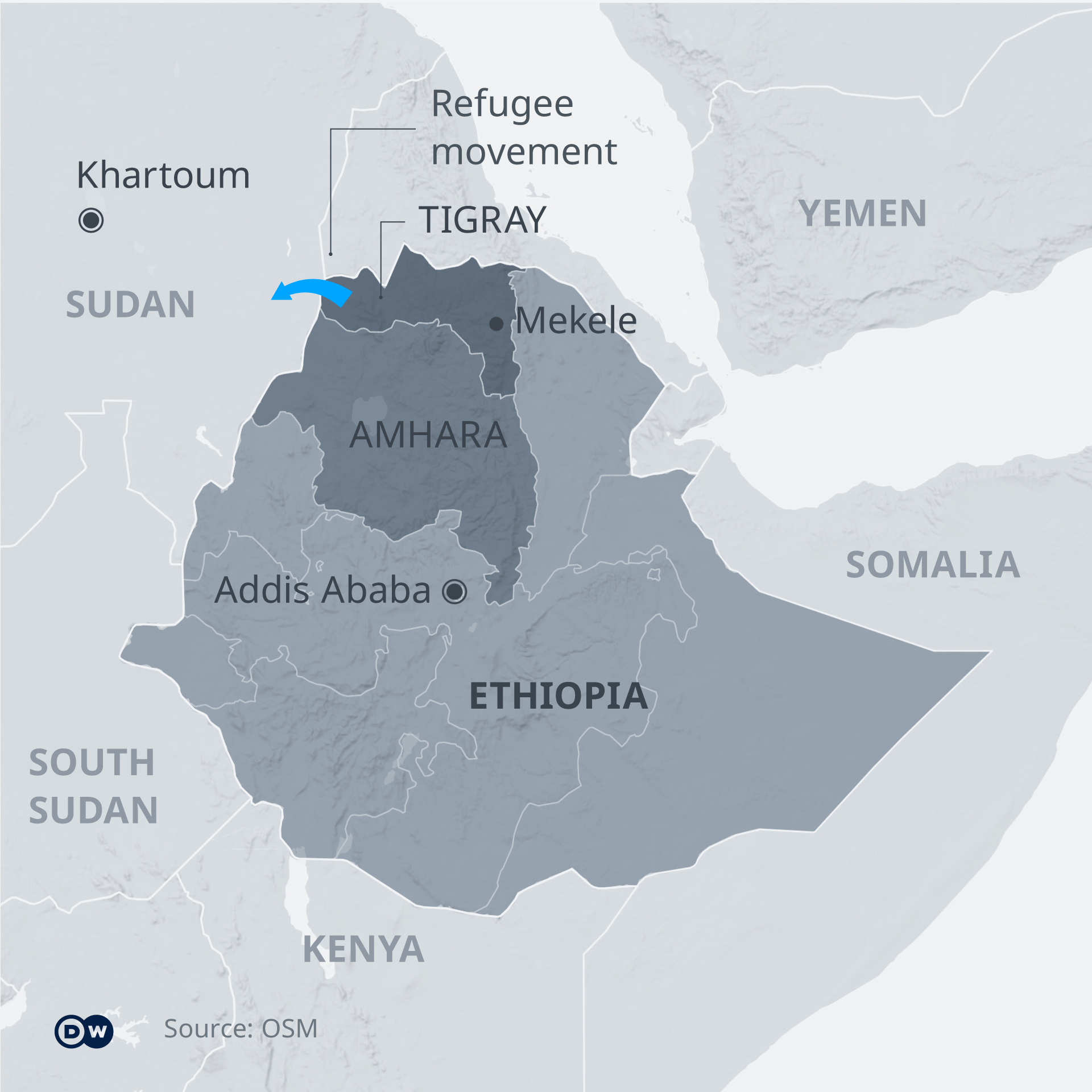 Prime Minister Abiy Ahmed launched a military offensive against the Tigray region on November 4 after accusing local Tigray troops of attacking federal military camps in the area. The TPLF denies the claims.

Now considered a rebel group by the central government, the TPLF is also the leading party in Tigray and once dominated the government coalition in Addis Ababa. The party no longer feels represented by the central Ethiopian government.

The United Nations and the African Union have expressed concern that the fighting may spill over into other regions and destabilize the already precarious wider region of the Horn of Africa.

'This is becoming a disaster'

DW spoke with Samuel Getachew, a journalist from Addis Ababa about the conflict. He warned that the country was "heading towards a potential civil war ... so this is becoming a disaster, not just for Ethiopia or the region, it's affecting everyone."

Asked what lay at the heart of the violence, Getachew said: "You have to remember the TPLF was in charge of the Ethiopian federal government for 27 years so they've only gone back to their own state in the last three years. So it looks like it's a mixture of a power struggle and not wanting to accept the changes that are happening in Addis Ababa."

On Thursday, Amnesty International confirmed reports of a "massacre" of civilians in the Tigray region. Following Amnesty's report, UN rights chief Michelle Bachelet called for an investigation into the alleged mass killings, which the UN has warned could constitute as a war crime.

"If confirmed as having been deliberately carried out by a party to the current fighting, these killings of civilians would of course amount to war crimes," Bachelet said in a statement on Friday.

Tigray has been under a communications blackout since the operation began, making it difficult to verify claims from both camps about the situation on the ground.