Ethiopian Airlines CEO: 'We are flying like any other carrier'

In an exclusive interview, the CEO of Africa's largest airline told DW how the coronavirus crisis affects their business. Most of Ethiopian Airlines' routes are suspended, the airline has to cope with financial losses. 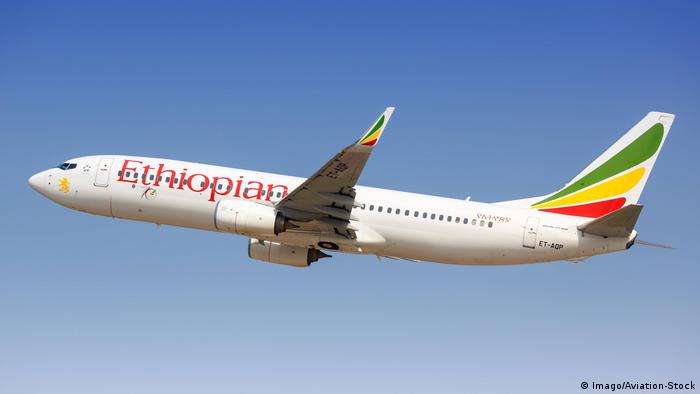 DW: What were the financial losses for Ethiopian Airlines and what is the difference now in terms of flight frequency?

Tewolde: Our financial books have not been closed, so we don't know the financial loss. But so far, we have lost revenue of about 550 million US dollars. This is the revenue which we had generated if we had flown in our full capacity. So because of the suspension of flights, we have lost so far - April included - 550 million US dollars. We were flying to 127 destinations - 17 cargo destinations and 110 passenger destinations. Out of 110 passenger destinations, we are only flying to 19 now, we have suspended 91 destinations. And even to those 19 destinations, we have reduced frequencies significantly: We used to fly to Frankfurt daily, now we're only flying three times a week. We used to fly to London ten times per week, now we are flying only three times a week and so on.

DW: Is there a point where you might have to stop all flights to Europe, or do you want to maintain a minimum?

Tewolde: We want to maintain a minimum because we still have repatriation, Europeans going back home from Africa. Many of the European embassies in Addis Abeba, like the embassies of the UK, Germany, France, and Norway, are asking us to maintain the links because they are repatriating their staff not only from Ethiopia but also other parts of Africa. They are very grateful that we are maintaining the links.

DW: Ethiopian Airlines has taken measures to disinfect the planes. There had been reports about two crew members among the infected persons in Ethiopia, can you confirm that?

Tewolde: I confirm three cabin crew members have tested positive. I have been speaking to them every day and they will be out when they complete their 14-day-quarantine because they are in very good health. We have been complying with all the guidelines of WHO and ICAO (International Civil Aviation Organization) in terms of protecting our staff. We give them all the training, the briefing every day before they start flying. We give them all the protective masks, gloves and sanitizers and what they need to do very frequently like wash their hands and also use the sanitizers every now and then. To avoid contact with passengers with high fever and to stay in their hotel when they go abroad, avoid mixing with crowds and going around. It has been very effective. 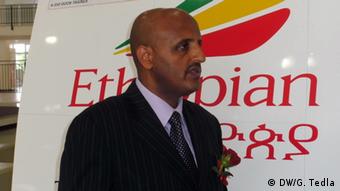 DW: You mentioned that many people are very grateful that you are maintaining some flights, but other people are also wondering why continued flying to China while other airlines stopped. Can you remind us what was your reason to do so?

DW: But to China, other African airlines stopped.

Tewolde: Yes, African airlines stopped flights, but Emirates didn't stop flights to China, as you know. There are airlines who have suspended flights for their own reasons, but there are also many airlines like Singapore Airlines, Japan's Nippon, Thai Airways, which are still flying.

DW: The Hajj, the Muslim pilgrimage to Mecca in Saudi Arabia, might be compromised by this crisis. It is a major market for you. How are you expecting this to play out?

Tewolde: To be honest, I don't think it will happen this year.

DW: How will that affect you?

Tewolde Gebremariam is the Chief Executive Officer of Ethiopian Airlines

The skies over Ethiopia and Eritrea opened to a first commercial passenger flight in two decades, giving tailwind to the peace process between the neighbors that severed ties in a border war. (18.07.2018)

Ethiopian Airlines has become the first airline to resume flights of the Dreamliner jet, while Japan's ANA is set to begin tests. The Boeing 787 was grounded worldwide three months ago owing to battery problems. (27.04.2013)