The UN's World Food Program has sounded the alarm over the high number of people it says require emergency food assistance in the conflict-hit region of northern Ethiopia after seven months of fighting. 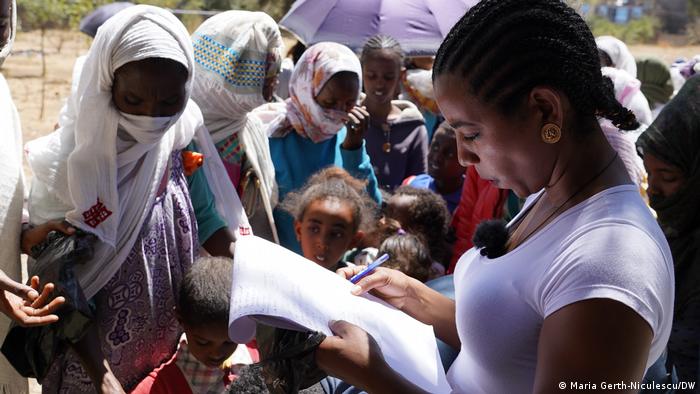 More than 90% of people in Ethiopia's war-torn region of Tigray need emergency food aid, the United Nations warned on Tuesday.

The UN World Food Program (WFP) sounded the alarm as officials appealed for $203 million (€166 million) to tackle the problem of hunger there.

"A total of 5.2 million people, equivalent to 91% of Tigray's population, need emergency food assistance due to the conflict," WFP spokesman Tomson Phiri told reporters in Geneva.

"We are deeply concerned at the number of people we see in need of nutrition support and emergency food assistance," he added. 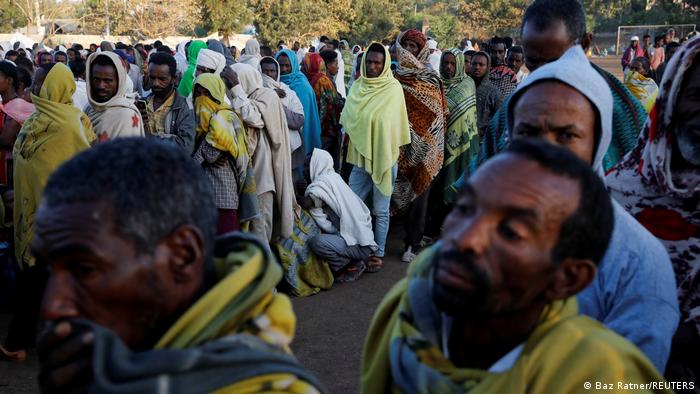 The UN's WFP says millions more are needed to help those in Tigray affected by the fighting, which broke out in November

What could happen without urgent aid?

"There is a serious risk of famine if assistance is not scaled up in the next two months," wrote Mark Lowcock, the UN's top emergency relief coordinator, in a briefing note seen by news agency AFP.

He said "over 90% of the harvest was lost due to looting, burning, or other destruction, and that 80% of the livestock in the region were looted or slaughtered."

The WFP said the instability was undermining the efforts of humanitarian workers to reach vulnerable communities in Tigray, especially in rural areas.

The agency said it has provided emergency aid to more than a million people since it started distributions in northwestern and southern areas of Tigray in March.

But Phiri said the UN body was "alarmed at the impact of conflict on already high levels of hunger" after seven months of fighting.

The army moved to detain and disarm leaders of the Tigray People's Liberation Front (TPLF), the region's former ruling party, which the government accused of attacking military bases.

The TPLF dominated national politics for decades until Abiy came to power in 2018. 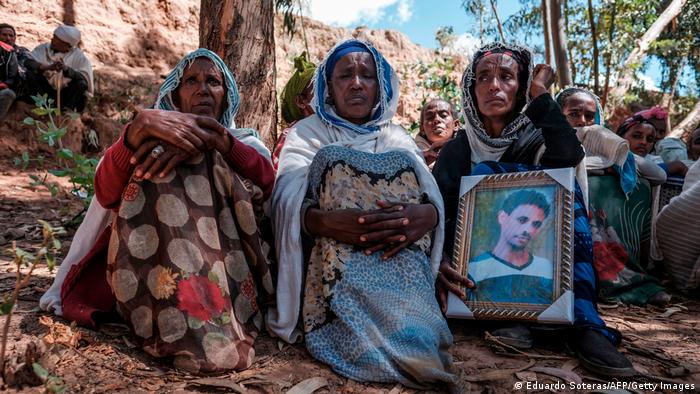 Locals mourn the victims of a massacre allegedly perpetrated by Eritrean soldiers in the village of Dengolat, North of Mekele, the capital of Tigray on February 26, 2021

The TPLF accuses the Ethiopian government and neighboring Eritrea of launching a "coordinated attack" against it.

Abiy, whose forces are backed by troops from Eritrea and fighters from Ethiopia's Amhara region, declared victory in late November.

Fighting and reports of human rights abuses have continued, prompting fears of a protracted conflict with devastating effects on the civilian population.

On Sunday, a number of pro-government rallies took place to hit out at US sanctions slapped on Ethiopia over the brutal war. 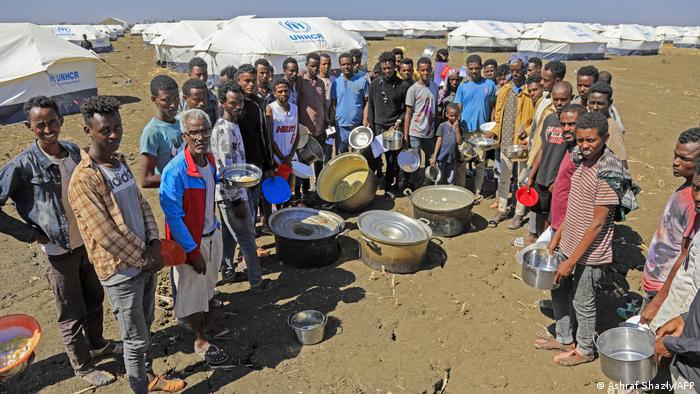 Many refugees from Tigray have fled to eastern Sudan

The conflict is estimated to have killed thousands of people, with as many as two  million people thought to have been forced from their homes.