An Ethiopian court has jailed three opposition politicians for life and a journalist for 18 years. They were among 20 out of 24 defendants convicted of "terrorism" in June. The sentences of the other four are pending. 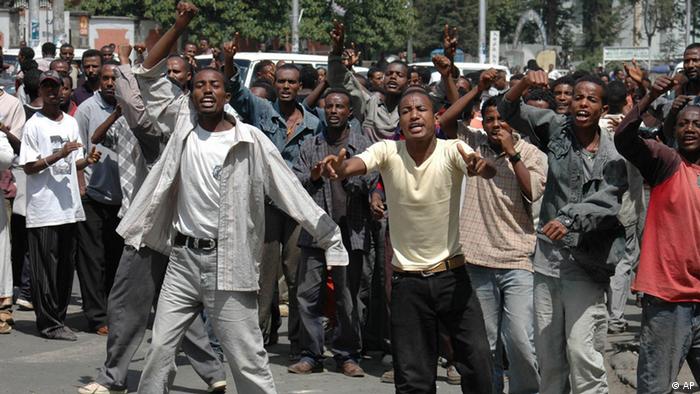 Journalist Eskinder Nega was jailed for 18 years, while opposition member Andualem Arage was given life. Both were in court to hear their sentences. Of the 22 others, 16 were convicted in absentia, having fled into exile.

They were accused of links to the US-based group Ginbot 7, considered a terrorist group under Ethiopian law, and pronounced guilty of terrorism charges at the end of June.

Andualem Arage was given a life sentence, purportedly because of the "heaviness of the case." He was also found guilty of serving as a "leader or decision maker of a terrorist organisation."

Ethiopia passed an anti-terror law in 2009 which gives the security apparatus carte blanche in suppressing dissent.

Eskinder Nega was detained after the rigged elections in 2005, but continued to post material critical of the government on the internet.

According to Laetitia Bader, who is following the case from Nairobi for Human Rights Watch, the Ethiopian government is "using every imaginable means to muzzle independent media and curb freedom of expression." According to her, it is therefore no coincidence that of the 24 charged under the anti-terror law, 11 are journalists. "This legislation is evidently one of the most effective instruments for nipping independent reporting and criticism in the bud," she says.

The two faces of Ethiopia

Ethiopia, seen by the West as a strategic partner, is presenting two very different faces to the outside world and never before has the contrast between the two been so vivid. There is Ethiopia the "African tiger" with two digit economic growth. In the capital Addis Ababa, new office tower blocks and hotels spring up at almost weekly intervals. And at the recent Rio+20 summit, Ethiopian Prime Minister Meles Zenawi was able to present himself as one of Africa's most accomplished and articulate speakers. 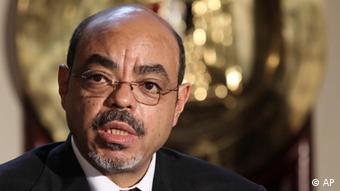 The other Ethiopia is a land in which there is political repression, ethnic division, skyrocketing inflation, and rampant youth unemployment. This is fertile ground for a North African-style revolution. Activists mounted a campaign called "Beka" (Amharic for "enough") in 2011. However, it was limited to the internet and Facebook; the all-powerful security apparatus would have prevented any other expressions of dissent.

Following the controversial reform of media legislation in 2008, yet another amendment is causing consternation. It is the Telecom Fraud Law which has just been passed. It places restrictions on the use of internet telephony or Voice over Internet Protocol (VoIP). This technology is used by services such as Skype. In the past, Ethiopia's telecoms monopolist Ethio Telekom has simply switched off the country's text messaging service whenever it felt the need. In 2005, students had used the service to organise protests.

Activists fear a similar crackdown on VoIP. Foreign media reportsseem to confirm their suspicions. They alledge that the Telecom Fraud Law was instigated by Ethiopia's intelligence service, the Information Network Security Agency (INSA).

The latest in a series of repressive laws

Hailu Araya from the opposition party UDJ (Unity for Democracy and Justice Party) sees the Telecom Fraud Law as just the latest in a series of such pieces of legislation. "The NGO Law was designed to muzzle civil society, the same is true of the anti-terror and media laws," he explains. According to Araya, the latest bill is designed to prevent the free flow of information. "We are talking here about a system that controls everything," he told DW in a recent interview.

Donor nations, which paid Ethiopia $26 billion (21 billion euros) in development aid between 1991 and 2009, have given vent to only faint-hearted criticism. In its human rights report for 2011, the European Union does express reservations about the media legislation in Ethiopia. But the EU representative in Addis Ababa, Xavier Marchal promptly sounds the retreat in an interview with DW declaiming "We mustn't forget that the Ethiopia is a sovereign state." 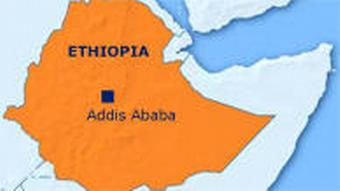 But when the television cameras are switched off and the microphones packed away, Ethiopia's partner nations freely admit that they have run out of sanctions to impose following the freezing of direct budgetary aid after the chaotic elections of 2005.

A tragic accident illustrates how desperate life has become for many Ethiopians. The corpses of 40 Ethiopian refugees were found in a lorry in Tanzania at the end of June. They had suffocated to death while on their way to South Africa via Kenya and Malawi. They preferred to risk a dangerous and costly escape attempt organised by people smugglers, whom they knew to be quite without scruples, rather than stay in their own country.