The slaying of vocalist and activist Hachalu Hundessa has triggered violent protests across Oromia and Addis Ababa. The government has been accused of cutting internet access to suppress the unrest. 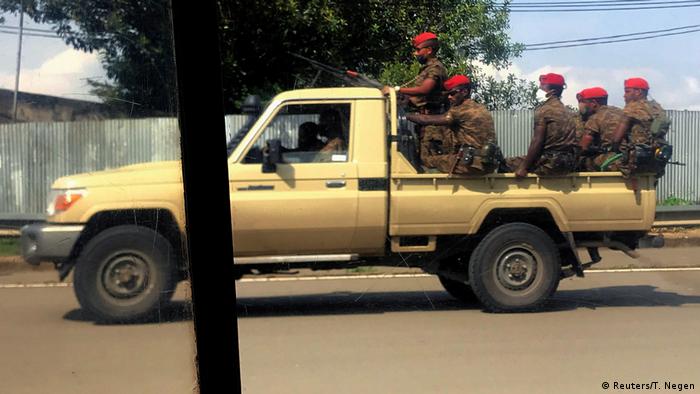 The number of people killed in protests in Ethiopia following the assassination of popular singer and Oromo activist Hachalu Hundessa has jumped to over 155 from the initial count of 80, authorities announced on Sunday.

The killing of Hundessa on Monday had triggered a week of unrest, with police being deployed en masse to patrol the streets.

Most deaths in Oromia

The region of Oromia was the worst affected by the demonstrations that erupted, with unrest spilling over to the capital Addis Ababa.

Head of the Oromia Security and Peace Bureau Jibril Mohammed said that 156 of those who died were in the Oromia region alone, adding that more deaths might be reported later on due to the number of injured people being treated in hospitals.

Some 145 of the casualties are civilians while 11 are security personnel, according to Mohammed.

Last week, the internet was cut abruptly, with analysts and rights groups saying the move was an attempt to quell the protests and make it difficult to monitor the scores of killings.

More than 2,280 people were arrested in Oromia and Addis Ababa, including prominent Oromo activist Jawar Mohammed, and more than 30 supporters. It is not clear what charges they might face.

Human Rights Watch warned that the arrest of opposition figures "could make a volatile situation even worse." 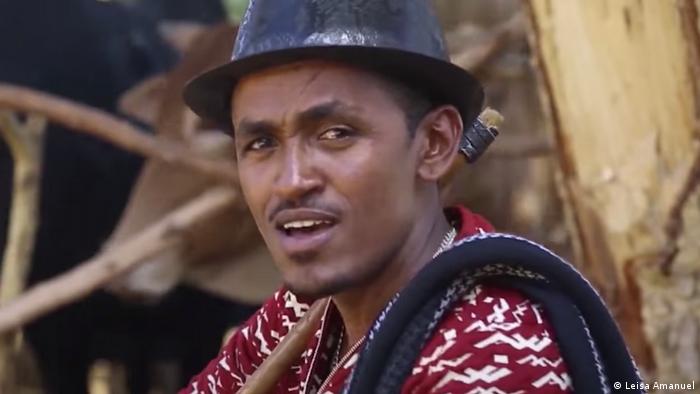 Hundessa was famed for his political songs and had been considered a prominent voice for Ethiopia's Oromo — the country's biggest ethnic group in terms of population.

Hundessa had helped spearhead anti-government protests that led Abiy to come to power.

The context of Hundessa's killing was not immediately clear, although the US Embassy in the Ethiopian capital said Hundessa's supporters had blamed security forces and "assume a political motive." 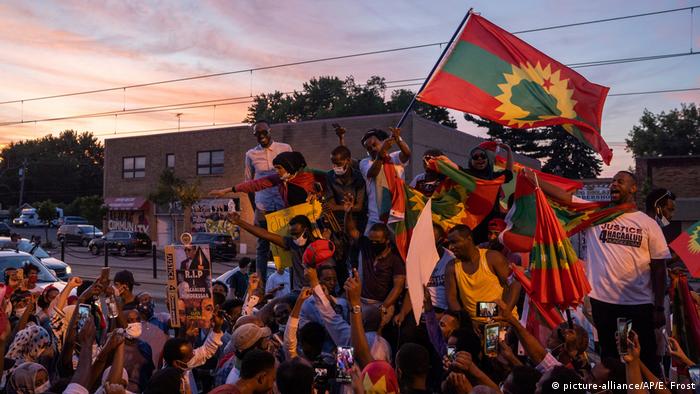 Protests over Hundessa's killing have spread to the US, Germany, London and Lebanon

A Nobel Peace Prize recipient, Abiy was once hailed for introducing drastic reforms in Ethiopia.

Speaking about this week's violent unrest, he said despite calls for peace, dissidents had "taken up arms" against the government. Those who participate "in the destruction of the nation cannot be considered guardians of the nation," Abiy said on Friday.

Murithi Mutiga, project director for the Horn of Africa with the International Crisis Group, said that tensions in Ethiopia have also been rife in recent weeks due to an armed insurgency in parts of the country as well as the government's deferral of an upcoming election, who had cited the coronavirus pandemic.

"This is not the first but one in a long line of grave provocations by an actor not yet identified," Mutiga said, adding that the "wiser course of action is to strive to create an atmosphere of reconciliation and dialogue."

Egypt, Sudan and Ethiopia have agreed that Ethiopia will delay filling its dam on the Blue Nile until talks are held to resolve differences. But Ethiopia says it still wants to fill the dam within the next two weeks. (27.06.2020)

The Ethiopian government has pardoned numerous political prisoners. The effort is part of a larger drive to initiate a "national dialogue" after a year of civil war with forces from the Tigray region.