The meteoric comeback of Estonia's handcrafted concert pianos has come to symbolize the tiny Baltic state's transformation from a Soviet Republic to proud member of the European Union. 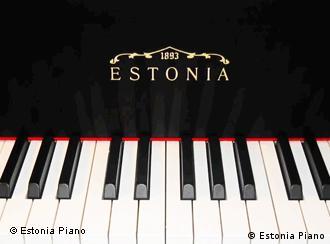 Some say Estonia Piano's comeback is symbolic of the nation's rebirth

When Joseph Stalin turned 70 in 1948, every Soviet Republic was forced to present him with a gift.

Estonia, a tiny republic on the northeastern shore of the Baltic Sea chose to pay tribute with a grand piano handmade by Ernst Hiis, the master craftsman who was trained by Steinway in Hamburg.

Stalin liked the sound so much he ordered Hiis to be the sole manufacturer of concert grand pianos for the entire Soviet Union.

Hiis' company, Estonia Piano, thrived in the Soviet era. But when the union disintegrated, so too did its only market. By 1995, production had fallen to 50 pianos a year, down from 500 in the heyday of communism.

The company faced a grim future, until a 27-year-old Estonian pianist who'd recently graduated from New York's Juilliard School of Music came along with a vision: Buy the company and restore it to its previous grandeur. 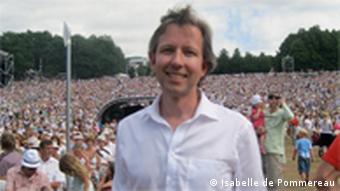 Indrek Laul bought the company and turned it around

"I had the feeling I could do something about this," says Indrek Laul, an Estonian native who shares his time between Tallinn and the United States. He based his strategy on quality. "I felt sure that if we could produce a better piano, we would succeed."

"We didn't want to get into mass production," Laul says. "We wanted to focus on high-quality, handcrafted grands, and we went directly to the US - it is such a big market for concert pianos."

Laul bought the company's stock throughout the 1990s and became its owner in 2001. He opened a new factory in Tallinn, introduced hundreds of changes to his pianos and enlisted his parents - both famous Estonian musicians - to test the new models before he started shipping them to New York.

In just 10 years, Estonia Piano has sold 3,000 concert grand pianos, mostly in the United States. With a sound quality equal to the finest European brands and Estonia Piano's prices can be up to half those charged by Steinway, Bösendorfer or Bechstein, partly because it uses no middlemen.

Maestro Neeme Järvi, the former conductor of the Detroit Symphony Orchestra who returned to his native Tallinn this year, calls Estonia pianos "one of the best-kept secrets in piano making today."

Along with the Internet phone system Skype, the world's first e-voting system, and its volunteer-only cyber army, Estonia Pianos are perhaps Estonia's best known export articles, a testament to the breathtaking transformation of this former Soviet republic into one of Europe's most integrated, high-tech savvy and innovative countries.

No other European country has achieved so much so quickly. In barely two decades, Estonia joined the European Union, the Schengen passport-free zone and NATO. In 2010, it was the first former-Soviet Republic to be admitted to the OECD, and this year, going against the gloom prevailing among eurozone members, it became the first Baltic state to join the common currency club, another sign of the country's determination to safeguard its independence from Russia, its mighty neighbor and former occupier. 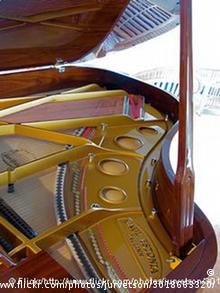 The pianos are handcrafted in Estonia

To meet eurozone acceptance criteria, the Baltic country doggedly swallowed tough austerity measures few other European countries might have accepted. Now the 17th eurozone member is the club's smallest and poorest member, but the country with the lowest debt.

On Saturday, when Estonia celebrates the 20th anniversary of the restoration of its independence, this dynamic little country will stand as living proof that former Soviet nations cannot only survive but also thrive.

"Estonia Piano personifies the country of Estonia and how quickly it developed and acclimated to being a proud part of Europe," says Glenn Treibitz, owner of Hollywood Piano in Burkland, California, which was the first American piano dealer to import Estonia pianos in the mid-1990s. "It's a part of the bigger picture of Estonia being able to reinvent itself – it's almost representative of that dynamic change, and it's something Estonia holds a great deal of pride in."

Anders Åslund, a senior fellow at the Peterson Institute for International Economics in Washington DC, calls Estonia a "resounding success in all relevant regards." Estonia's commitment to education, its willingness to make sacrifices for a greater good, and its business-friendly tax regime – its flat-tax rate, no corporate income tax as long as profits are reinvested back into a company - have acted as powerful incentives that have also fueled the success of Estonia Piano.

It is as though Estonia was using its culture and known-how to make up for its tiny size and remoteness, and to safeguard its independence.

"We are small, but we are thinking big," says Linnar Viik, rector of the Tallinn-based Estonian IT College. "We have 1.3 million people. That's barely enough to make an innovation fly. Seen in an international context, there is a pressure on start-ups to be international from day one." 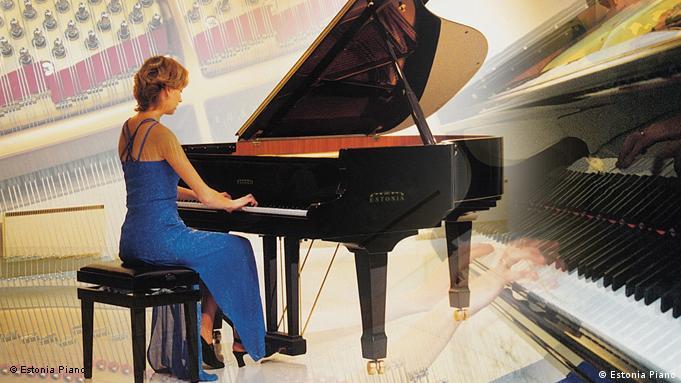 Estonia Piano made 500 pianos per year under the USSR

Viik says the Estonia Piano story is one of the greatest sources of pride in a country with a piano-making tradition dating back 200 years. Before World War II, there were a dozen piano makers around Tallinn. But Stalin closed down most of them, thus squashing the art itself.

"Estonia has no oil, nothing we can drill for, so music has always been our country's natural resource," Indrek Laul says. "But art needs variety - when you don't have different piano sounds, it's not good for the art."

It is from its Tallinn factory that the company's skilled masters handcraft roughly 400 instruments per year. The number is small – giant Steinway manufactures roughly 5,000 pianos a year - too small for Estonia Piano-hungry US piano dealers.

But the company uses neither cheap parts nor cheap labor. No parts are made in China and no manufacturing done in the Czech Republic as other famous Western piano manufactures do.

"Estonia pianos are cheaper than Steinways (and) more expensive than Chinese-made – they succeed because they are better value for the price than either,' says Bill Waddell, a lean manufacturing consultant in Sterling, Illinois. 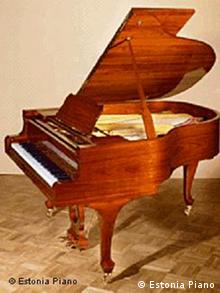 When Glenn Treibitz of Hollywood Piano Company first got to know Estonia Pianos, long before Indrek Laul had taken over the company, the pianos were good, but a world apart from what they are today.

"Musically it sounded nice, but the fit and finish wasn't up to anything up built in Europe that was more expensive," says Treibitz.

Laul revived the company by introducing no less 300 changes to the pianos. Estonia Piano had always made concert instruments only, but Laul introduced a new model, a smaller "studio grand" designed to fit most American homes.

In the past, Estonia had only made black pianos. Laul introduced African mahogany and walnut wood to better suit American taste and living rooms.

"Those of us who sell high quality pianos were looking at the next piano that was going to give us an edge," says Treibitz. "Estonia is that piano. It's gotten to the point where they could compete against just anything. And it's not just the price."

The Larry Fine piano book, considered the bible of piano buyers, ranks Estonia pianos between 7th and 18th among the world's top 80 brands. A 5'6 Bechstein grand piano sells for $93,600. An Estonian 5'6 which, according to the Larry Fine book, is equivalent in quality to the Bechstein, for $36,700.

"The only problem, they don't make enough pianos."

Can't get enough of the classical piano? Then head to Germany's Ruhr Valley. Until late July, great players and young talent alike are taking to stages across the region as part of its annual Piano Festival. (09.06.2011)

Norwegian classical musician Leif Ove Andsnes is the Berlin Philharmonic's Pianist in Residence this season. Andsnes talked with DW about one program he selected, from which you can hear excerpts below. (24.12.2010)

A piano is like a lion in the savannah, says pianist Helene Grimaud

Helene Grimaud's outstanding musicianship has won her much press, as has her spirited, independent mindset. She talked with DW about being a female performer, raising wolves and the occasional loneliness of her career. (22.09.2010)