ESA chief Jan Wörner on ExoMars, the future of Plato and a moon village | Science | In-depth reporting on science and technology | DW | 18.01.2017

ESA chief Jan Wörner on ExoMars, the future of Plato and a moon village

In an interview with Deutsche Welle, Director General of the European Space Agency, Jan Wörner, outlined the agency's plans for Mars, the moon and dealing with satellites in deeps space. 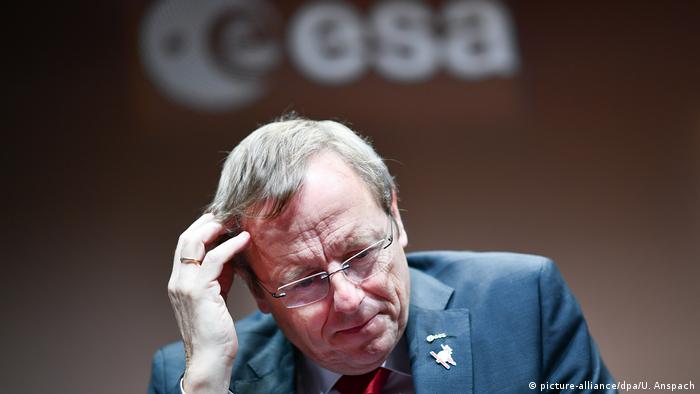 DW: Mr. Wörner, what were you most excited to announce today?

Jan Wörner: For me, the most important thing was not the facts and figures - this is of course very nice - but the future, the strategy, how we are realizing Space 4.0 and uniting space in Europe.

What's the status of the moon village?

The moon village is a concept. Meaning that we, as ESA, are proposing to all different actors worldwide to go to the moon, to do something over there jointly. Which does not mean having each and every detail [arranged], or a fixed situation, but to use the moon as a place for different activities - mining, tourism, science, moon science - and also as a stepping stone for further travels into our solar system.

But there is no explicit mission or funding at this point?

There are several explicit missions. But not one project of ESA's where we say, "This is what we're doing right now." We also have ideas, we have some missions together with the Russians, an idea of a lunar mission. And there are some other missions worldwide. We're getting a lot of contacts right now from different entities worldwide who're saying, "We'd like to go to the moon, let's be part of the moon village." So there are companies, but also space agencies. 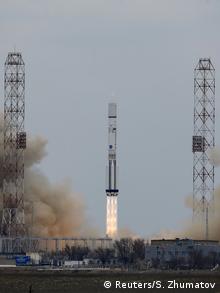 Exoplanet fans received some news today about ESA's PLATO mission - can you tell us more about that mission and about the updates?

PLATO … will look for extrasolar planets, so we're looking for planets beyond our solar system. The discussion we had today was whether PLATO will be delayed because of ExoMars, and I have to clearly say no, that is not the case. We are using some of the funding we have in our budget … for ExoMars to recover and to help ExoMars 2020 to be realized. But this is not to the detrement of missions like PLATO or others that we have, like eLISA for gravitational waves. We are using what we get as additional funding from members state to secure ExoMars, and at the same time we are going on with PLATO.

There was some unfortunate news today about the Gallileo satellites, Europe's high-precision positioning system. What's wrong with them?

Another German, Matthias Maurer, was announced as a reserve astronaut. What does his future look like?

We'll come back to this situation in about one month's time. Today I just said that in the 2009 class of astronauts, at the selection process, Matthias Maurer was a reserve in that class. And he is with ESA, and we will activate him. But we will present all of this in February.

Jan Wörner is the Director General of the European Space Agency.

Eugene Cernan, last man to walk on the moon, dies at age 82

Former US astronaut Eugene "Gene" Cernan has died, according to the US space agency NASA. The ex-naval officer made three trips into space, including two to the moon. (16.01.2017)

The European Space Agency (ESA) will push ahead with the troubled Mars Rover project after receiving funding from its 22 states. However, scientists are not happy with the funding for asteroid defense. (02.12.2016)

America knows that "government no longer has exclusive access to space." Does Europe? ESA members meeting in Lucerne this week will bank on a future of public-private partnerships in "Space 4.0." (30.11.2016)

A Russian spaceship carrying three astronauts from around the world arrived at the International Space Station Saturday. The crew will conduct experiments on biology and physical sciences in microgravity conditions. (20.11.2016)

If the flight goes ahead as planned, it will be a "Wright brothers' moment" for planetary exploration, a top NASA scientist said.