The European Space Agency (ESA) will push ahead with the troubled Mars Rover project after receiving funding from its 22 states. However, scientists are not happy with the funding for asteroid defense. 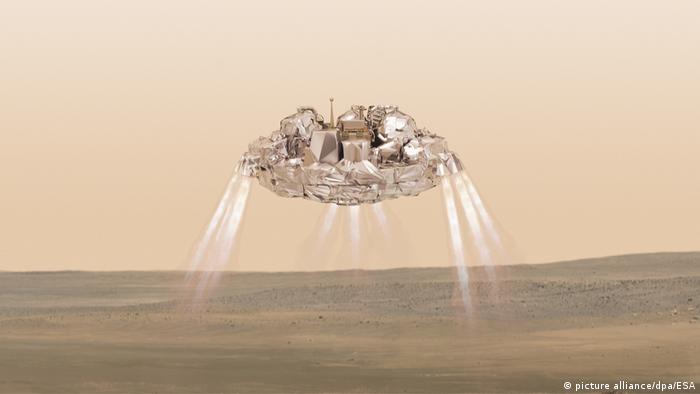 ESA member-states approved a total of 10.3 billion euros ($11 billion) for various space-related projects on Friday, after a two-day ministerial summit in Lucerne, Switzerland.

"This is a big amount of money for the future, it allows us to really go forward and covers all the different areas," said ESA Director General Jan Wörner.

The programs include earth observation, telecommunication and satellite navigation, as well as improvements in rocket technology. Also, ESA will receive around a billion euros to keep its post on the International Space Station (ISS) until 2024. The station is currently home to three Russian, two American and one European astronauts. Canada and Japan are also involved in the ISS.

Most notably, the European nations gave the green light for stage two of the prestigious ExoMars project, pledging almost 440 million euros more for ESA to send a life-seeking rover to Mars. The agency had already earmarked 1.5 billion euros for the joint project, partnering with Russia.

The program has been hit with delays and technical issues, pushing the planned launch date from 2018 to 2020. In a key setback last month, ESA's test lander Schiaparelli crashed into Mars due to a sensor malfunction, marking a second failure to reach the planet's surface.

A further delay was not an option, according to Wörner,

"It's not an easy thing, but we are confident we will succeed," he said.

Gearing up for 'Armageddon'

ESA was also asking for funds to finance the Asteroid Impact Mission (AIM) program, exploring how to deflect an asteroid threatening Earth.

"The program AIM could not get the full subscription we needed to ensure this program runs smoothly," Wörner said, adding that the agency would continue to study asteroid defense in other ways.

"These asteroid activities, looking at how we can really defend our planet in case something is happening and Bruce Willis is not ready to do it a second time... will be continued," he said, referencing the 1998 movie Armageddon in which Willis plays a character that saves the Earth from destruction.