Eon turns its back on Desertec renewables initiative | Business| Economy and finance news from a German perspective | DW | 11.04.2014

Eon turns its back on Desertec renewables initiative

German utility giant Eon has announced it will not continue its participation in the Desertec Industrial Initiative beyond its current contract expiring at the end of 2014. It's another major blow to group. 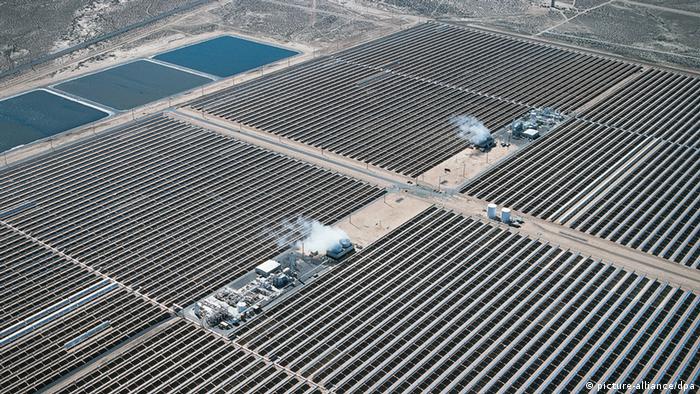 The Desertec Industrial Initiative, started in 2009 and aspiring to help begin transporting solar and wind energy from North Africa and the Middle East to Europe as of 2020, lost yet another big supporter when Germany's power supplier Eon announced that its cooperation would end later this year.

"Eon aims to focus exclusively on its own projects while keeping an eye on renewables markets in Africa and the Middle East," the company announced in a statement Friday.

The German utility firm has not been the first domestic company to lose faith in the Desertec initiative, with the whole project envisaging investments to the tune of 400 billion euros ($555 billion) over the next few decades. Eon follows in the footsteps of German electronics and engineering firms Siemens and Bosch, both of which had parted with their solar energy divisions.

Europe to be powered by the African sun

According to a report in the daily Süddeutsche Zeitung, another lender, notably Germany's HSH Nordbank, had also called it quits.

By contrast, Eon's rival, the German power supplier RWE, reiterated its support for DII, announcing in a statement that it believed in the future of the multinational industrial initiative.

Desertec project officials believe the project could result in 600 terawatt hours being transmitted from desert regions to Europe annually, more than the whole of Germany consumes per year.

Critics have repeatedly warned the technology involved in the transport would be far too expensive to pay off in the end. They've also pointed out that, with African nations on the rise economically, their power needs would skyrocket, meaning that they would not have any excessive capacities to sell to Europe by the time the grand scheme became operational.