″Energy Passports″ for German Homes | News and current affairs from Germany and around the world | DW | 20.08.2004

Under EU regulations, European homeowners will be required to have their property inspected for energy efficiency starting in 2006. German pilot programs got underway this week. 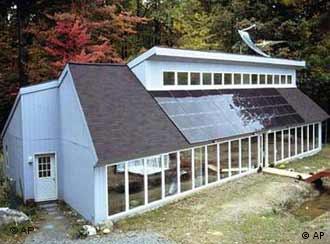 Ulrike Leidinger has witnessed dispute after dispute between landlords and tenants over utility costs. The fights usually begin about a year after new renters move in, the energy consultant at the Consumer Center in Aachen told dpa news service.

"After one year, they get totally upset when they receive their bill for heating costs and have to pay a lot more than they had estimated," she said. Each year, the consumer center receives hundreds of complaints from renters over utility costs.

With the introduction in Germany of a new law requiring "energy passports" for home and apartment owners, the government is hoping to create more transparency vis-a-vis potential energy costs. The legislation follows regulation from the European Commission in 2003 that requires the passports in order to reduce carbon dioxide emissions by improving energy efficiency.

Under the regulations, due to take effect in 2006, landlords will have to present an energy passport with information about a home or apartment's energy efficiency and costs before the contract is signed by a renter or buyer. The energy certificate is intended to give renters or potential buyers the information they need to determine whether a home is energy-efficient or potentially energy eating.

Currently the Consumer Centers in the German state of North Rhine-Westphalia, working for the German Energy Agency, are carrying out a pilot program in 10 cities that is serving as a prototype for what will happen in 2006. 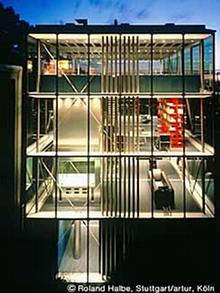 As part of the project, which began this week, the centers will locate 100 homeowners in the region willing to undergo the so-called "energy check." The inspection covers the building's frame and anything that could effect energy efficiency, like windows, masonry, ceilings and the condition of the heating system. All of the data is then poured into a new computer program that then processes it and produces a grade ranking for the building's energy efficiency.

North Rhine-Westphalia's environment minister, Bärbel Höhn, said the passports would do for homes what so-called TÜV inspections have done for cars.

"Every car-owner knows exactly how much gas his car uses," she said, according to Berlin's tageszeitung newspaper. "But the high energy costs of an apartment or house are mostly unknown."

But others aren't sold on the idea. Germany's main homeowner's association, Haus & Grund, has rejected the energy passport requirement, saying it runs counter to the government's stated deregulation plans.

Manger added that the additional financial burden on homeowners would make them less motivated to invest in modernization measures to make their building's more efficient.

Good for renters and owners? 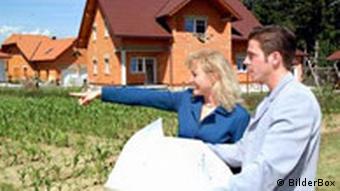 One of the first volunteers is Reinhold Weiss, a home owner in the town of Aachen who registered his house to be part of the pilot program. His 100-year-old building includes seven rental apartments.

"Low energy costs interest renters," he told dpa. "Our experience with renters is that they tend to ask about these things," he added, citing the main reason for his participation.

Despite its relatively old age, Weiss' building is partially insulated, but he has resisted remodeling the house's facade.

"The house has a large number of windows. Would it really help if I remodeled it," he asked himself, hoping that the energy check would help answer that question. And that's one of the plus sides of the inspections -- like mandatory car checks, they also provide the owner with tips for modernizing the home and making it more efficient.

As one of the 10 test cities, Aachen is approaching the project from the assumption that there are many others like Weiss. Close to 80 percent of the homes in the city are over 25 years old, said energy expert Maria Vankann. 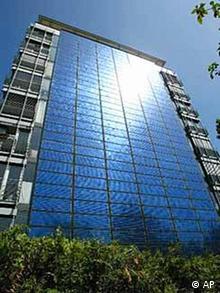 A price-winning high-rise building in Freiburg with solar cells

"If all of those homes cut back on their energy consumption, it will improve the microclimate in the city," which is surrounded by hills and thus has its own mini-greenhouse effect on bad days, Vankann told dpa.

Even before the city began advertising the new program, 25 people registered interest in the energy passport. Consumer consultants believe the inspection's low price has made it attractive to homeowners.

The prices range from €150 ($184) for a two family house in Aachen to as high as €395 in the city of Gütersloh, which is also part of the program. But most observers believe the prices will increase when the program is rolled out nationally in 2006.

Getting the Green Light

The 10 candidate countries joining the European Union in May face a daunting list of environmental requirements that must be met as stipulated in the bloc's membership criteria. (April 29, 2004)

More information on the topic

The European Union plans to invest up to €300 billion to reduce its dependence on Russian fossil fuels, the European Commission announced.