Emergency shelters should be temporary, but they need long-lasting engineering | Science | In-depth reporting on science and technology | DW | 23.07.2014

Emergency shelters should be temporary, but they need long-lasting engineering

How can emergency shelters provide refugees with more than just a tent? A German designer has developed a shelter system that offers a flexible space and a more dignified home under canvas. 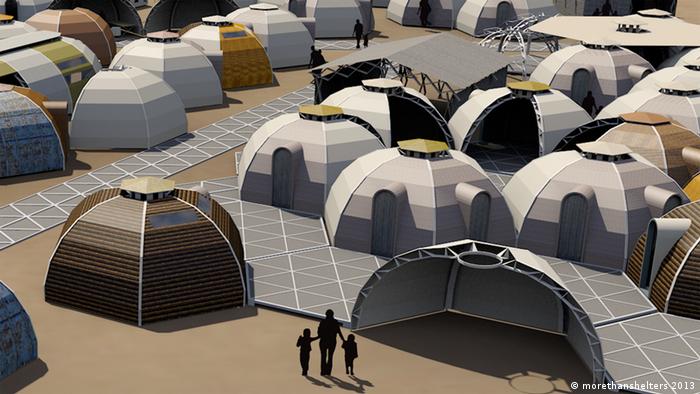 When you think of a refugee camp, what probably comes to mind are neat rows of white tents, communal kitchens and people trying to make the best of a bad situation that's supposed to be temporary.

The reality can be quite different.

Refugee camps are often located in remote and difficult environments. And whether it's because of a natural disaster or conflict, displaced people may find themselves living in tents or improvised shelters for years, sometimes decades.

"A tent is very good to deliver short term relief. It's very lightweight and can be transported to any area of the world very quickly. But then the problems start," says Daniel Kerber.

His team has designed a new shelter system called Domo. It is a tent-like shelter that is easy to set up and long-lasting. But unlike standard humanitarian-issue tents, the Domo is highly adaptable to climates and to people's needs.

Kerber says the Domo concept is to focus more on the needs of refugees than simply serving the logistical needs of humanitarian agencies providing mass emergency shelters. 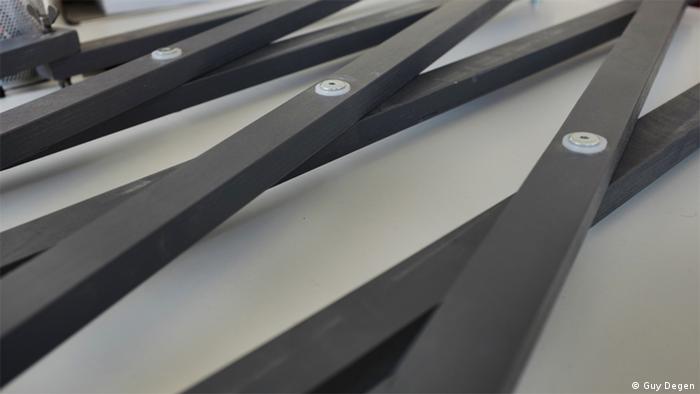 Close up: the structure of the Domo "pops out of nothing"

Pops out of nothing

The Domo shelter package is designed to weigh the same as a standard tent, approximately 50 kilograms.

From the outside, the basic Domo resembles a big igloo in shape. It has six sides and is covered with a cotton shell. Inside the 25 square meter shelter, the ceiling is nearly three meters high, making it very comfortable to walk around.

The curved frame that forms a dome is made of six fold out arms which can be made from, either plywood, metal or even recycled plastic.

"This is our main invention. We had to invent a very stable structure that pops out of nothing," says Kerber.

He says the lattice-like fold-out arms allow two people to easily erect a Domo without any additional tools. 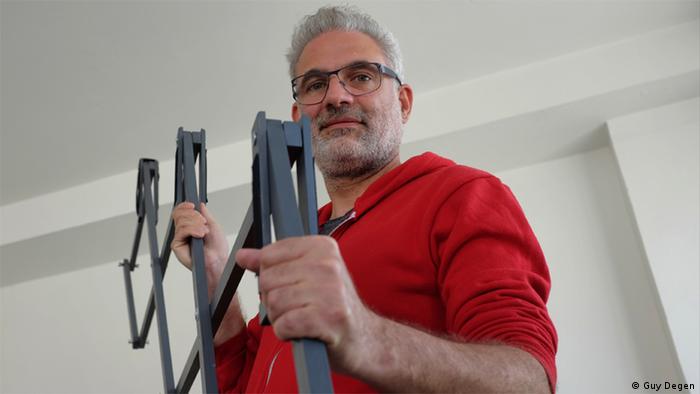 "Once you unfold it and lock it - you can do that within 10 seconds - you now have a huge diameter covered and if you put six of those together you have the room defined. And that's quite a big room that comes out of a box in a few minutes and is really stable."

Kerber says that standard camp tents need to be replaced every six to eight months. However the main structure of the Domo can last around 10 years - only the outer fabric needs to be replaced or upgraded according to climatic conditions.

Moreover, along with the Domo's resilient physical properties, Kerber believes humanitarian shelters should avoid a "one size fits all" approach. He says they should take into consideration people's cultural and social needs.

"If you have an African family coming to a refugee camp, like 20 people, today they are all separated because they have to live in a five person tent," he says.

"If you take the Syrian crisis now, you see the refugees coming across the border into Jordan, basically they are huge families, there are kids so then you have to separate kids from their mother." 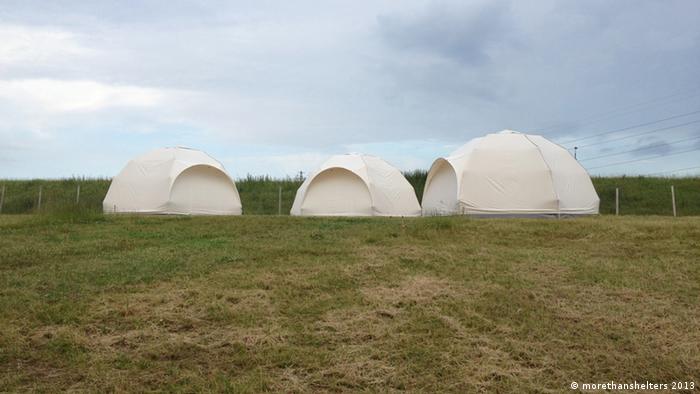 Field tests have been successful - but the Domo needs full certification

He says the Domo changes this.

A shelter for diginity

The stress of living in a refugee camp can sometimes be highly volatile. The Zaatari camp for Syrian refugees in northern Jordan for example is now home to more than 100,000 people.

Since opening in 2012 it's evolved into a giant city and violent riots have broken out several times.

Along with sandstorms, weather conditions in Zaatari can be extreme: blazing hot in summer and bitterly cold in winter.

Shelters for example could be grouped in clusters for larger families. And for when refugees need to stay longer, the Domo can be transformed from a tent into a hut or even a house.

"Basically that is what I've researched for a long time: How do people feel in different spaces? And how does the space affect your emotions?" 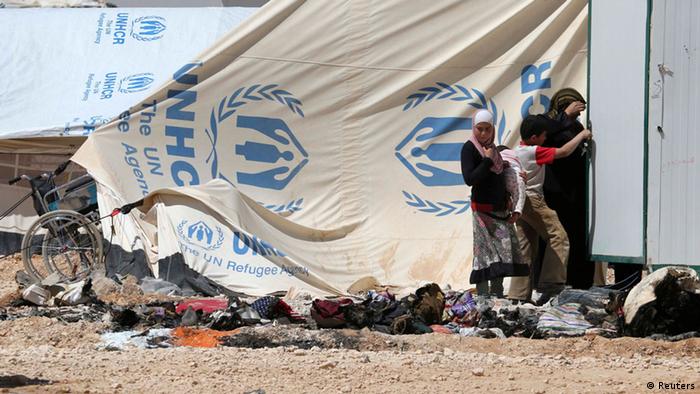 Refugee camps can be tense places: the Zaatari camp in Jordan has seen riots

Stefan Tahn is a relief expert with the agency and believes the Domo system will change how humanitarian workers think about refugee shelters.

"The Domo can grow and adjust to changing situations and it's very important I think that people themselves can change the Domo," says Tahn.

"People themselves can decide themselves how their new homes will look like. And therefore I think Domo will have a very positive impact on the situation of refugees in camps such as Zaatari."

Morethanshelter's Domo system is now undergoing tests for certification and may enter service within a year. It's also now being considered for a range of purposes in camps such as pop-up classrooms and plant nurseries.

Together with Killian Kleinschmidt, the UNHCR's Zaatari camp manager, Kerber has established an Innovation and Planning Agency (IPA) within Zaatari - the first of its kind in a refugee camp.

As UN Secretary Ban Ki-moon aims to mediate in the latest conflict in Gaza, more than 50,000 displaced Palestinians have sought refuge in UN shelters. There have been more casualties on both sides of the conflict. (19.07.2014)