FBI investigators have said that classified US government information may have been compromised on Hillary Clinton's private server. The issue now threatens to affect her presidential campaign. 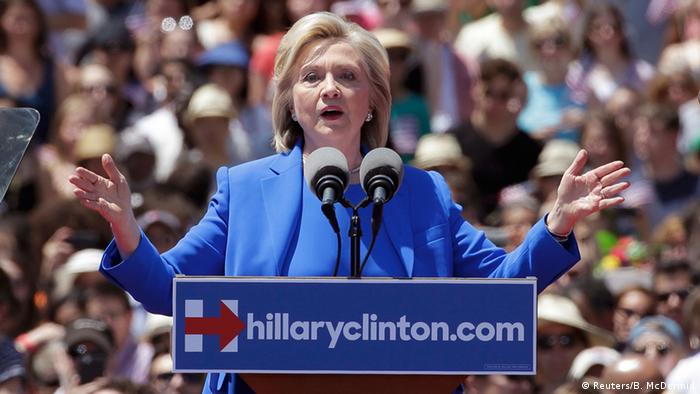 Former State Secretary and 2016 presidential candidate Hillary Clinton faced another round of challenges after she was accused of using her personal email for classified official information.

Inspector general Charles McCullough, who oversees intelligence agencies, wrote a letter to Congress saying that four emails out of a sample of 40 from a total of 30,000 emails sent or received by Clinton contained restricted materials.

"This classified information should never have been transmitted via an unclassified personal system," McCullough said in a joint statement along with his counterpart at the State Department, Steve Linick. McCullough said there were "potentially hundreds of classified emails within the approximately 30,000 provided by former Secretary Clinton."

The inspector general expressed concern that "classified information may exist on at least one private server and thumb drive that are not in the government's possession," referring to the private server Clinton had set up at her home in New York.

According to State Department officials, classified information is not to be sent via email even through a government work account. Officials must use separate secure communication systems.

Clinton's spokesman Nick Merrill said in a statement that she "followed appropriate practices in dealing with classified materials." However, the controversy could spur her opponents to renew their efforts to open her private server for public inspection.

"We are all accountable to the American people to get the facts right and I will do my part," Clinton said earlier.

The State Department has made public some of the emails with Clinton's correspondence and was ordered by a court to release more. Officials were planning to release all of the 55,000 pages of emails Clinton was to turn in by January 29, 2016, in accordance with the Freedom of Information Act.