The US has released almost 2,000 emails sent by Hillary Clinton during her time as Secretary of State. A federal court judge ordered their release after finding Clinton used a private address for official emails. 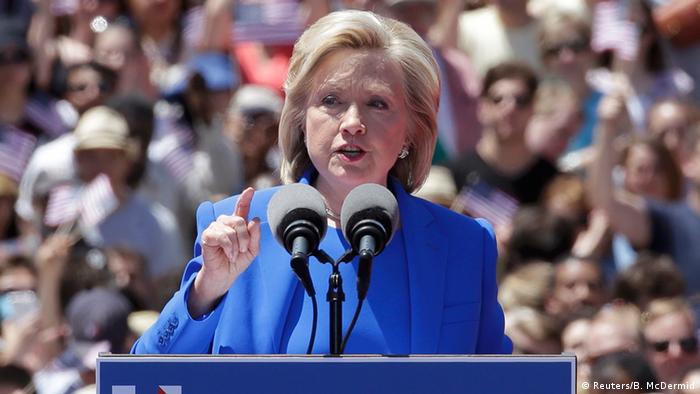 The vast number of emails, mostly sent in 2009, were made public late Tuesday night (local time) on the US State Department's Freedom of Information Act website.

Clinton's emails have been a major bone of contention during her bid for the 2016 presidential campaign. Republicans accuse her of using a private account, rather than a standard authorized address, for official emails while she was Secretary of State from 2009 to 2013 in an attempt to avoid public scrutiny over her correspondence.

Clinton had said she used her own server and email address for "convenience" and has turned over about 30,000 emails, amounting to some 55,000 pages to the State Department, the news agency AFP reported.

The communications contain schedules, emails with staffers and advisor Sidney Blumenthal, cables about China and apprehension over late Libyan dictator Moammar Gadhafi's visit to the US in 2009.

Officials will now work to archive the data, and make it available to the public, as is required by law.

The entirety of the archive will be made public, the State Department announced, after it has been purged of classified or confidential information.

Clinton has backed the move, vowing transparency in the process and stressing she elected to use a private email account for practical reasons rather than obfuscation.

She maintains that a number of emails were personal and deleted from her private server.

Hillary Clinton delivered her campaign "kickoff" speech in New York on Saturday. But as DW's Richard Walker found out, it wasn't just supporters who showed up to listen. (14.06.2015)

US Republicans hunt for treasure in State's Clinton trove

Hillary Rodham Clinton's e-mails give insight into the former secretary of state's office. But the first batch of messages released did not appear to support accusations made against the presidential hopeful. (23.05.2015)

The US released 296 emails Hillary Clinton received on her personal phone, some relating to a 2012 attack on a diplomatic compound in Libya. At FBI request, the State Department heavily redacted one tied to Benghazi. (22.05.2015)