CEO Elon Musk has threatened to move the company’s future car production out of California if its Fremont factory is not allowed to reopen. Coronavirus curbs currently forbid the electric car plant from operating. 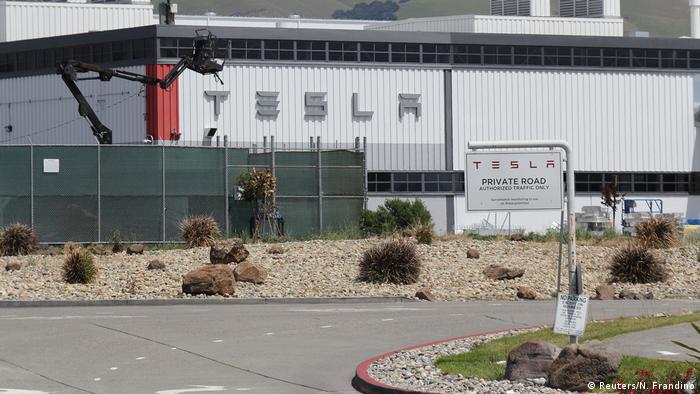 CEO of Tesla Elon Musk on Saturday threatened to move his company's factory and headquarters from California in a push to restart production that has shut due down due to the coronavirus outbreak.

The electric vehicle company also filed a lawsuit in federal court claiming that the Alameda County Health Department overstepped federal and state coronavirus restrictions when it prevented Tesla from restarting production at its factory in Fremont, California.

Tesla's lawsuit argues that its facility is considered "critical infrastructure" and that its employees should therefore be allowed to work during California's stay-at-home order.

"Frankly, this is the final straw," Musk wrote in a tweet. "Tesla will now move its HQ and future programs to Texas/Nevada immediately." Whether the company would continue current operations in the area depended "on how Tesla is treated in the future," he added.

Musk has been openly critical of the stay-at-home order since Tesla released its first-quarter earnings on April 29. He referred to California's coronavirus restrictions as "fascist."

The Tesla plant has been closed since March 23, when an order in the San Francisco Bay Area forced it to shut down to prevent the spread of the deadly virus. The order has since been extended until the end of May.

California Governor Gavin Newsom has upheld restrictions in the Bay Area counties while easing them in other parts of the state.

Alameda County's Health Department said in a Saturday statement that it had been working with Tesla on a safety plan that would allow the plant to reopen.

The statement also emphasized that sacrifices had to be made to protect the health of people in the region.

"It is our collective responsibility to move through the phases of reopening and loosening the restrictions of the shelter-in-place order in the safest way possible, guided by data and science," it said.

Mayor of Fremont Lily Mei said she was concerned about the economic fallout of extending stay-at-home orders without a provision that allows manufacturers like Tesla to resume. On Saturday, she encouraged the county to collaborate with businesses on "acceptable guidelines for re-opening."

Tesla is currently attempting to increase production of its Model Y sport utility vehicle, which is expected to generate record demand and profit margins.

The manufacturer produced nearly half a million vehicles at its Fremont plant in 2019. Experts have said moving production would be a massive undertaking that could take between 12 and 18 months.

When US carmaker Tesla announced its plan to build a Gigafactory just outside of Berlin, euphoria spread among both German policymakers and locals. But as Hardy Graupner reports, the skeptics are getting into gear. (20.01.2020)

Police told media that the ordnance was defused "without any problems." Tesla is planning on building its fourth Gigafactory on the outskirts of Berlin, although some groups are concerned about its environmental impact. (26.01.2020)