Elisabeth Pähtz has become the first female German chess player in history to rise to the rank of full grandmaster. While it is a significant achievement, she is already eying an even loftier goal. 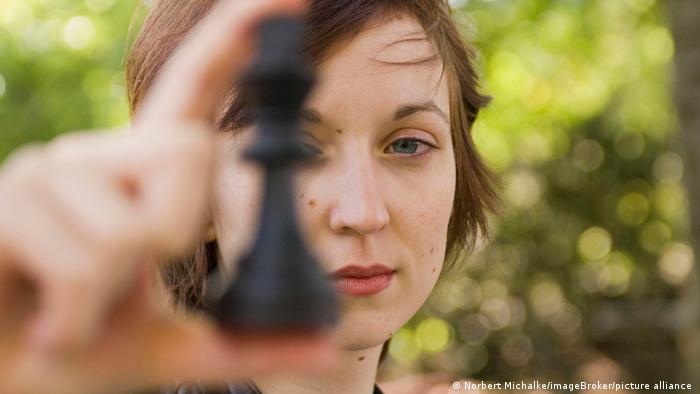 Elisabeth Pähtz has achieved something no other German woman has done

Elisabeth Pähtz spoke of the "tournament of my life" after beating Kazakhstan's Bibisara Assaubayeva in the final round of the World Championship qualifier in the Latvian capital Riga on the weekend. With that victory, the 36-year-old native of the eastern city of Erfurt became the first German woman to achieve the rank of grandmaster.

Her achieving what is so far the highlight of her career is, to a certain extent, a logical consequence of her origins. As the daughter of Thomas Pähtz, himself a grandmaster and one of the best chess players in the former East Germany, Elisabeth Pähtz was essentially born into the game.

"Without my father, I wouldn't be a chess player today," says the 36-year-old, who now lives in Berlin. "My father, who has trained me continuously since I was five, is instrumental in my current successes." 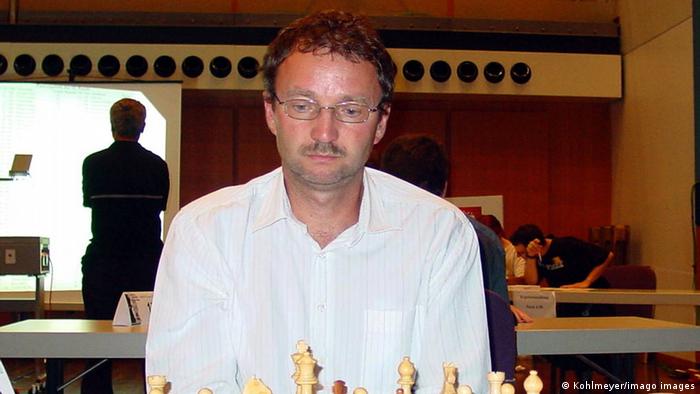 Thomas Pähtz Sr. gave up his own chess career for his children

In order to make chess careers possible for Elisabeth and her brother Thomas, their father Thomas Pähtz gave up his own career in the mid-1990s and devoted himself exclusively to promoting young talent. Thomas Jr. won the German Junior Championship in 2001, but subsequently chose a different career path and currently works as a physics professor in China. Elisabeth stuck with chess and rapidly improved.

Pähtz was considered a chess prodigy from early on. In 1994, at the age of nine, she won her first German championship title in the youth category. In 1999, she became German champion in the adult category for the first time, making her the youngest female chess champion in history. 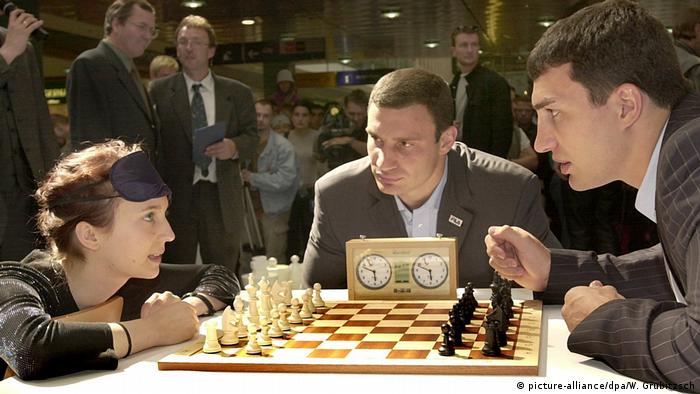 After that, there was no looking back. She became a women's grandmaster (less prestigious than the full grandmaster status she achieved this past weekend) in 2001, won the World Championship title in the under-18 class in 2002 and became junior world champion in 2005 at the age of 20. In rapid chess, one of her strengths, she won the European Championship in 2018. In German women's chess, she is the undisputed No. 1.

Pähtz used her prominence to repeatedly push for better promotion of women in chess, making enemies along the way. She even temporarily quit the national team in 2019, complaining about the lack of status of that women enjoy in the German Chess Federation (DSB).

"Since 2012, I have won seven individual and two team gold medals for my country. Unfortunately, I don't have the impression that this will change anything in terms of the basic attitude towards women's chess in the federation," she said at the time.

Breaking through in a male-dominated domain

The rise to the rank of grandmaster should give Pähtz an unprecedented boost in popularity, but women still have a long way to go in the quest for equality in what remains very much a male domain. Still, things are changing.

Apart from the performances of the best women's players in the world, the"Netflix" series "The Queens Gambit," which sparked a global chess boom during the COVID-19 pandemic, has also helped. The series traces the path of fictional chess prodigy Beth Harmon, who makes it all the way to a duel with the male world champion, in what was then the Soviet Union. 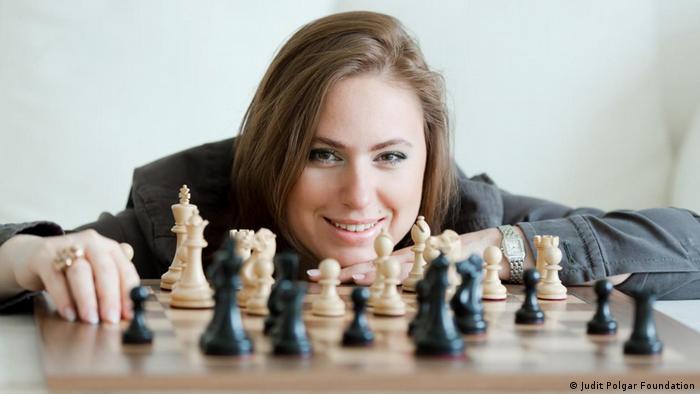 Hungary's Judit Polgar, the most successful female chess player in history and the only woman to date to crack the top 10 of the world chess rankings, sees the series as a "fantastic boost" and believes that the proportion of women in chess could increase as a result. The online platform "chess.com" credits the series with contributing to an almost fourfold increase in registrations in November 2020 compared to the previous month, while the share of women increased by around 15 percent over the same period.

Elisabeth Pähtz reaching the status of grandmaster will do nothing to hurt this trend. But even though the 36-year-old has always championed the cause of women in chess, her next goal is of an individual ambition. Her dream is to make it into the top 10 in the women's world chess rankings.

Vincent Keymer: Another sign that the sky is the limit for chess prodigy

Still just 16, Vincent Keymer has officially arrived on the elite international chess scene. Had there been any doubts about his potential, these evaporated as he finished second at the European Chess Championship.