Germany's federal parliament, the Bundestag, is the center of democracy at work in Germany - and the guarantor of political stability, even if its powers are limited. 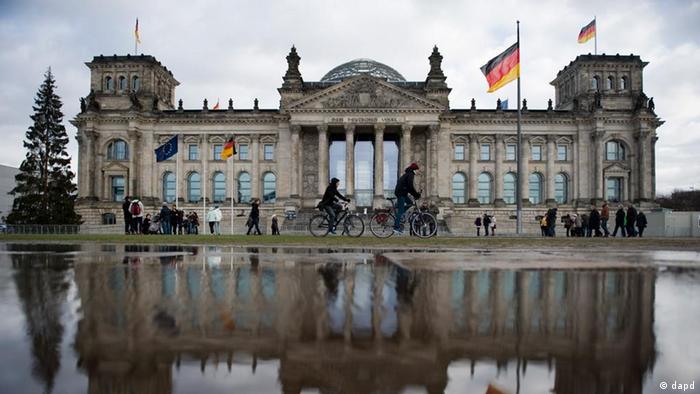 There are sometimes very ceremonious moments in the semi-circular chamber of Berlin's old Reichstag building, home to the lower house of the German parliament, the Bundestag. Moments like when parliamentarians gather for their first plenary session after a federal election to elect the chancellor - or when important official guests are granted the honor of addressing the house.

But the nuts and bolts of parliamentary work are far less glamorous. Tables are piled with draft bills that are passed in minutes, following hours of tedious meetings.

Every now and again, the chamber beneath the Reichstag's enormous glass dome is also the scene of heated debate. Members of the government present their policies, while the opposition attacks, criticizes, and proposes alternatives. Then the Bundestag becomes a place where positions and convictions are defended passionately.

The German Bundestag convened for the first time after World War II on September 7, 1949, in the provisional capital, Bonn. It was a moving moment that marked a new dawn after the Nazi dictatorship, during which parliament only met sporadically and essentially made no independent decisions. There were 410 deputies, 28 of them women, at that opening session. Today, approximately a third of the more than 600 parliamentarians are women. 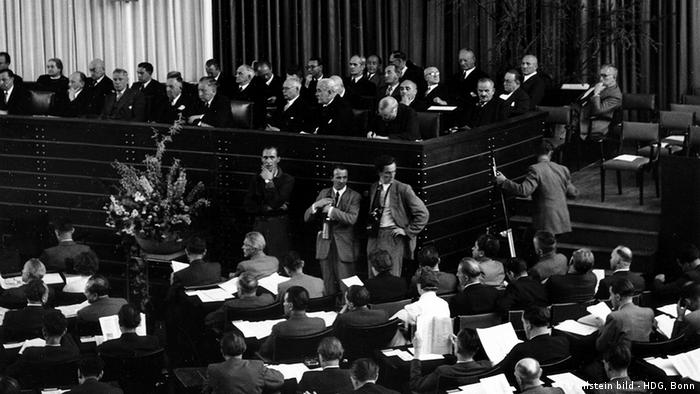 All power rests with the people

The German parliament plays a very special role in the country's political system, which is meticulously set out in the German constitution, known as the 'Grundgesetz,' or Basic Law. The Bundestag is the only federal body directly elected by the country's roughly 80 million people. The candidate who receives the most votes in his or her electoral district is elected to parliament.

Deputies in the German Bundestag have a mandate to make decisions and laws in the name of the people; they also have the power to approve budgets and decide whether troops may be deployed on military missions abroad.

Some laws, however, must also be passed by the upper house of parliament, the 'Bundesrat', or Federal Assembly. The Bundesrat is a body made up of the leaders of governments of Germany's 16 states, which watches over the interests of the respective states.

Deputies in the lower house, the Bundestag, also choose the justices for Germany's highest judicial body, the Constitutional Court, and make up the majority of the 'Bundesversammlung', or Federal Convention, which elects the president. That office is largely ceremonial, but he or she must sign bills into law - which the president has been known to do in the past.

The 'Bundestagspräsident', or parliamentary president, chairs Bundestag sessions and is the second-highest official in the country after the president. The chancellor is nominally the third-ranking public official, but de facto, as head of the government, the person who governs the country. Theoretically each member of the Bundestag is only bound by his or her conscience when voting. 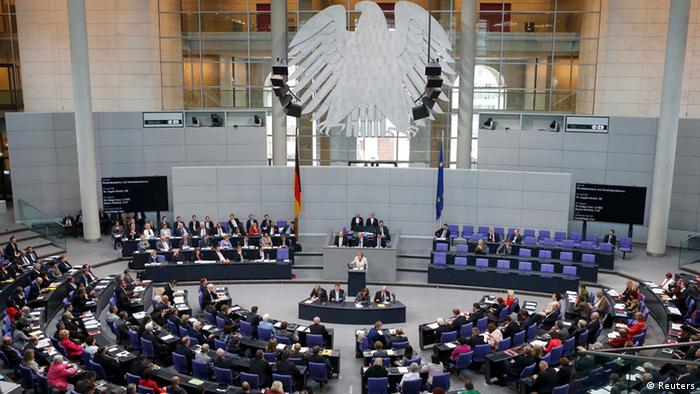 The plenary chamber of the parliament is where lawmakers debate

Gap between constitution and reality

The political reality, however, does not always reflect the ideals of the constitution. The everyday affairs of parliamentary work require deputies to work closely with their parliamentary faction, and this is especially true for representatives of the governing party, or parties, who need to close ranks to guarantee a majority to pass legislation.

On occasions when moral issues are debated, such as abortion, a deputy will be released from toeing the party line and allowed to vote according to his or her conscience. Some parliamentarians have recently expressed their concern that power is shifting away from parliament to the government.

An example is the 'Bundessicherheitsrat', or Federal Security Council. The council makes decisions in secret meetings about weapons exports, instead of letting parliament debate these openly. And this is not the only area where parliament has no say in important matters. There are many issues where the Bundestag used to be the authority, but has ceded control, for instance to the European Parliament or the European Commission. Most recently, many parliamentarians think the Bundestag was not sufficiently consulted on the rescue funds for the eurozone debt crisis.

Germany's lower house of parliament, the Bundestag, has voted overwhelmingly in favor of tax equality for same-sex unions. A ruling by the country's top court in favor of gay couples had forced the parliamentary vote. (28.06.2013)

A new law will give children of anonymous births the right to know their mother's identity. But some experts criticize the law for not abolishing so-called "baby hatches." (10.06.2013)