Widespread condemnation has ensued after the shooting of supporters of opposition party FMLN resulted in two fatalities. The Organization of American States has called for urgent action, just weeks before elections. 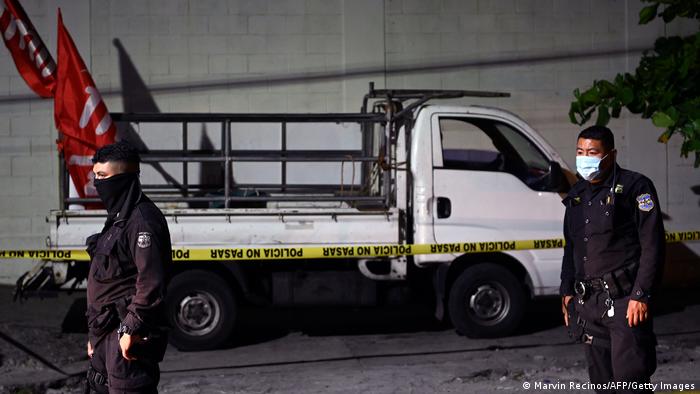 Two people have been shot dead in El Salvador in an attack on supporters of opposition party FMLN, prompting the Organization of American States (OAS) Secretary General to condemn the attack on Monday.

The shooting comes just weeks before parliamentary elections and Luis Almagro posted on Twitter: "We condemn the attack on party supporters of FMLN. We support quick action from the police. We request El Salvador investigates and prosecutes those responsible."

The Central American country's attorney general, Raul Melara, held an emergency meeting with political party representatives on Monday. "This is serious, the electoral campaign must not turn into a bloodbath," he tweeted ahead of the session.

According to the left-wing FMLN, a pick-up truck in the party's colors came under fire in the center of San Salvador on Sunday.

The public prosecutor's office said two perished in the shooting, with five more sustaining serious injuries in the capital city.

Two FMLN supporters who allegedly fired back at the attackers were also arrested.

He wrote on Twitter that the president had incited hatred and called Bukele a murderer, as well as accusing the 39-year-old of being corrupt.

The US, the UN and the EU all joined the chorus of condemnation of the attack.

"Everyone must condemn this act clearly, immediately & forcefully. El Salvador must not return to the violence of the past. I support a full investigation by Raul Melara," US Democrat lawmaker Jim McGovern said on Twitter. 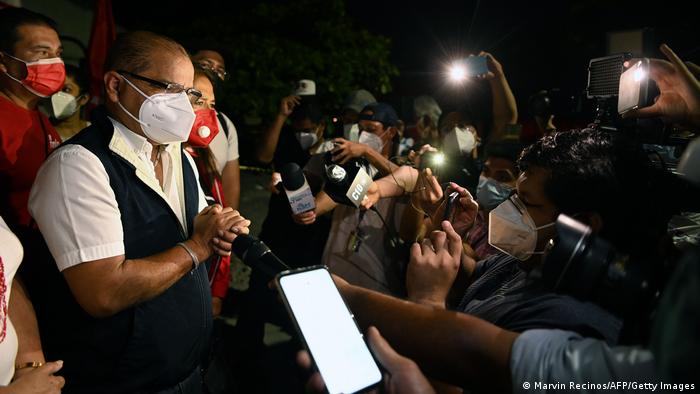 Today, the country with its 6 million inhabitants is still regarded as one of the most dangerous in the world. However, since Bukele assumed office in June 2019, the murder rate has fallen.

Parliamentary and local elections are set to take place on February 28.

Meanwhile, humanitarian group Doctors Without Borders (MSF) has suspended its operations in El Salvador after one of its ambulances was ambushed on the outskirts of the capital.

Armed men forced the ambulance crew to stop their vehicle and get out in a gang-dominated neighborhood in the township of Ilopango, the organization said.

"MSF condemns the attack on one of its ambulance teams in Ilopango by an armed group," an official statement said. "As a medical humanitarian organization, MSF operates under the principles of neutrality, impartiality, and independence. MSF calls on armed groups to respect medical services."

MSF said the crew members were interrogated and roughed up, before being threatened with guns. The ambulance crew later managed to leave the area. A doctor and a nurse suffered light injuries in the incident.

The humanitarian group said it would no longer take emergency calls until the safety of its personnel was guaranteed.

A group of armed men entered the home of environmental activist Felix Vasquez and killed him in front of his family, according to Honduran police.