The new parliament in El Salvador started its work by ousting Supreme Court judges and the attorney general, with rivals of populist leader Nayib Bukele decrying a "coup." 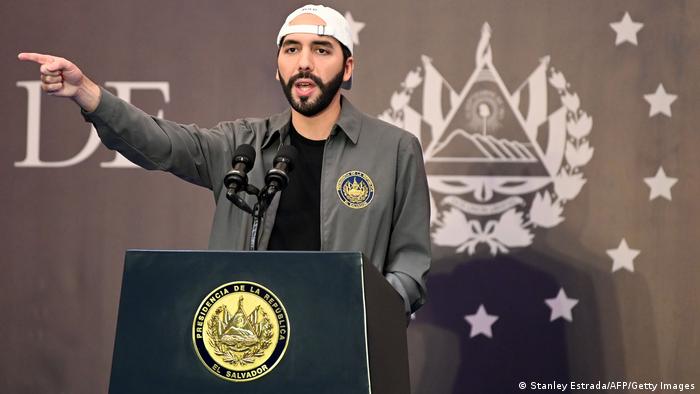 The move by the legislative body, newly controlled by the president's party, sparked a political crisis and drew international criticism.

The five ousted judges were the most powerful jurists on the 15-member court. The body is among the few remaining checks on Bukele's rule.

Ruling party lawmakers accused the judges and prosecutor of lacking independence and impeding the government's strategy against the COVID-19 pandemic.

Bukele insisted that the dismissals were justified.

"With all due respect, we're clearing our house and this isn't your responsibility," the 39-year-old Bukele said, explicitly addressing "the international community."

The sacked judges said the parliament's move was an unconstitutional attack on democracy.

They were immediately replaced, and police were called in to escort the new judges and prosecutor to their new offices.

The minority opposition in parliament slammed the move as a "coup."

The United States Secretary of State Antony Blinken expressed his "serious concern" over the dismissals after a call with Bukele.

Blinken cited what he described as the chief prosecutor's effective track record of fighting corruption and impunity.

The Organization of American States (OAS) said it "rejects the dismissal," urging respect for the democratic rule of law and separation of powers.

The United Nations special rapporteur on the independence of judges and lawyers, Diego Garcia-Sayan, also condemned the move which aimed to "dismantle and weaken the judicial independence of the magistrates."

Bukele's New Ideas party took control of Congress after midterm elections in February, gaining 61 of the 84 seats in parliament.

The president is the first in nearly three decades to have a majority in the legislature.

The move came after Bukele had ordered heavily armed police and soldiers to storm parliament in a bid to pressure the legislature into approving an anti-crime law.

Since he was elected in 2019 for a five-year term, the president has clashed repeatedly with the Supreme Court and the public prosecutor's office.