Egyptians approved a new constitution in a referendum. The new constitution supports freedom of religion - at least for some minority groups, according to Egypt and Islam expert Jörn Thielmann. 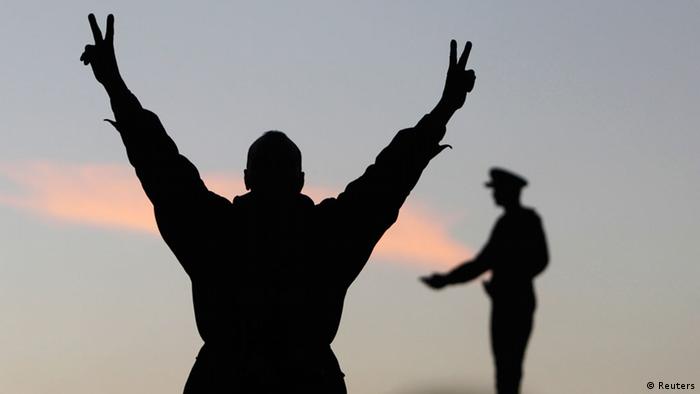 DW: The Egyptian constitution was approved by in a referendum. It is a revised version of what deposed President Mohammed Morsi signed a year ago after a similar referendum.What has changed regarding the relationship between the state and religion?

Jörn Thielmann: Some things are the same. Islam is still the state religion, and the principles of the Sharia - quite undefined - are still the main source of legislation. The principles of the Sharia, which were refined in a constitutional article of their own in the 2012 constitution under Morsi, have now been moved to the preamble and have been partially reworded. Christians and Jews are allowed to have their own personal statutes. That means that all issues regarding family, religious affairs, and the election of religious leaders, for example, can be regulated on the basis of their own religious rules. It is the same in the new constitutional draft as it was in the 2012 Morsi constitution.

The role of the Al-Azhar University as religious authority is defined slightly different but it still remains an independent Islamic institution. So there is also no difference.

Is religious freedom the winner of the new constitution? 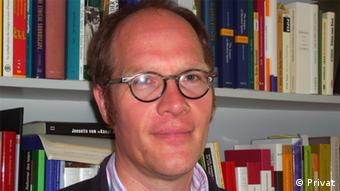 Religious freedom is now an absolute right and not just a guaranteed right. That is an improvement. That refers mainly to Christians and Jews. That means that members of other religious minorities have been left out. A certain dominance of Sunni Islam has also been written into the constitution.

Has the influence of religious groups been curtailed?

I don't see huge differences in articles of the constitutions regarding religion. There are other more important issues in the constitution: the special position given to the military, which prevents a complete civilian government. That is the constitution's main problem. There is no civilian, political government legitimized by elections that would control the military. The military is not only a state within the state it is also the most powerful player and outside of civilian control. You could also see the current constitution as the way that the former Mubarak elites and the judiciary secure their power.

What does that mean for the supporters of the Muslim Brotherhood, who boycotted the current referendum?

They oppose, and not without a reason, the ongoing process since the military coup against the elected President Morsi. They are in complete opposition to the ongoing process but they are also left out of the process and are criminalized by the leading political players, and the Muslim Brotherhood has been declared a terrorist organization.

The blockade and dehumanization of the opposition in Egypt is horrible now, and it prevents harmony. It also keeps the revolutionary spirit of Mubarak's overthrow from living on. The Muslim Brotherhood is a social and political player - whether it's outlawed or not. It has been a social and political player since its founding during and has gone through phases of being legal and illegal. It is not just political and socially unwise, it is also very dangerous to systematically criminalize and to dehumanize such a huge part of the population and to exclude them from the political process.

What can Germany do to positively influence the political process - regarding democracy, the rule of law and religious freedom in Egypt?

We can add something typically German to the process through the work of our political foundations, which have a long history in Egypt. They could try to represent political plurality and ideas of political order. They could also share their knowledge and organize discussion forums - even with each other so that the Egyptians see that you can also talk to others with different opinions. The German government could support and secure the work of the political foundations.

Dr. Jörn Thielmann is Islamic studies researcher and director of the Erlangen Center for Islam & Law in Europe (EZIRE). He focuses on Egypt and Germany

Across the divide, Egyptians urged to vote 'yes'

As Egypt votes on the country's third constitution in almost four years, nearly all parties with political sway have been urging Egyptians to approve it, despite concerns over potentially harmful provisions. (13.01.2014)

The uprisings in many Arab countries were initiated by young people, but many activists are finding it hard to cope with the political aftermath. The entrenched political elite still dominates. (04.01.2014)