The Egyptian partners in a joint natural gas endeavor with Israel have cancelled a deal governing commercial relations between the two sides. The gas deal with Israel has long been a source of controversy in Egypt. 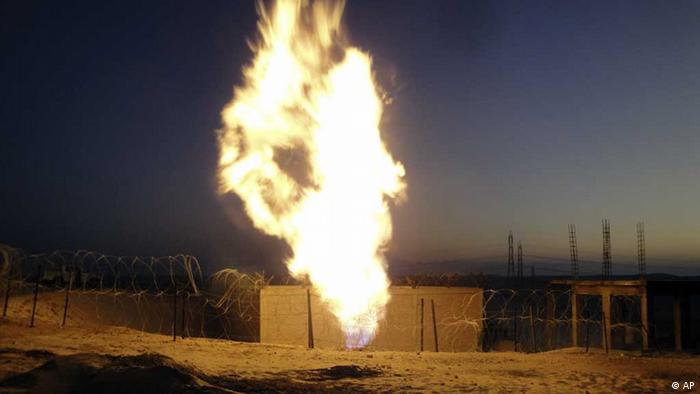 "This is a dangerous precedent that overshadows the peace agreements and the peaceful atmosphere between Israel and Egypt," Israeli Finance Minister Yuval Steinitz said in a press release.

The Egyptian General Petroleum Corporation and Egyptian Natural Gas Holding Company reportedly scrapped the deal on Thursday, accusing Israel of failing to pay its bills for the past four months. Israeli Foreign Ministry spokesman Yigal Palmor has denied that charge.

The two Egyptian energy companies were partners with the Ampal-American Israel Corporation in the bi-national East Mediterranean Gas Company (EMG), which operates the pipeline that supplies Israel with natural gas. Ampal said on Sunday that the termination of the deal was "unlawful and in bad faith."

Mohamed Shoeb, head of the Egyptian National Gas Holding Company, said the decision to cancel the deal was not politically motivated.

"This has nothing to do with anything outside of the commercial relations," Shoeb told the Associated Press.

Israelreceives around 40 percent of its natural gas supplies from Egypt under a controversial deal signed between the two countries in 2005. Egyptian opposition activists have long claimed that Israel receives an annual 1.7 billion cubic meters in natural gas at artificially low prices. There are also allegations that members of ousted president Hosni Mubarak's regime skimmed money off the proceeds from the deal.

The EMG-operated gas pipeline, which runs from the Egyptian city of Al-Arish to the southern Israeli city of Ashkelon, has been bombed 14 times since the Mubarak regime was toppled in 2011.