Australian journalist Peter Greste has been freed after spending more than a year in an Egyptian prison. The decision to release him was reportedly made by the country's president. 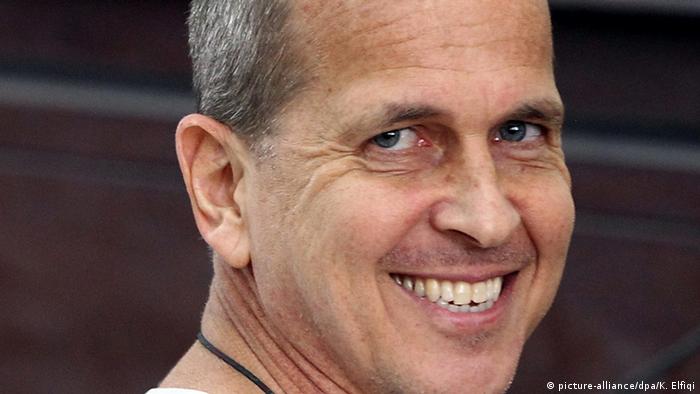 Egyptian officials said on Sunday that President Abdel-Fattah el-Sissi had used a provision contained in a law passed back in November that allows for the deportation of foreign suspects and criminals.

"There is a presidential decision to deport Peter Greste to Australia," the AFP news agency cited an unnamed Egyptian official as saying.

Greste was put on a plane to Cyprus shortly after his release.

There was no word on the fates of Al Jazeera reporters also imprisoned by the Egyptian state - Mohamed Fahmy, a dual Canadian-Egyptian citizen, or Egyptian national Baher Mohammed. The three reporters were arrested in December 2013 and convicted by a Cairo court last year of aiding the banned Muslim Brotherhood organization. Greste and Fahmy were sentenced to seven years in jail, while Mohammed was given 10 years.

Specifically, they were convicted of providing a platform for the Brotherhood, which was banned as a terrorist group in December. All three denied the charges, arguing that they had simply been doing their jobs as journalists when they reported on the July 2013 toppling of Islamist President Mohammed Morsi by el-Sissi, who was head of the army at the time.

Human rights groups have described their arrests and subsequent convictions as a sham. The arrests sparked an international outcry and Al Jazeera launched a public campaign to get its reporters released.

Greste's release comes almost a month after his lawyer made a formal application for him to be deported to Australia under the new law. The application was made a day after a Cairo court granted an appeal launched by the journalists' defense team and ordered a retrial of all three men. However, they were not granted bail.

Greste had spent a total of 400 days behind bars by the time he was released on Sunday.

The imprisonment of three Al Jazeera journalists has created an international uproar. While the trio will face a retrial, the outcome will likely be influenced by more than the facts of their case. (01.01.2015)