Egypt's public prosecutor has referred 215 alleged members of the banned Muslim Brotherhood to trial for launching a militant group. Scores of people have been detained as part of the government's crackdown. 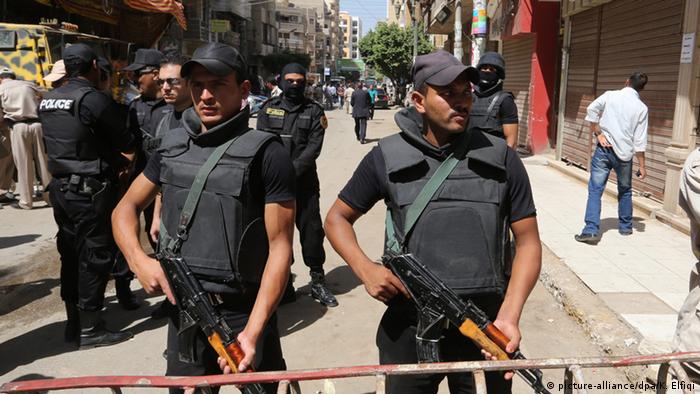 Public prosecutor Hesham Barakat said in a statement on Sunday that the 215 defendants had been charged with forming armed groups known as the "Helwan Brigades."

Barakat said an investigation had revealed the accused were responsible for damaging state property and killing at least six police officers, and wounding several civilians, in separate attacks in the Egyptian capital, Cairo. The prosecutor also said the group possessed weapons and ammunition, and had used the Internet to organize violent protests.

According to the prosecutor's statement, 125 members of the brigades had been detained, and arrest orders for the remaining 90 defendants had been issued. No date has been set for the trial.

Since the army's overthrow of Islamist President Mohammed Morsi in 2013, Egyptian authorities have moved swiftly to stamp out opposition. Under the leadership of the current president, Abdel-Fattah el-Sissi, hundreds of Islamists and Morsi supporters have faced trial on charges of committing violence against state officials, treason and illegal protests. Rights groups have criticized the Egyptian justice system for holding rushed mass trials and handing down harsh sentences, including life in prison and the death penalty.

Watchdogs have also accused el-Sissi's government of systematically repressing opponents. The Egyptian leader has been under severe pressure from the United Nations to investigate rights abuses against protesters, journalists and human rights activists.

In a recent case that draw international media attention, three journalists from Al-Jazeera English spent more than a year in an Egyptian prison after they were arrested in 2013 and convicted on charges of aiding the Muslim Brotherhood. One of those journalists, Australian Peter Greste, was allowed to return home earlier this month under a presidential decree. His colleagues, Canadian-Egyptian Mohamed Fahmy and Baher Mohammed of Egypt, have been released on parole, pending a retrial.