Egypt in dangerous state of limbo

The ruling by an Egyptian court to cancel elections is the latest showdown between the president and Egypt’s judiciary, intertwined with a heated political struggle between ruling Islamists and the secular opposition. 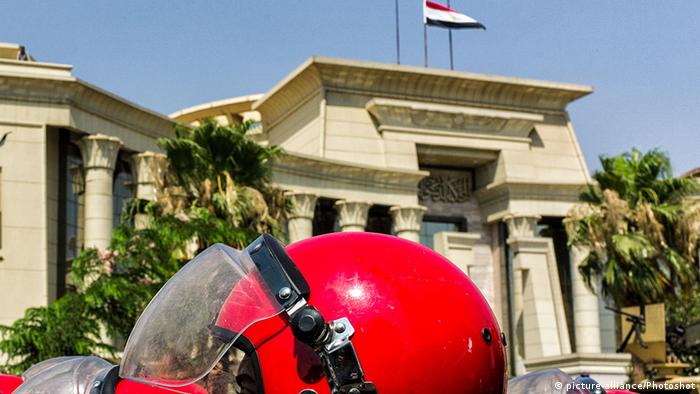 It was what secularists had feared would secure an Islamist state. After granting himself sweeping powers and pushing through a controversial new constitution, President Mohamed Morsi had been calling for parliamentary elections with haste. With the opposition set to boycott, Islamists were poised to dominate. But when a top court cancelled elections last month just weeks before elections were set, the president's plans were quickly derailed and a more complex struggle reemerged.

While ruling Islamists said the decision came as a surprise, Egypt's transition has born witness to a string of confrontations between the presidency and the country's judiciary, where a majority of its courts remain filled by judges appointed by former president Hosni Mubarak.

"There is more than one point of friction, and definitely the dissolution of parliament by the Supreme Constitutional Court last year was one," Ziad Akl, a senior researcher at the Cairo-based Al Ahram Center for Strategic Studies, told DW. "But if you are talking about Islamists at large, disqualifying people like Hazem Salah Abu Ismail and Khairat El-Shater are also points of contention," he added, referring to leading Islamist figures barred from presidential elections by the courts.

Akl said there have also been many cases that Islamists lawyers have presented before court which did not end in their favor creating plenty of resentment.

"A lot of these cases have a lot to do with insulting the president, insulting national symbols, closing down specific television stations," he said. "There is a case of this nearly every week." 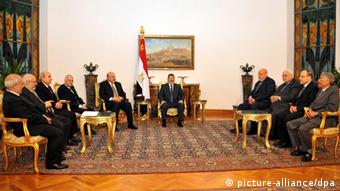 Not a happy bunch

In November, in an attempt to consolidate power, Morsi issued a decree granting himself immunity from the judiciary's supervision, and at the same time, deposed of the then prosecutor general, replacing him with a judge widely believed to be pro-Muslim Brotherhood. The move caused an outcry among opposition and generated considerable suspicion and hostility among judges. In the wake of massive protests, he rescinded his decision.

In February, when Morsi called for elections, many questioned whether they were feasible amid continual unrest. Islamists said it would bring stability amid chaos, while the opposition vowed to boycott the polls.

"Essentially, there is a deep division between the Muslim Brotherhood and the opposition, and the opposition knows they are not going to stop the Brotherhood," said Marina Ottaway, senior scholar at the Woodrow Wilson International Center. With poor organization and little support on the ground, Ottaway believes the opposition is trying to postpone elections.

"It's very paradoxical for an opposition that claims to defend democracy to be rejecting elections at this point and the decree issued last November by Morsi was certainly not democratic," Ottaway said. "Neither party is acting democratic, so it seems that they are moving toward a very heavy confrontation."

But the decision to cancel elections came amid multiple complaints that challenged the legality of the elections law, which set out to organize how elections would be held and the opposition staunchly denied attempts at delaying elections. 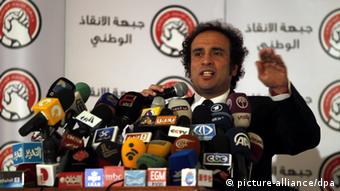 "We are not members of the Shura council and we are not represented in the cabinet, so we want to have parliamentary elections," Amr Hamzawy, a founding member of the National Salvation Front, the main opposition bloc, and a former member of the dissolved lower house of parliament, told DW. "We have to sort out all these problems and put our institutions on a strong foundation."

With Egyptian courts having a history of breaking up sitting parliaments after elections on technicalities, those welcoming the decision were not limited to liberal and secular parties. The Salafi Nour party, a far right Islamist party, also hailed the decision, having warned future parliaments could be dissolved if legal matters were not addressed.

"To be frank, this is a matter of the Shura Council violating regulations," said Hamzawy. He says the law drawn up by the Islamist-led Shura Council paved the way for an unequal playing ground. Major concerns included the position of women on voting lists and the plan to hold elections in four stages, a move seen as a way to hamper elections results and compromise transparency. Accusations of gerrymandering were also cause of great concern.

"The new law completely changed the geographic layout of the constituencies. They became very broad, almost impossible for an individual to cover, unless you have bases in almost every single crack in Egypt," said Akl. "They felt this was something tailored for the Muslim Brotherhood, a platform of unequal opportunity." 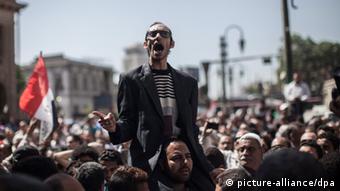 There could be further trouble brewing

With elections in legal limbo, analysts say there will be consequences. “The prospect of elections makes politicians nervous about their position at the polls and they don't want to get into an unpopular agreement," Nathan Brown, senior associate at the Carnegie Endowment for International Peace, told DW. "There is speculation that that is one of the things that is holding up the IMF deal." (The $4.8 billion loan by the International Monetary Fund to prop up the economy has been held up by Morsi's reluctance to push through tax increases and subsidy cuts - the ed.).

"At the same time on the street level, you have worsening conditions, sectarian tensions, periodic outbursts of clashes among rival forces," he added. "So when you are facing very severe economic and political problems, it keeps Egypt in a state of political paralysis."

A search for identity in Egypt's street fights

Egypt has seen a rise in fights between Copts and Muslims. But the conflicts involve more than a mere sense of religious rivalry. Other questions that go well beyond religious identity are at stake. (10.04.2013)

As Egypt heads toward economic crisis, Washington has begun releasing long-stalled financial aid. But members of the secular opposition are concerned that the US may be getting too cozy with the Islamist incumbents. (06.03.2013)

In a project funded by Germany, a team of young Egyptians in Cairo is trying to boost civil participation and create political awareness without subscribing to any particular ideology. (18.03.2013)