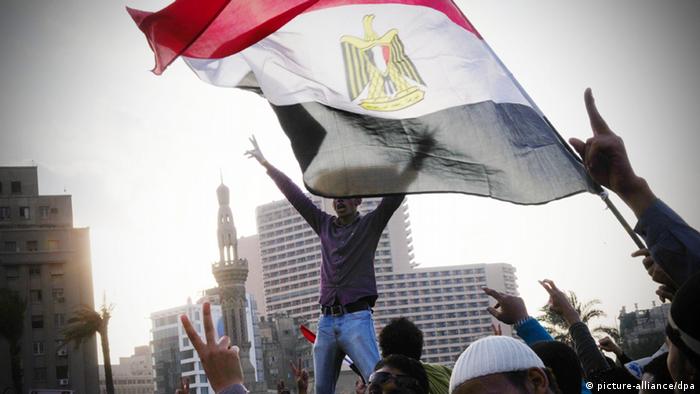 Egypt's Supreme Constitutional Court on Thursday ordered the country's Islamist-dominated parliament to be dissolved, after ruling that one-third of the seats in the legislative body were invalid due to violations of electoral law.

Egypt's revolutionaries struggle to get heard

Ahead of Egypt’s run-off presidential poll, the young, progressive activists who formed the backbone of the country’s revolution are struggling to remain hopeful and relevant despite lacking a coherent position. (14.06.2012)

Under the prevailing electoral system drawn up by the ruling military council, voters cast their ballots for both parties and independent candidates during the November-January parliamentary elections. The political parties were supposed to hold two-thirds of the parliamentary seats, while the remaining third was reserved for independent candidates.

Despite the rule, political parties ran candidates for the seats reserved for independent candidates. The Islamist Muslim Brotherhood and hard-line Salafist al-Nour party won 70 percent of the seats in parliament.

"The constitutional court affirmed in the details of its verdict that the parliamentary elections were not constitutional, and the entire composition of parliament has been illegitimate since its election," the official MENA news agency reported.

Legislative powers are to return to the Supreme Council of the Armed Forces (SCAF), which has governed Egypt since former president Hosni Mubarak was forced from power.

Senior Muslim Brotherhood member Essam El-Erian told the news agency Reuters that Egypt would enter a "dark tunnel" if the legislature was dissolved.

Shafiq served as Mubarak's prime minister shortly before the former president was forced to resign his post on February 11, 2011, under the pressure of an 18-day popular uprising.

The court ruling clears Shafiq to continue his presidential campaign against his Islamist opponent, Muslim Brotherhood candidate Mohammed Morsi. The presidential runoff is scheduled for June 16-17.

"The message of this historic verdict is that the era of political score-settling has ended," Shafiq told cheering supporters in Cairo. "The constitutional court has confirmed my right to participate in the election and reinforced the legitimacy of this election."

Former presidential candidate Abdel Moneim Abol Fotouh, an independent Islamist, said that the two court rulings amount to "a complete coup." Fotouh had failed to make it past the first round of the presidential election in May.

"Keeping the military candidate [in the race] and overturning the elected parliament after granting the military police the right to arrest is a complete coup and whoever thinks that millions of youth will let it pass is deluding themselves," Fotouh wrote on his Facebook page.