Egypt gripped by unemployment | World | Breaking news and perspectives from around the globe | DW | 20.05.2013

Egyptians were hoping for a better future when they ran former President Hosni Mubarak out of office. Instead, the nation's economy has hit rock-bottom. And many Egyptians are desperate for a job. 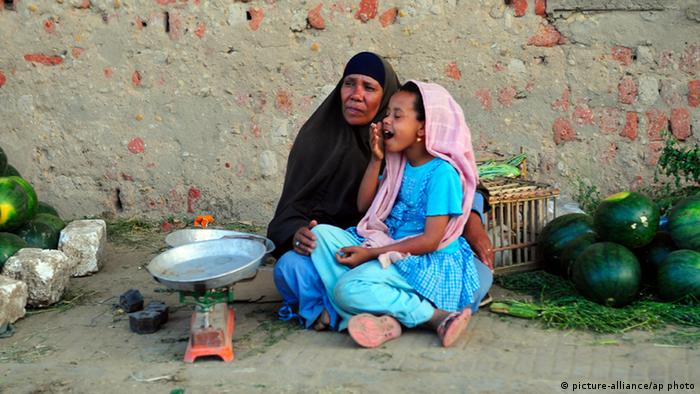 Huda has no idea how things are supposed to go on. The young archeologist works several jobs just to stay afloat. She teaches a class on early Egyptian history at a university; she translates texts from English for a company; and she guides tourists through her country - when they come, anyway. But that happens much less often than in the past.

There are many Egyptians just like Huda. They jump back and forth between jobs, taking this one, or that - happy to be able to earn some money. Officially, unemployment has risen to 12.5 percent, but it likely hasn't peaked yet, economist Ahmed Kamaly, of the American University in Cairo, told DW. Quite the opposite, he fears, saying that the unstable political situation negatively affects the employment market and will continue to add to unemployment.

Just less than two and a half years after the overthrow of Mubarak, Egypt is experiencing an economic depression. Foreign investors have left the country, taking their money with them: for 2011 alone, the Egyptian Central Bank recorded a decrease of $418 million (325 million euros) in direct investments. In addition, portfolio investors have divested themselves of $3.3 billion in value. A drastic currency decline also contributes to the poor economic situation. 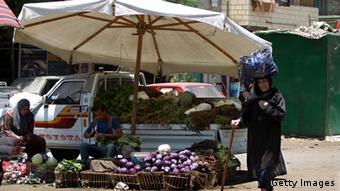 Many Egyptians cannot even pay for basic food items

To put a halt to it and ensure the import of essential goods, the Central Bank has already spent over half of its dollar reserves. Still, many Egyptians can barely pay for food staples such as rice, potatoes and other vegetables. Many people can no longer pay for electricity and gasoline. The result: over a quarter of the Egyptian national budget is spent on public assistance benefits.

In this kind of situation, more and more Egyptians have to worry about their jobs. Engineer and entrepreneur Alaa Badawi has had to let many of his employees go, he said. He works in a sector that provides services that are particularly important during the hot Egyptian summer: ventilation and cooling technology. Business was good, up until the revolution in 2011. Badawi's company once employed 70 people, but now the number is only 30 because he says he cannot afford any more. 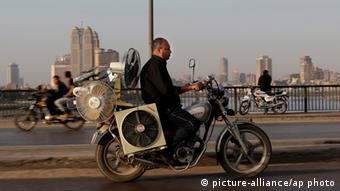 The decline of the Egyptian pound has had the hardest impact on his business, said Badawi. "That makes everything more expensive for me, so I have to cut on the labor - I have to cut salaries; I have to dismiss a lot of employees," he explained. Only 10 of his remaining employees have a fixed contract. The rest works on a month-by-month basis. Badawi said he's not pleased with the situation, but doesn't see much of an alternative.

The reasons for the current disastrous situation stretch way back. For decades, explained Kamaly, the government neglected to modernize the Egyptian education system. Though the economy boomed under Mubarak for a long time and could boast growth, it did not suffice to prompt significant improvement in the employment market.

"The main source of unemployment is a mismatch between the qualification of the labor force and the qualification and skills needs needed in the different job offerings in Egypt," said Kamaly. That means that many good positions have not even been able to be filled - at least, not with local residents. The banking sector, for instance, is in desperate need of qualified staff, but cannot find them. "A significant percentage - they're not Egyptians," Kamaly said. 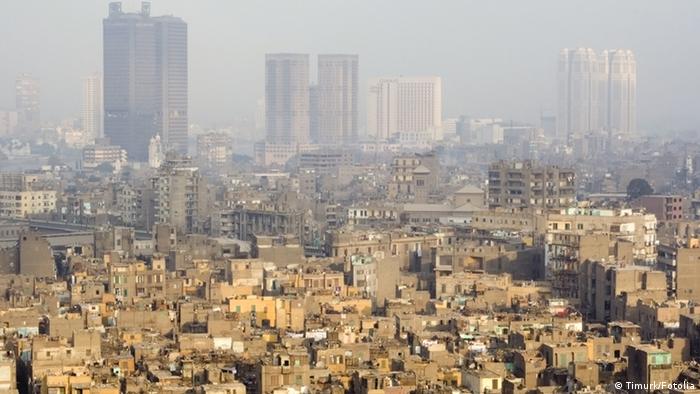 Many people, but few jobs in Cairo

Egypt's entrepreneurs not only have to contend with past failures, but also with the challenges of the present. The current government is not exactly sending encouraging signs, Kamaly pointed out. While the previous government mainly placed its bets on privatization, the current one is adopting the opposite course and reclaiming companies back into the public sector. "That gives a bad signal to investors," the economist believes.

For Kamaly, the primary challenges therefore do not lie in the economic area. "The economy is a symptom," he noted. The real problems are of a different nature. "It's the high level of uncertainty and the lack of experience in key Egyptian officials. Definitely this is affecting the economy."

How are things to continue for Egypt and its people? The country cannot continue to stay its course, said Badawi. Egypt has taken on a great deal of debt in the past few years. But that's not the way for the country to solve its problems, he said. "Egypt should focus internally in the coming few years on bettering the country infrastructure, bettering the education, bettering the health care, rather than taking loans from abroad," he said, but noted that since that takes time, timelines of 10 or 20 years would be helpful.

But Huda, the young archeologist, doesn't want to wait that long. She's considering her alternatives - like leaving Egypt and trying her luck elsewhere.

Human rights commissioner Löning: 'We can't paint our own world'

Nurturing democracy in other countries takes patience, said the German government's human rights commissioner in an interview with DW. At times it even includes working with those who don't support human rights. (14.05.2013)

A retrial for Egypt’s former president, Hosni Mubarak, has been adjourned to June 8. He faces charges over the killing of protesters in the uprising that toppled him from power and, with his sons, corruption allegations (11.05.2013)