A passenger train has derailed in Egypt, killing 11 and injuring 98. Egypt has been plagued with rail incidents in recent years. 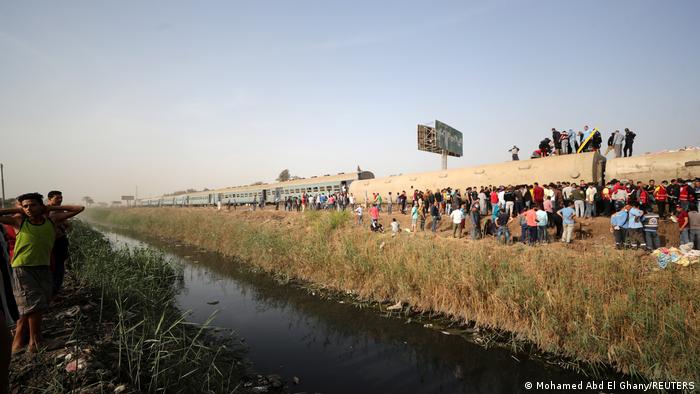 Scores of people were injured in the incident

The Egyptian government said on Sunday that at least 11 people were killed and 98 injured when a passenger train derailed just north of the capital, Cairo.

The country's health ministry said the crash happened about 40 kilometres (25 miles) outside the capital.

Over 55 ambulances were dispatched to treat the injured, the ministry said, and investigators have been sent to assess the accident's cause.

The train was set to travel to the northeast city of Mansoura. 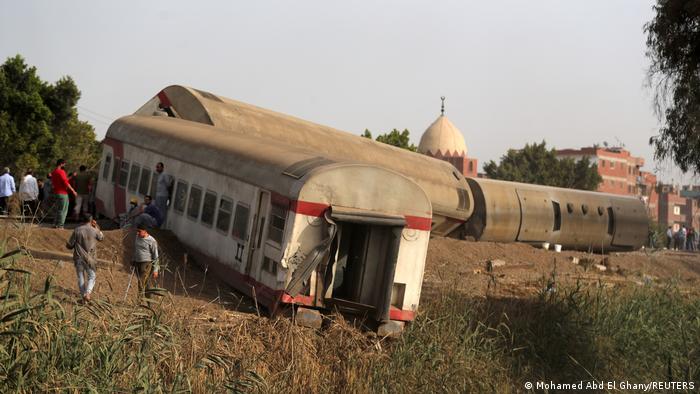 About eight carriages overturned, according to local officials

The state-run Ahram daily reported that authorities have detained at least 10 railway officials, including the train driver and his assistant.

A video on social media purported to show the train lying on its side and widespread debris. This footage has not been independently verified by DW.

In March, two trains collided in the Sohag Governorate in Egypt, killing 18 people and injuring at least 200 others.

Egypt sees frequent crashes on its railway system due in part to poor maintenance and lack of investment.

One of the deadliest train disasters happened in 2002 when 373 people died after a fire broke out on a train travelling south of Cairo.