Egypt: Ex-PM Ahmed Shafiq will not run for president

Ahmed Shafiq, the former Egyptian prime minister seen as the major potential opposition in the 2018 election, will not run. Shafiq listed his five years away from Egypt in the UAE as one of the reasons for his decision. 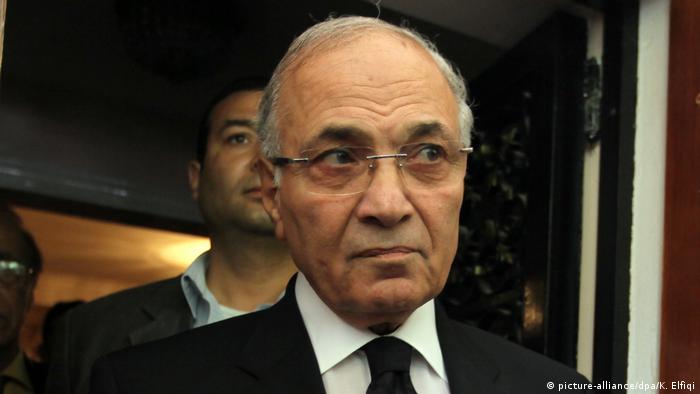 Former Egyptian Prime Minister Ahmed Shafiq is no longer considering running in the upcoming presidential election, he said in a statement on Twitter on Sunday.

"After assessing the situation in Egypt following my return from the United Arab Emirates, I see I will not be the ideal person to lead the affairs of the state in the coming period. So, I decided not to run in the upcoming elections of 2018," the statement said.

Shafiq was seen as the major potential challenger to President Abdel Fattah el-Sissi in the election, which is to be announced on February 8. El-Sissi has not yet officially announced his candidacy.

In his statement, he pointed to his time away from Egypt as a major reason for deciding not to run.

"My absence of more than five years perhaps distanced me from being able to very closely follow what is going on in our nation in terms of developments and achievements despite the difficulty of the conditions," the statement said.

He returned to Egypt in December 2017 after being deported from the UAE, following an announcement that he was still considering running for the presidency.

Shafiq apparently upset his UAE hosts after claiming in an interview on Al-Jazeera that he was being prevented from leaving the country.

His return sparked criticism from state-aligned media and speculation that he was being held by authorities in a Cairo hotel.

Shafiq denied rumors he had been kidnapped, saying authorities picked him up at the airport and brought him to a hotel in Cairo, adding that his home needed some renovations.

Egypt's constitution allows for elections to be held as early as February 7, but the Egyptian electoral commission's decision to announce the date on February 8 means it is likely it will be held later in the year.

A short-notice election may be beneficial for the the Egyptian regime as it would keep the campaign period to a minimum to disadvantage the political opposition.

Egyptians have blamed el-Sissi for the country's catastrophic economic and security situation.

Under el-Sissi's rule, Egypt has also seen a large-scale crackdown on dissent and the jailings of several human rights activists and journalists. Other dissidents have been slapped with travel bans over allegations of harming national security.

Egyptian President Abdel Fattah al-Sisi has arrived in Berlin for two days. Given Egypt's crackdown on Muslim Brotherhood opposition figures, the visit is seen as controversial by those who want to see reform in Egypt. (03.06.2015)