An ancient brewery found in Egypt suggests that tears were not the only thing to flow at royal funerals of the time. The find is the most recent announced by the country in an apparent bid to lure back tourists. 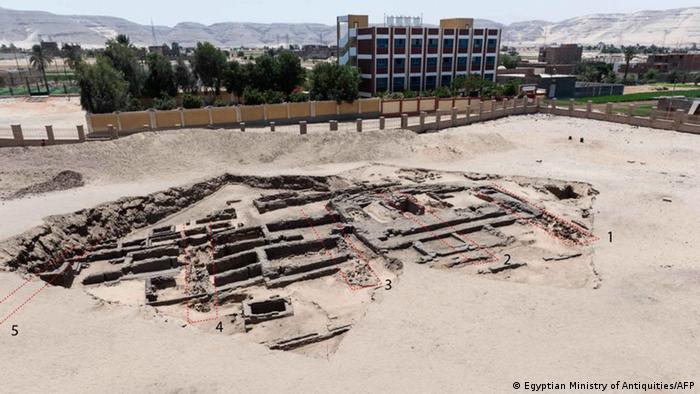 The ancient brewery was uncovered near Egypt's southern city of Sohag

An Egyptian-American team of archaeologists has uncovered a 5,000-year-old brewery capable of producing some 22,400 liters (5,900 gallons) of beer at a time, the Egyptian Tourism Ministry has announced.

The ministry said in a Facebook statement on Saturday that it believed that the site at North Abydos, Sohag, was "the oldest high-production brewery in the world."

The brewery is likely to date back to the era of King Narmer in around 3,100 BC, the statement said.

Although the existence of the brewery was ascertained by British archaeologists at the start of the 20th century, its precise location has not been identified until now, according to the statement. 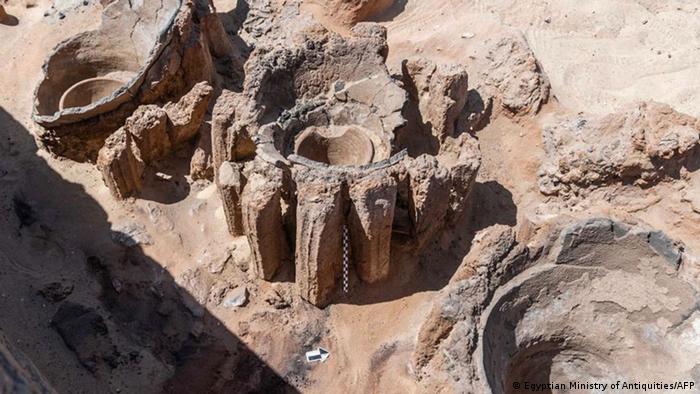 Evidence of brewing in ancient Egypt had been found in the past, but not on this scale

The statement quoted the co-leader of the archaeological mission, Matthew Adams from New York University, as saying the brewery "may have been built in this place specifically to supply the royal rituals that were taking place inside the funeral facilities of the kings of Egypt."

The brewery was made up of eight sections, each containing about 40 earthenware vats in two rows. The vats were used to heat a mixture of grains and water for use in the beer production. 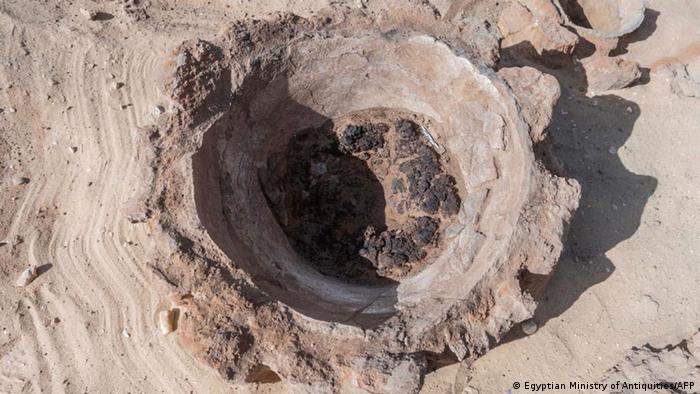 Vats like this one were used for beer fermentation

Egypt has announced several major discoveries in recent months, hoping that they may attract tourists back to the country. Particularly spectacular was the discovery of some 2,000-year-old mummies near Alexandria that bore golden-tongued amulets. They are thought to have been placed in the mouths of the dead so that they had the power of speech in the afterlife.

The tourism sector in Egypt has been on the decline since a 2011 uprising, with the coronavirus crisis compounding its woes.

The number of tourists visiting the country dropped to 3.5 million last year from 13.1 million in 2019.