As part of Greece's austerity policies, salaries for teachers and educational funding have dropped rapidly. Students who can afford private tutoring may come to depend more heavily on tutors than teachers. 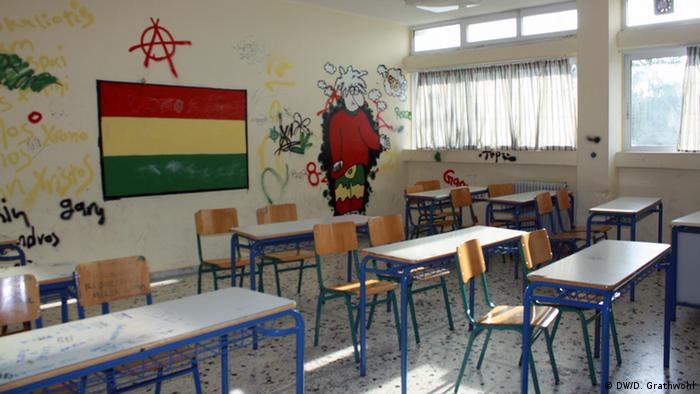 Graffiti covers the walls in the classrooms and hallways at the Fifth General Lyceum in Petroupoli, a northwestern district of Athens. A letter "A" for anarchism adorns the back of a classroom, and a tag on another wall reads, "Beat up the fascists" - both reflect the mood in a country ravaged by debt and its political consequences.

Children in Greece first attend an elementary school for six years before switching to a secondary school for another three years. After that, they can either choose to continue their education at a classical lyceum, a post-secondary school that allows them to take nationwide entrance exams for college after three years, or a more hands-on lyceum that leads to an apprenticeship.

Many Greek lyceums have changed little in the past 25 years. The furniture and equipment is often straight out of the 1970s. One of the two chemistry labs at the Fifth General Lyceum is equipped with nothing but a work bench, several instruments and apparatuses, Bunsen burners and jars. Students sit on chairs or a work surface while observing experiments.

"The other lab is more modern," the school's director, Pavlos Perdikakis, points out, adding that the school also has a library, a physics lab, a computer room, a multi-purpose auditorium and basketball and volleyball courts. 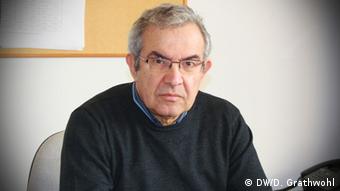 Principal Perdikakis is proud of his school, despite cuts

The principal says with a touch of pride that his lyceum has also planted trees and set up benches on campus - signs that the school is better equipped than other institutions in the working class suburb in which it is located.

Perdikakis knows every one of his 240 students by name. With more than 30 years of experience under his belt, he is friendly and easy-going, even when a group of students bursts unannounced into his office during a break. Kindly yet firmly, he shows the teenagers out. Perdikakis has headed the school for 13 years and rarely finds time to teach these days, as he is too busy with school administration.

The high school has 30 teachers, and 25 of them are staff - not a bad average, says Nikolaos Papachristos, president of the OLME teachers union that represents Greece's 80,000 teachers at high schools and lyceums.

"We're lacking about 2,000 teachers," Papachristos explained, noting that some smaller towns even need teachers for core subjects such as Greek, physics, chemistry and math.

The Petroupoli lyceum may not lack teachers, but it is affected by the crisis nevertheless. Pavlos Perdikakis laments that the school budget has been cut significantly. Families, too, have less money to spend. Day trips to give the students a break from the Athens urban jungle are a thing of the past. The bus ride out of the city costs three euros ($3.9), a sum that now gives cash-strapped families pause. Students have less money to buy snacks, too, causing revenue at the school's snack shop to slip to a quarter of what it was two years ago. 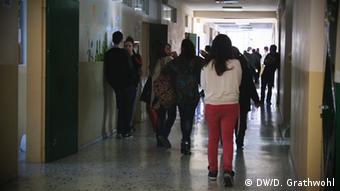 Many Greek schools are outfitted with obsolete equipment

A quirk of the Greek school system: Many students take expensive, private tutoring classes after school. The tutoring sessions are offered in schools known as frontistiria. The children are taught individually or in groups, and some frontistiria have built up a network of subsidiary institutions across the country over the past decades.

Many families see the schools as essential in getting ready for the country's difficult college entrance exams. In the tutoring sessions, students repeat material learned in previous grades, Papachristos and Perdikakis said - without giving an explanation as to why the regular, cost-free school cannot offer similar preparation.

Teachers at frontistiria have generally not been given positions at regular public schools. They might have taught for years on a remote island, or are not well-connected enough for a job at a regular school - so they find employment in a parallel education system that has prospered in Greece for decades, similar to the country's parallel economy. 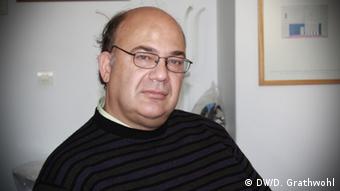 Thousands of teachers would be out of a job if the costly tutoring system were to be abolished. Despite the teacher shortage in public schools, there's no money to employ the tutors at regular schools, says the OLME president Papachristos. Teachers' salaries have been slashed by about 40 percent: a starting salary today is 629 euros, compared with what was earlier 1,000 euros per month. The maximum salary a teacher can expect at a Greek lyceum equals about 1,500 euros.

"Education expenses as a whole have been halved; those are the troika's policies," Papachristos said.

Cheerful decorations, good food and gifts for the children are part of the traditional Greek Christmas. But as the country's financial crisis continues to wreak havoc, the country is in for a scaled-back holiday in 2012. (24.12.2012)

No chemotherapy for Greeks without cash

In Greece, illness can spell disaster. The country's many unemployed are unable to afford the bribes needed to access medical care. A clinic run by volunteers is trying to help. (16.12.2012)

Has the financial crisis worsened a corruption problem? That's the conclusion of a corruption index, which looked at bribery in public offices in Europe. Transparency in Germany could also be improved. (06.12.2012)