Editorial: DW on the "Road to Brexit"

The tension is rising. The EU and the United Kingdom are bracing for what could be a very bitter divorce. We are navigating the twists and turns of this process for you. 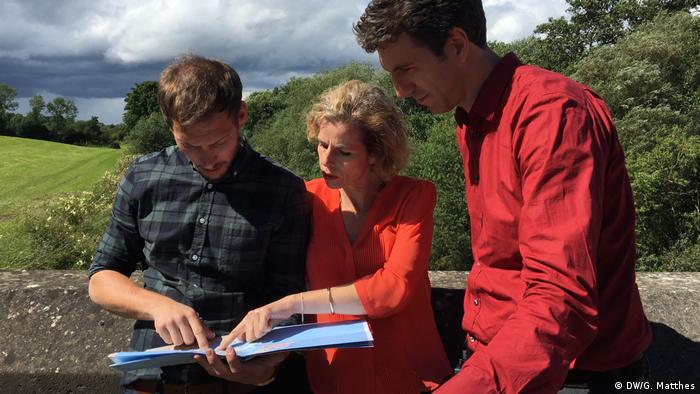 The clock is ticking, both for the United Kingdom and the European Union. The negotiations so far were tough, but now they will get even tougher. The UK leaving the EU is a breathtaking, dramatic piece of European history and we are in the thick of it. We explain what’s happening on the big stage and behind closed doors. Our reporters are in the United Kingdom, throughout the rest of Europe and of course in Brussels to show how Brexit could pan out. And they’re keeping a diary.

We will introduce you to people that are part of this once-in-a-lifetime experiment, who suffer from it, organize it or even profit from it. For many people outside Europe, but also within the European Union – and even in Great Britain – it’s hard to understand how exactly Brexit even came to pass. What are the British government and the parliament hoping to achieve with their departure after 45 years of membership? What positive and negative effects will the British and European economies have to deal with?

Will people be better off after the split? Will promises and threats just disappear into thin air?  We want to know what kind of reverberations the British decision will have on the rest of the world, for trade, for European security, for Britain's influence globally. There are many fascinating questions and everyone is searching for answers. DW illustrates Brexit developments on TV, radio, online and across social media platforms. You can read and see all this right here. Follow us on the “Road to Brexit”!
The 29th of March 2019 is judgment day, but the agreements for Brexit need to be finalized already this year. If not, there could be a “hard” Brexit and ensuing chaos. On top of that there are still those who insist that Brexit will never actually happen because English, Welsh, Scottish and Northern Irish opponents will rally their forces in time and stop the clock. Will there be an exit from Brexit? Is it possible the "Road to Brexit" could lead....nowhere?  Stay tuned to DW.