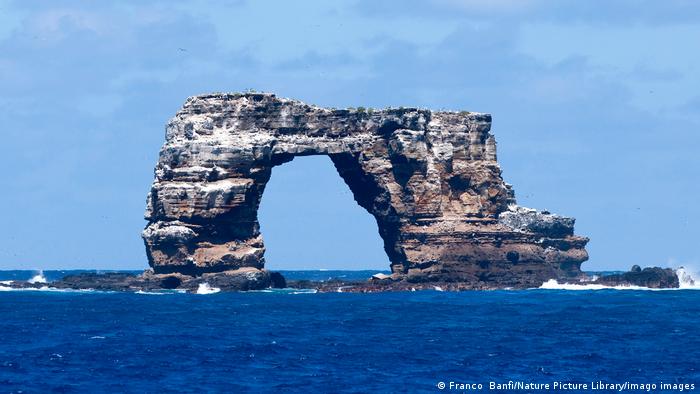 Only two pillars of rock remain where Darwin's Arch once stood

The iconic arch is famed as a diving spot for underwater encounters with sea turtles, whale sharks, manta rays and dolphins. Diving website Scuba Diver Life said visitors on a diving boat witnessed the collapse just before midday local time on Monday, adding that no divers were harmed.

The rock formation was named after British scientist Charles Darwin, who visited the islands in 1835 on the HMS Beagle and developed the theory of evolution by examining Galapagos finches.

UNESCO declared the area a Natural World Heritage zone in 1978. The Galapagos archipelago comprises 234 islands, inlets and rocks, and boasts unique flora and fauna not seen anywhere else on earth. Human settlement is restricted to four islands that are home to some 30,000 residents.

The marine reserve, located at the confluence of three ocean currents, is described on UNESCO's website as a unique "living museum and showcase of evolution." 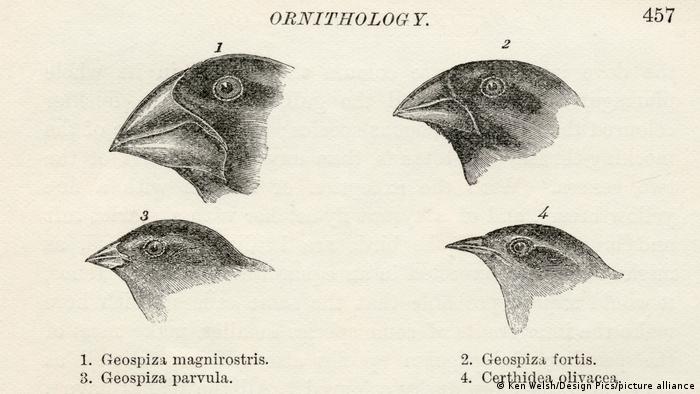 Last year, the International Union for the Conservation of Nature (IUCN) — an advisory body to UNESCO — voiced alarm about the "massive presence of industrial fishing vessels from diverse nationalities" near the Galapagos Islands.

Darwin's Arch, once 18 meters (59 feet) high, stood above a submerged plateau — a kilometer form Darwin Island — enabling divers to hold onto rocks underwater and observe the spectacle of marine species.

Landing was not allowed due to biodiversity protection regulations.

Because of its shape, the arch was sometimes likened to Paris' Arc de Triomphe.

The authors of a book marking the 150th anniversary of Charles Darwin's "Descent of Man" discuss "a most interesting problem" — namely how the naturalist's fundamental misconceptions on sex and race still shape society.

On the Trail of Darwin