Economic hardship leads to rise in suicide rate in Nigeria

In the past few months, there have been six reported cases of Nigerians committing suicide, and two attempts. This trend is troubling many in a country where suicide rates are usually low. 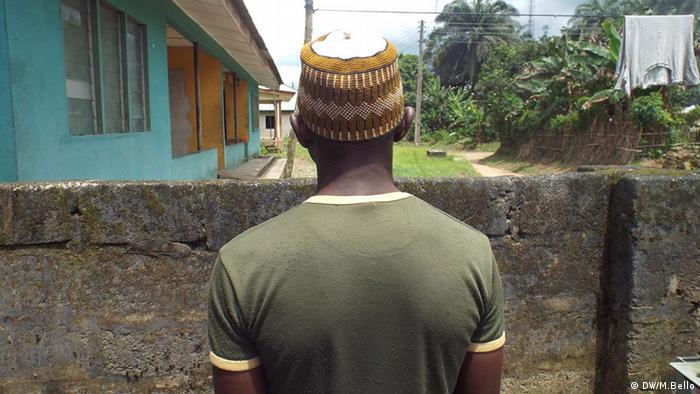 Some Nigerians seem to have resigned themselves to fate, believing there was no option to hold on to, to keep afloat. A member of a family living in Akwa Ibom State killed himself recently. His body was found hanging from a rope tied to the ceiling of his bedroom.

When the man's younger brother, David (shown above), hadn't seen him for a while, he became very worried.

"When I didn't see him for three days, I sent a small boy to look around for him. The boy found his door locked and saw him through the door hanging," he said.

Relatives and friends of the victim believe that it is the poor economic situation in the country that drove him to suicide.

There are disagreements in the local community as to whether the man left a suicide note. One camp argued that he wrote about economic challenges caused by President Muhammadu Buhari's administration as reasons for his suicide. Another camp said that there was, in fact, no suicide note at all.

"Two people broke the door and didn't find any note. Now you hear wrong stories everywhere, saying that man left a note, saying he killed himself because of the bad situation in this country," said Oturu Odaibo, a local youth leader.

Before he ended his life, the man sold local wine and cigarettes in his community. A local chief, Edet Asoquor Iyang, said that he knew why the man decided to kill himself.

"He hanged himself and broke his neck because things are difficult in Nigeria today. No job, no money, nothing. Nigeria has turned upside down and everybody is a beggar," he said. 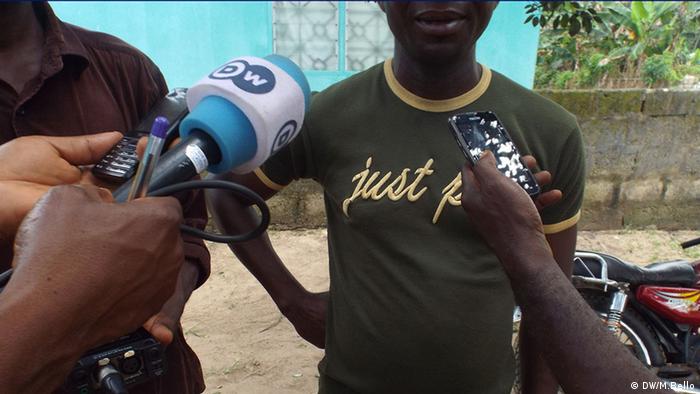 The younger brother of the man who killed himself

Whether the man committed suicide to escape his difficulties is still unclear. What is clear, however, is the increasing number of suicide deaths in the country. In the past month alone, there are reports of five people who have committed suicide due to economic hardship.

The current economic crisis in Nigeria has forced businesses to close. Many blame the government's policy to ration foreign currencies for the recession. This crisis has now trickled down to the ordinary man and woman. Many are now living below the poverty line which leads to anxiety, depression and frustration.

Emmabong Eme Effiong, a local farmer in Akwa Ibom State, said she hasn't experienced this level of difficulties in her entire life.

Maru Godwin Worlu, an economist and lecturer at the Port Harcourt Polytechnic in Rivers State said the difficulties are being felt in every corner of the country.

"For you to really understand if the government is doing well or not, just look at the ordinary people on the street," said Worlu.

He went on to recount the story of a woman with three children who was forced to beg for money to feed them. One day she had had enough and went and bought sleeping pills and gave them to the children.

"All three children died in their sleep. They just died," he said.

A police operation over the weekend has resulted in the release of 14 Nestoil oil workers and their driver in the Niger Delta. It is unclear if a ransom was paid. (18.09.2016)