The latest turmoil affecting the currency and lending markets of the world’s emerging economies has hit India particularly hard. As the country’s structural problems become more evident, some see an opportunity at hand. 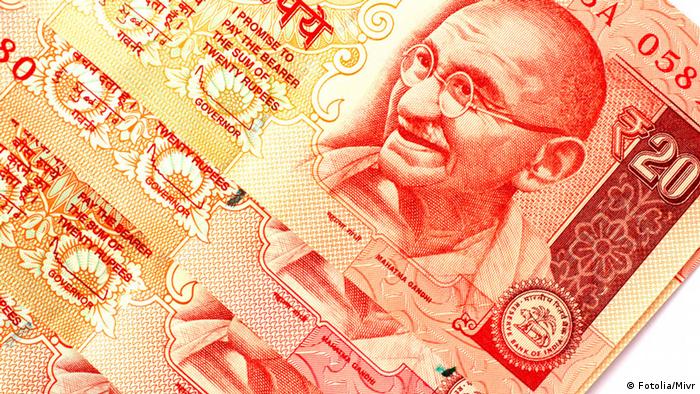 India, the third-biggest Asian economy has been badly affected as international investors move their capital elsewhere.

The Indian rupee has lost almost 20 percent on the US dollar since 2013, the biggest loss in value of any Asian currency amid the current turmoil. By the end of August, the rupee had slid to its lowest ever value against the dollar.

Meanwhile, India's stock market has dropped in value by more than 10 percent in the past three months.

Bernhard Steinrücke, head of the Indo-German Chamber of Commerce in Mumbai, believes the figures are not as dramatic as they might appear. "It's only natural that the stock market has gone down so much," said Steinrücke. "In July, the (Bombay Stock Exchange's) Sensex index still stood at more than 20,000 points. That is completely overpriced when one looks at how poorly some firms in India rate at present," said Steinrücke. 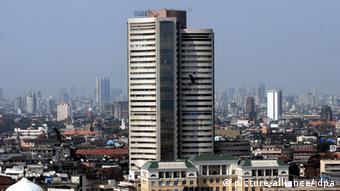 With more imports than exports, India relies on capital flowing into the stock market in Mumbai

He draws a comparison with 2009, when India had 5.7 percent growth in comparison with 5 percent at present. At the time, the stock exchange stood at 8,300 points. "The hot air is actually being let out now, and that is a healthy process," said Steinrücke.

More positive, in contrast, was the performance of some 15 German firms listed on the Indian stock market, such as Bosch, BASF and Blue Dart (a DHL subsidiary). "Their stock prices have gone up and down, to some extent," said Steinrücke. "In the first quarter of the year, only one of these companies has made a loss. In comparison to last year, only two companies made small losses – the others made solid profits."

Steinrücke draws conclusions from further figures. From July 2003 to July 2013, the values of these listed firms - their market capitalization - has gone up dramatically. The value of Bosch for example, the biggest German firm in India, has risen by 27 percent over that time.

Siemens and other firms can post similar figures. "It's gone down a bit in recent days, but it's still very good," said Steinrücke. 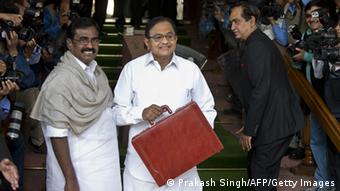 The drain of capital away from India is a source of worry for the country because of its current account deficit, which is rising year by year and which amounts to four to five percent of economic output.

Put more simply, the country exports less than it imports and is reliant on foreign capital to finance its debt. Oil and coal imports are a particular burden when it comes to the balance of trade. While India could mine substantial quantities of coal, its mining sector is mired in a swamp of corruption and inefficiency, as demonstrated in the so-called "Coalgate" scandal.

Many Indian observers already believe that the country will have to turn to the International Monetary Fund for help. However, measures to address the situation, such as painful cuts to popular fuel subsidies, are – given the upcoming parliamentary elections next May – not to be expected.

India's growth - from an average of 8 percent in the last decade to barely 5 percent at present - and its weak industrial sector (15 to 17 percent of economic output) are not enough to establish a significant export economy that is capable of generating foreign currency reserves. Added to that are factors such as corruption and excessive bureaucracy, which put off investors and are a barrier to growth.

Experts such as Friedolin Strack from the Asia Pacific Committee of German Businesses believe that the current problems bring with them an opportunity. "It is the wake-up call and the chance that India needs," said Strack. "The Indian economic policy of just muddling through now appears to be coming to an end." 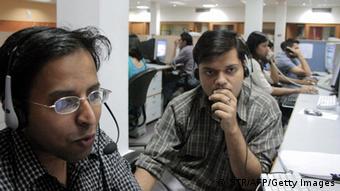 Strack views this as an opportunity for the Indian government to grasp that it will not make progress by making election pledges such as promising cheap food for all. "Now it has to be about the 'fundamentals'," he said.

Meanwhile, India - with its large middle class - still offers great potential, Strack believes. "That is not going away. We are not talking about a middle class that is suddenly going to become impoverished. It is a group that is very large and there are still great opportunities."

Steinrücke is of a similar opinion. "Seen long-term, the situation is actually not so bad at all," he said. "It is beyond question that things are difficult now. We have elections in India, with all the problems and insecurity that that brings."

After an "undoubtedly exaggerated" boom period, Steinrücke believes, the current negative phase is also being somewhat overhyped. However, he says, one thing remains clear: "India will grow in the long term. There really is no other way things can go."

India's government claims that poverty has been cut by a third since 2004, attributing the decline mainly to its vast welfare programs. But the figures have sparked a row over the accuracy of the data. (06.08.2013)

India's government has launched a program to provide subsidized food to two-thirds of the population. However, critics believe the plan undermines the country's small farmers and is a political move to win votes. (06.08.2013)