Kraftklub and MIA gave up their own ECHO nominations to protest Frei.Wild's right-wing lyrics. The organizers' move to knock the band out of the running poses the question of how much politics should be accounted for. 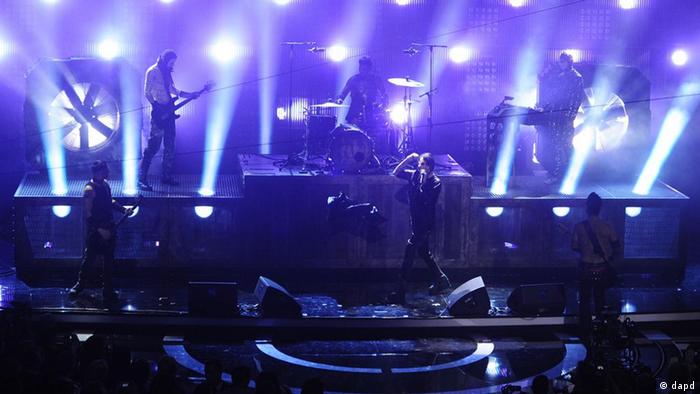 Following protests from fellow nominees including well-known bands MIA, Die Ärzte and Kraftklub, the organizers of the ECHO Awards have withdrawn the nomination of the group Frei.Wild in the category of Best National Rock/Alternative Group.

The inclusion of Frei.Wild on the list of nominees at Germany's most important music awards ceremony provoked a fierce backlash from critics of the band. Electro-pop outfit MIA and rock group Kraftklub threatened to boycott the event and retracted their own nominations.

"We may not be able to decide who is nominated for an ECHO, but thankfully we can distance ourselves from our nomination," MIA said on their Facebook page. On their homepage, punk-rock heavyweights Die Ärzte described Frei.Wild as "politically questionable." 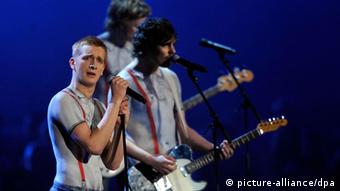 ECHO organizers had previously claimed that the nomination of Frei.Wild was based on their chart success. In addition, a withdrawal from the list of nominees was not possible since the band is not officially listed at the Federal Department for Media Harmful to Young Persons, which mainly serves as a watchdog for sexually explicit and violent material.

The band from South Tyrol, a predominantly German-speaking autonomous region in northern Italy, was founded in September 2001 by Philipp Burger and Jonas Notdurfter and their first album, "Eines Tages" ("One Day"), was released in 2002.

Despite critics accusing the group of spreading nationalistic and racist ideas through their songs - a claim the band denies -, Frei.Wild has found commercial success in Austria, Germany and Switzerland. The group was first nominated for an ECHO in 2011 following the success of the album "Gegengift" ("Antidote," 2010), which reached number two in the German charts.

The group's eighth studio album, "Feinde deiner Feinde" ("Enemies of Your Enemies"), released in October 2012, stormed the German charts to become one of the year's best-selling albums, again reaching the number two slot.

But Frei.Wild's success has only served to bolster the critics. A planned appearance by the band at the With Full Force festival in June 2013 in Löbnitz was canceled in mid-February this year following protests on social media networks and the withdrawal of major sponsors for the event including liquor brand Jägermeister. 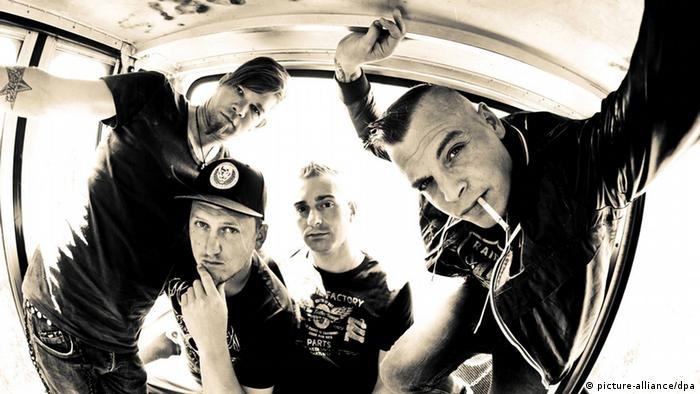 Frei.Wild (pictured) describe themselves as a "music phenomenon" and "counter-culture"

When politics enters the fray

The latest controversy surrounding the ECHO nomination is a fresh blow for a band that has defended its songs as legitimate social critique. Yet the issue of politics at play in the cultural arena is as old as the hills. Artists as diverse as George Formby, Pussy Riot, the Beastie Boys and the Rolling Stones have all had material censored by broadcasters and wherever censorship is involved the issue of freedom of expression is never far behind.

The withdrawal of Frei.Wild's ECHO nomination yet again raises the question of where exactly regulators should draw the line. If they wanted to, there would plenty of misogynistic or homophobic material to censor, or songs promoting left-wing extremism or drug abuse that could equally be taken to task. 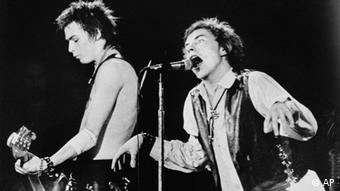 Freedom of expression is, perhaps, only granted when it goes at least some way to conforming with the mainstream social and political climate of the day. We might have scoffed about the BBC pulling the Sex Pistol's "God Save the Queen" with the lyrics "God save the Queen! / The fascist regime!" from the airwaves in 1977, but overstepping political boundaries remains a matter of life and death for artists of all genres in many other parts of the world.

For now at least, Frei.Wild are preoccupied with more prosaic concerns. "ECHO from the ECHOs!!! We hope all the remaining bands have fun and we're looking forward to the tour," the band wrote on its Facebook page on Thursday evening. "Thanks though to every one of you for your support. Lucky we didn't already book our plane tickets."

The ECHOs will be awarded on March 21 in Berlin.

An Indian musician travels to rural regions to record the music tied to struggles that rarely make the news. He integrates the untold stories and unheard sounds into his Jamaican dancehall sound for a new audience. (05.03.2013)