ECB to accelerate phaseout of fiscal stimulus amid surging inflation

The war in Ukraine has exacerbated already high inflation, and the European Central Bank has said it is preparing to be more aggressive on ending fiscal stimulus packages. 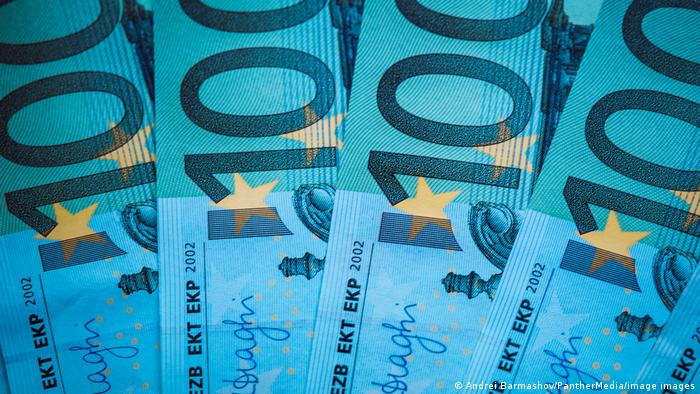 The European Central Bank (ECB) on Thursday said it would begin easing fiscal stimulus in the eurozone sooner than previously expected as higher inflation projections have been brought on by the war in Ukraine.

The ECB said it would begin tapering its purchasing of government debt in April, starting with €40 billion, then working its way down to €20 billion by June.

It expects to conclude its bond-buying program by the third quarter of 2022, it said in a statement on Thursday.

The bank added any bond purchases after the third quarter would be subject to revision if the inflation outlook changes.

"The Russia-Ukraine war will have a material impact on economic activity and inflation through higher energy and commodity prices, the disruption of international commerce and weaker confidence," ECB President Christine Lagarde told a news conference. 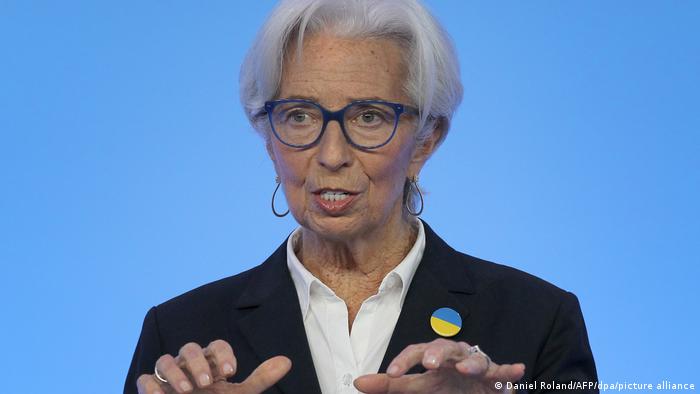 Previously, the ECB had said it would begin a gradual tapering of bond and securities purchases by €20 billion every month by the last three months of 2022 and continue tapering as long as needed.

Central banks purchase assets like government bonds and other securities as a tool to increase the flow of money into the economy to stimulate economic growth. However, more money in the economy risks leading to higher prices of goods and services.

Lagarde said that the eurozone's consumer price index was now projected to rise over 5% in 2022. In December, the ECB had projected a 3.2% rise in inflation.

The bank also cut its growth outlook for the eurozone, citing the rise in commodities prices that has accelerated given uncertainty over and restrictions on Russian exports of oil and gas amid the conflict.

"The prospects for the economy will depend on the course of the Russia-Ukraine war and on the impact of economic and financial sanctions and other measures,'' Largarde said.

No interest rate hike, for now

However, the ECB did not move up its schedule for a first interest rate increase, saying instead that rates would go up "gradually" and "some time after" the end of bond purchases.

The "time horizon is not what is going to matter most," Lagarde said, adding that a rate hike could come "the week after" or "months later," emphasizing that new economic data would be the deciding factor.

The ECB kept its interest rates historically low, with the key rate for main refinancing operations at 0%.