The ECB has opted to leave its emergency funding for Greek banks capped at 89 billion euros. A banking source told journalists the ECB would wait to see how Greece's creditors responded to its latest reform proposals. 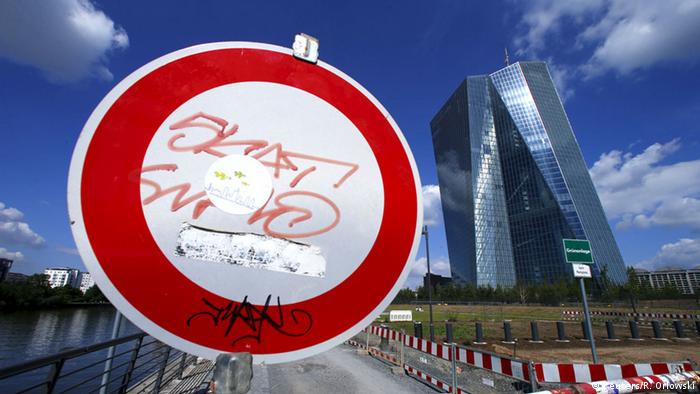 For months, Greece's national lenders have depended on increased credit from the European Central Bank (ECB) to deal with the daily drain of deposits by nervous customers.

The decision came after a senior eurozone official took the first step in processing Greece's latest bailout request by asking the European Commission and the ECB to assess Greece's "actual or potential financing needs" and the "risk to the financial stability of the euro area." However, the move was largely expected as the central bankers had made a similar choice earlier in the week.

Jeroen Djisselbloem was acting in his capacity as the chair of the Eurogroup body of finance ministers and the chairman of the European Stability Mechanism, the eurozone bailout fund.

The sources were unnamed because the ECB decision had not yet been made public. The ELA cap has been held in place since June 26. Without the emergency cash injections, Greece's banking system would risk imploding.

On Wednesday, the Greek government also formally requested more financial assistance from the European Stability Mechanism in the form of a three-year loan facility.

That application followed an address to the European Parliament by Greek Prime Minister Alexis Tsipras, in which the premier pleaded for a "viable" agreement with the country's European neighbors.

In his speech, Tsipras' first in front of European lawmakers since taking office earlier this year, he defended Sunday's referendum as a "return to the values of democracy." That popular vote saw 61 percent of Greeks come out against the country entering any deal with its creditors that foresaw any further austerity measures.

He also chided former Greek governments for being, as he put it, "clientelistic" and "corrupt." He did, however, remain optimistic that Athens was on the cusp of a bailout deal that could be accepted by both sides.

"We demand an agreement with our neighbors," Tsipras said. "But one which gives us a sign that we are on a long-lasting basis exiting from the crisis, which will demonstrate that there's a light at the end of the tunnel."

Greece's request for more aid was welcomed by France's prime minister, Manuel Valls, who called it a "positive" move as the debt-wracked country struggled to maintain its place within the common euro currency.

France has taken up somewhat of a mediator role in the Greek debt saga, positioning itself between Tsipras and his radical leftists and fiscal hawks in Germany and elsewhere.

Germany's conservative finance minister, Wolfgang Schäuble, has ruled out the possibility of debt relief for Athens, fearing this would set a dangerous precedent for other eurozone member states who receive aid money.

Greece now has five more days to reach an agreement with its creditors that could save the country from bankruptcy and an almost certain ejection from the eurozone.

Deadlines have come and gone as negotiations with Athens have dragged on - often without consequence - but this Sunday's deadline seems to be the final, final cut-off date.

"I have no doubt that this is the most critical moment in our history," said Donald Tusk, a former Polish prime minister and president of the European Council. "I have to say it loud and clear - the final deadline ends this week."

Juncker warns of detailed 'Grexit' scenario in absence of deal

European Commission President Jean-Claude Juncker has warned that a detailed "Grexit" scenario has been planned in case no deal is reached with Athens. Greece needs to deliver proposals before the EU summit on Sunday. (08.07.2015)