Eastern Germans not Crazy About Angela | News and current affairs from Germany and around the world | DW | 09.08.2005

Eastern Germans not Crazy About Angela

Much has been made of the East German roots of Angela Merkel, Christian Democratic Party head and possibly Germany's first female chancellor. But in the area she grew up in, she doesn't enjoy any hometown advantage. 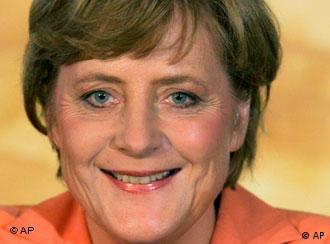 Is Merkel still eastern enough for the east?

Along the main street of tiny Crawford, Texas, where US President George W. Bush has his ranch, there are only a handful of shops, but at least three of them are souvenir stores. They stock a cornucopia of Bush paraphernalia, from dishes and coffee mugs emblazoned with the president's portrait to bumper stickers and Bush-themed chili.

But in Templin, the small German town north of Berlin where Angela Merkel grew up, visitors are lucky to find much of anything about her anywhere. Last week, the only campaign poster up in the town's picturesque market square was for a candidate from the party she's looking to beat -- the Social Democrats (SPD). 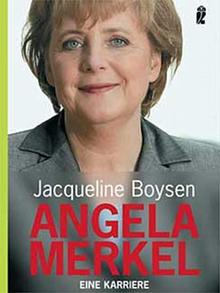 In the bookstore on the square, the owner had to hunt around for her new, much-talked-about biography, or in fact, any book about her. In the end he found one, hidden behind the counter.

Walking through this town of 18,000, one could easily remain ignorant to the fact that Merkel, who could make history in probable elections on September 18 by becoming Germany's first woman chancellor, spent the first decades of her life here. In fact, while there is some pride about the hometown girl who got to the top, her party won't likely win the vote in her own backyard, even though, nationwide, the CDU leads the SPD by 13 percentage points in some polls.

"I reject her completely, even though she comes from here," said a woman walking with friends who gave her first name as Gerda and her age as somewhere around 75.

Angela Merkel actually comes from western Germany, since she was born in Hamburg in 1954. But just months after her birth, her father moved the family to East Germany, where he took a position as pastor. In 1957, the family moved to Templin, where Angela Dorothea Kasner lived and attended school until leaving for the University of Leipzig in 1973. 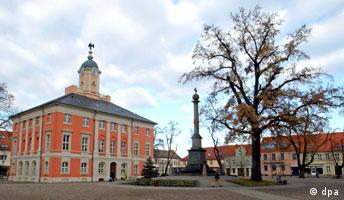 In the national media, Merkel's eastern roots have been played up. But for many in Templin itself, Merkel is seen as someone who turned her back on the east by joining the CDU, a party that is largely perceived here as one run by rich, western men. Even her recent makeover, where she was given a new hairstyle and wardrobe to counter an image that has been rather dowdy up to now, is seen as a kind of betrayal.

"She's forgotten where she comes from," said Gerda.

Disillusioned by years of economic stagnation (the region has no industry to speak of and the unemployment rate hovers around 25 percent), for many, Merkel is just another politician from a party which considers the east a lost cause, and who won't likely be able to do anything to lift eastern Germany out of its chronic malaise.

"I could imagine that people in Templin would prefer another candidate for chancellor," said Ulrich Schoeneich, Templin's mayor and member of a small left-of-center party. He does not think that a relative newcomer to politics -- Merkel didn't become active in politics until just after the fall of the Berlin Wall -- could have the answers to eastern Germany's problems. 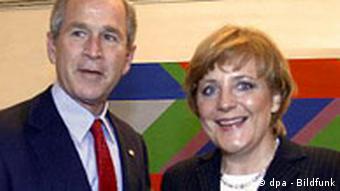 Her support for George W. Bush has also aroused suspicions among locals. "She's not my dream choice," Schoeneich said.

Merkel's candidacy might seem like a dream come true for Templin's small tourism office, nestled up against the town's intact city wall dating from the 14th century. Tourism is one of the few potential growth sectors for the town, and as Merkel's profile has risen in Germany, more tourists have been arriving asking about some of the landmarks of her life, such as the local schools she went to.

"Well, if the demand is really there, then maybe we'll do it," said tourism director Sabine Hertrich, but with little enthusiasm in her voice. Asked what she thought of the person who might be considered perfect for the role of the town's favorite daughter, she paused before deadpanning: "I met her at an opening once. She's a nice woman." 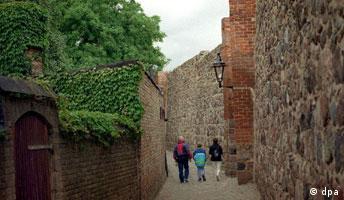 According to Joachim Löwe, who heads the local CDU chapter, this reluctance to embrace Merkel has less to do with personal animus than with unfamiliarity. She has not lived in the town since the late 70s, only returning for the occasional weekend to visit her parents. In addition, the CDU does not have a lot of support in the region, coming in third behind the Social Democrats (SPD) and the successors to East Germany's communists, the PDS.

"That could change if her policies start changing the economic situation here," he said, but added that he does not expect the commemorative plate to be unveiled anytime soon. "I doubt people here will ever start wearing (Merkel) t-shirts. It's just not the way we express things," he said.

Get the balance right

For the CDU, constructing Angela Merkel's image and talking about her origins has been a delicate balancing act. According to Uwe Andersen, a professor of political science at the Ruhr University in Bochum, there were concerns in the party that she might be considered too much of a representative of purely eastern interests, thereby alienating the larger pool of voters in the west. Therefore a strategy was developed to boost her appeal in western Germany 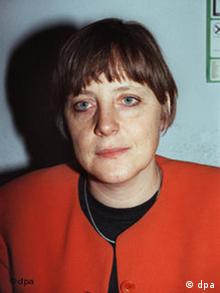 "And it worked, but perhaps too well, and it ended up limiting her support in the former East Germany" he said. "Now she's lost some of the automatic bonus she might have gotten in the east simply for having come from there."

But not everyone takes such a dim view. Ulrike Zündorf, who owns a gift shop in Templin, said she does not understand why people tend to be so negative about Merkel. She said she's hoping Merkel takes up residency in the chancellery in late September.

"One, because she's an East German, and two, because she's a woman," Zündorf said. "Men have tried to get it right a long time and look where we are now. I could imagine that a woman could do it better."

The rise of Angela Merkel to CDU chancellor candidate is a clear coup for her, the party and possibly Germany. As the first female aspirant, she could poker hard with her gender trump, but has thus far chosen not to. (June 3, 2005)

Angela Merkel's quiet but determined rise to the top of German politics shows that it's not necessarily a disadvantage to be underestimated by political opponents or inner-party rivals.

Who are the candidates and where did they come from? DW-WORLD takes a detailed look at the events that shaped the biographies of the 2005 election's top players.