In recent months, controversial measures by several of the EU's eastern members have set off the European Commission's warning alarm. Experts believe a lack of democratic experience is to blame. 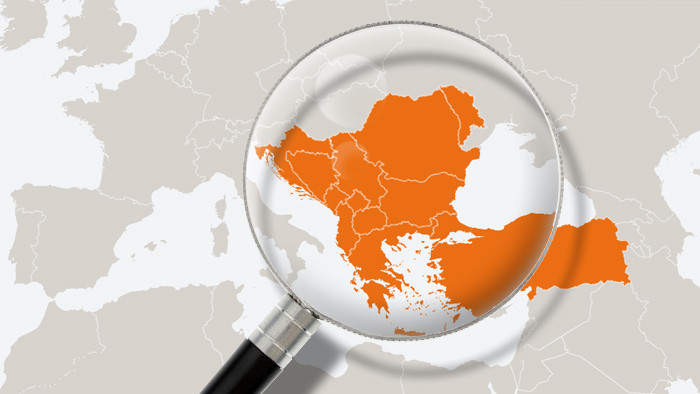 Strongly-protested Hungarian political reforms were fresh in European Commission (EC) President Jose Manuel Barroso's memory when he turned to the situation in Romania. While presenting his progress report on the country, Barroso said the rule of law and independence of the judiciary were under threat.

"Events in Romania have shaken our trust," he commented.

Bulgaria, which joined the European Union along with Romania in 2007, has received a similarly negative assessment. The report was part of a monitoring mechanism that Bulgaria has been subject to since joining the EU. It claimed that Bulgaria has failed to meet goals to improve justice and corruption-fighting. 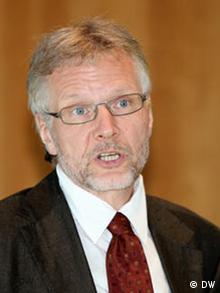 The path to democracy is not easy, says Höpken

According to Wolfgang Höpken, professor of southeastern European history at the University of Leipzig, these "democratic deficits" are partially due to the countries' limited experience with maintaining democratic systems.

Höpken pointed out that even before World War Two, Bulgaria and Romania lacked strong democratic foundations. Later, when they were part of the Eastern Bloc, their Communist regimes only exacerbated the problem by creating mistrust in public institutions.

After the fall of the Iron Curtain, Bulgaria and Romania faced the unique challenge of reforming their economic and political systems at the same time.

"This presented a great hurdle for these societies," Höpken said. "Expecting flawless democratic order to set in immediately would have been naive."

The legacy of this experience includes a tendency by Romanian and Bulgarian elites to focus on securing their positions above all else. From their point of view, the constitution is a symbolic formality. Sometimes the behavior of these elites is flagrantly unconstitutional. Through a variety of tricks, they try to undermine judicial independence, limit the power of constitutional courts and erode the power of public institutions. 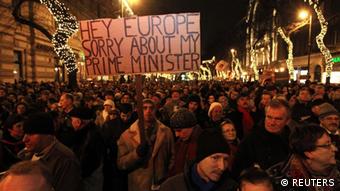 "Hidden behind this is the fundamental concept, 'My political opponent is an enemy who needs to be combated by all means," explained Franz-Lothar Altmann, professor of international relations at the University of Bucharest. "What is missing here is a culture of political discussion, a parliamentary culture."

This is one of the reasons the EC introduced a monitoring system for Romania and Bulgaria. When the countries joined the EU in 2007, it was clear they did not fully satisfy criteria for accession, so they were placed under expert watch.

The publication argued that the EU interferes in the affairs of eastern members more than it intervenes in western nations' scandals. Examples included Italy's justice system under former Prime Minister Silvio Berlusconi, the expulsion of Roma from France under former President Nicolas Sarkozy and right-wing populist Geert Wilders' influence on Dutch politics.

Höpken warned western European countries against taking a condescending approach to their neighbors. 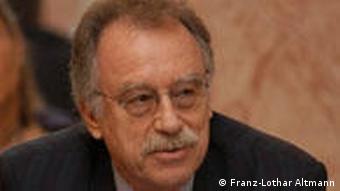 "All too often, even western democracies have embarrassing slip-ups," he said.

The EC's criticism of Romania and Bulgaria gives rise to the question whether they joined the EU too early.

"Maybe we were too naive back then," said Altmann, "and too quick."

The transformation process for central and eastern European countries is not finished yet. Through monitoring, subpoenas and sanctions, the EC can help steer this process.

EC intervention has already borne some fruit. Both Romanian Prime Minister Victor Ponta and his Hungarian counterpart Viktor Orban have reversed some of their controversial measures. There are also signs that Bulgaria is taking corruption and organized crime more seriously. Such steps might eventually win over eastern countries' skeptics.

The EU has sharply criticized Romania for jeopardizing the rule of law and the independence of the judiciary in the country. It comes after the contentious impeachment of Romania's president by parliament. (18.07.2012)

The European Commission has announced plans to prolong its monitoring of Romania. According to a report, the country shows inadequate progress in respect for democracy and its fight against corruption. (17.07.2012)