Eastern Europe Draws Veil of Silence Over Communist Past | Europe| News and current affairs from around the continent | DW | 03.03.2006

Eastern Europe Draws Veil of Silence Over Communist Past

With a number of high-profile Hungarians recently named as former secret-police informers, calls for a look at the country's past have been getting louder. But resistance to national soul-searching is equally insistent. 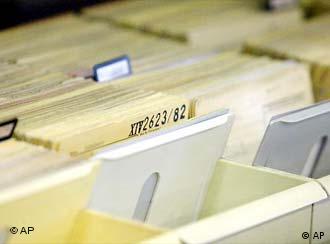 Since the collapse of the Iron Curtain in 1989, former dissidents and historians have been campaigning for access to archives in eastern Europe -- with little success. When it comes to confronting communist crimes, the former east bloc has failed to achieve the depth of debate seen in Germany, a country which has spent decades examining its Nazi past.

In Hungary, a number of prominent figures were recently named as former secret service informants, including Oscar-winning film director Istvan Szabo and the retired cardinal Laszlo Paskai, accused of cooperating with the secret police in the late 1950s.

Cases like these have shocked and divided the nation. Just a small percentage of the population sees the need for a broad confrontation with the country's past, while a clear majority would prefer to make a clean break, opposing the introduction of a new legislation and complete access to the communist secret services archives.

Many feel that an investigation into post-war Hungary will do nothing other than reopen old wounds. 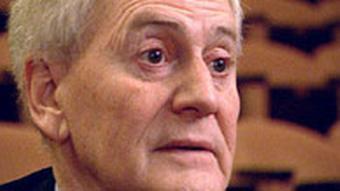 "It was 50 years ago," Szabo said. "Not five years ago -- 50! I was arrested with two school friends, and we were questioned for three days and nights. Eventually I was forced to sign a statement saying I would work with the secret police."

The pervasive presence of informers and collaborators during the communist era is an issue that has never been addressed at a political level in Hungary. Even so, it's a skeleton in the closet of public consciousness that refuses to go away.

Andras Gervai, a historian from Budapest, insists that the country needs to face its demons.

"It can become very problematic when a country fails to reflect on its past," he said. "It can't cover it up with partial truths -- it's shameful."

Gervai was responsible for exposing the world-famous film director Istvan Szabo as a former informer for the Hungarian state security services.

"I was appalled myself to discover that Istvan Szabo, of all people, was a spy," he said. "He was always considered a beacon of integrity in Hungary. He influenced a whole generation with films like 'Mephisto.' And post-1989, he was the conscience of the nation."

But in fact, Szabo met with broad understanding rather than outrage, while Gervai received an avalanche of threat letters and indignation that he had gone public with the case. It was obvious to him what the Hungarian people would have preferred to happen:

"If Szabo had ever meant anything to me then I would have destroyed his file when I came across it in the archives and prevented it from ever reaching the public," he said, describing the main response his findings have elicited. 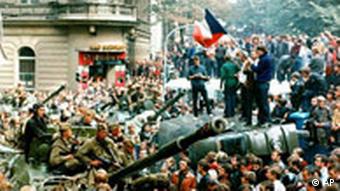 Soviet tanks in Prague in 1968

Unlike Germany and the Czech Republic, which opened up police files in the early 1990s, Hungary waited until 1997 to allow its citizens to apply for access to their files in the secret police archives.

But the new law failed to usher in an era of soul-searching -- not least because the archive is only required to release files it decides do not represent a threat to national security. The result is that only selective files get published, usually for reasons of political expedience, such as during election campaigns.

To some, a complete opening of the archives would amount to laying the cards on the table and might prevent files being used as political tools. But others feel it would be counter-productive.

"There are so many people who can no longer defend themselves," Szabo said. "These are people with a lifetime behind them, and they're being slandered for political ends. And they cannot tell their side of the story."

Political observers believe that not only former communists have a vested interest in keeping the files under lock and key -- they believe that parliamentary parties across the board see the Hungarian people's reluctance to banish the ghosts of the last few decades as a natural turning away from the past.

But given that some 150,000 Hungarians are thought to have collaborated with the secret police, it seems likely that those ghosts will catch up with the public soon.

Berlin's experience in tackling East Germany's vast secret police files has sparked interest beyond Europe. Former totalitarian nations Argentina, Iraq and South Africa want to use it to deal with their own brutal pasts. (May 12, 2004)

Making an about-turn, Hungary's ruling Socialist party said on Wednesday that it now backed fully opening communist-era secret service files, in an attempt to confront the country's ghosts of the past. (Dec. 9, 2004)

Despite being disbanded 16 years ago, the legacy of the East German secret police -- the Stasi -- continues to taint people in the public eye. 2006 has already seen a number of allegations arise. (Feb. 12, 2006)