Eastern Europe and the lucrative Middle East arms trade | World | Breaking news and perspectives from around the globe | DW | 09.08.2016

Many eastern European countries supply arms to the Middle East. The trade is said to be worth more than a billion euros, with the majority of goods going to Saudi Arabia. But the weapons don't stay there. 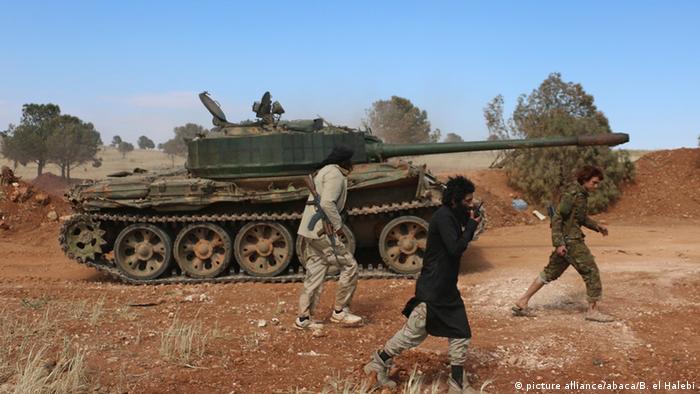 War-torn Syria is full of arms: thousands of AK47 assault rifles, machine guns, mortar shells, rocket launchers and anti-tank weapons, aging T-55 and T-72 tanks. Most are believed to come from the following countries: Bosnia, Bulgaria, Croatia, the Czech Republic, Slovakia, Montenegro, Serbia and Romania. They reach Syria via a circuitous route. First, they are sent by air or sea to Saudi Arabia, Jordan, the United Arab Emirates or Turkey – then on from there to the war zone. The trade is worth 1.2 billion euros.

Journalists from the Balkan Investigative Reporting Network (BIRN) and the Organized Crime and Corruption Reporting Project (OCCRP) researched for years to expose these arms transport routes. They analyzed export data and United Nations reports. They watched hundreds of videos and looked at hundreds of photos; they traced the movements of ships and planes, read arms contracts, and followed up on numerous tips from the arms dealers' milieu.

A couple of examples: In a confidential document from 2013 obtained by BIRN and OCCRP, a high-ranking official in the Serbian defense ministry describes how arms shipments to Saudi Arabia were rerouted from there to Syria. And a detailed analysis of cargo planes provided evidence of more than 70 plane movements that were related to the indirect delivery of weapons to the conflict zone. 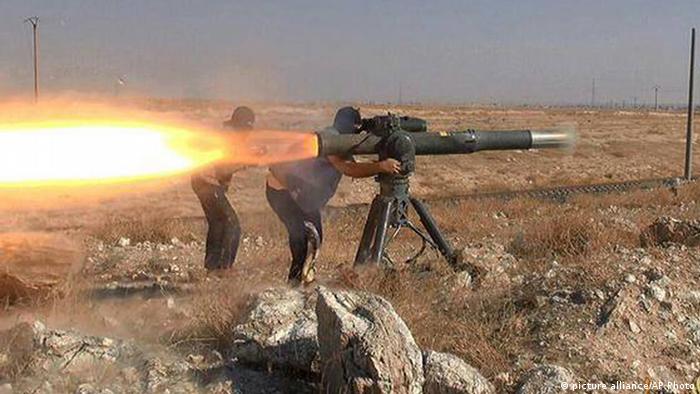 Robert Stephen Ford, the US ambassador to Syria from 2011 to 2014, told BIRN and the OCCRP that the trade is coordinated by the American secret service, the CIA, and expedited via Turkey and the Gulf States. By shipping to destinations that initially appear unsuspicious, he said, suppliers can circumvent all mandatory approval procedures. Furthermore, many of the flight documents investigated by BIRN contained no information whatsoever on cargo that weighed thousands of tons. Arms shipments from Bulgaria and Slovakia were flown out as "unidentified cargo."

Residual stock from the Balkan wars

Many of these weapons originate from the 1990s and the period just after the end of the Balkan wars. "People just held on to their weapons," explains Nils Duquet, an expert on the illegal arms trade at the Flemish Peace Institute in Brussels. Stocks were often sold out of necessity. In November 2015 traces of these weapons were found in Germany when a truck coming from Montenegro was stopped and checked in Bavaria. Police discovered a lot of assault weapons, pistols and grenades.

Weapons like these from eastern Europe are in use in Syria, not only by the rebels of the Free Syrian Army, but also by the Islamist fighters of Ansar al-Sham and the al-Nusra Front (now Fatah al-Sham), which until recently was allied with al-Qaida, as well as the group calling itself "Islamic State." The two organizations BIRN and OCCRP have provided evidence of this, primarily photos and videos and images from social media.

Patrick Wilcken, an arms control expert with Amnesty International, and Bodil Valero, the European Parliament's rapporteur on the arms trade, are convinced that many of these convoluted, non-transparent transfers contravened not only EU law but also national and international laws on weapons and exports. 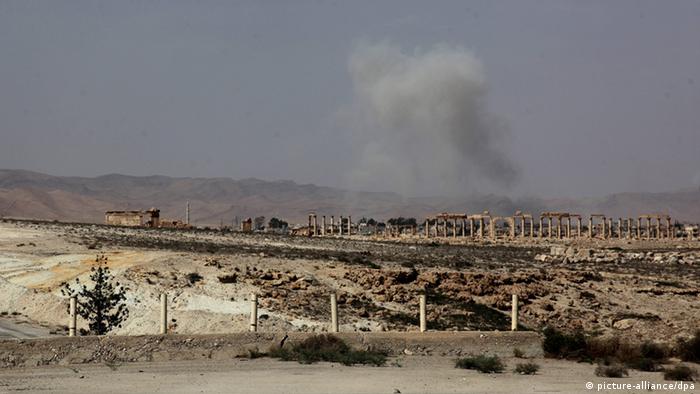 The battle for Palmyra: The weapons from Eastern Europe are also responsible for many deaths and destruction in Syria.

In the German Bundestag, the Left and the Green Party are particularly active in opposing arms exports to crisis regions and war zones. Responding to a question from the Greens, the German government replied that it already gave financial support of around one million euros per years to several programs that organize the collection and destruction of weapons and munitions from the Balkan states. The opposition parties say this is too little.

The Greens' Agnieszka Brugger is her party's spokesperson on disarmament and arms control. She is critical of German weapons exports to Saudi Arabia. In an interview with DW, Brugger said: "Comments made by Foreign Minister Frank-Walter Steinmeier sound very, very cynical to me. For example, when he says that Saudi Arabia is an anchor of stability in the region, and we must maintain good relations with it. The human rights situation in Saudi Arabia has got worse, not better."

Brugger welcomes this research from BIRN and OCCRP because it proves that weapons of war have been reaching Syria via Saudi Arabia. She accuses of German government of acting too hesitantly.

Vice-Chancellor and Minister for Economic Affairs Sigmar Gabriel (SPD) denies this. At the presentation of the most recent military equipment export report, Gabriel openly addressed instances in which recipients had illegally passed on weapons imported from Germany. These too have turned up in war zones. "In the light of this, we have introduced post-shipment controls," Gabriel emphasized. "This means that the recipients of exports will agree to let German officials check in the recipient country whether the weapons are where they are supposed to be."

However, Agnieszka Brugger criticizes that these controls have not yet begun. Gabriel explains that there have not yet been any shipments for which they would have been needed. Brugger also complains that Gabriel has not yet managed to implement the arms export law he announced previously. The minister had pledged to set up a commission to examine the practice of authorizing shipments.

The US and China continue to be the top spenders, but Saudi Arabia pulled ahead of Russia in 2015. The research institute said falling oil prices and economic crises have created "contrasting trends" across the globe. (05.04.2016)