The US and China continue to be the top spenders, but Saudi Arabia pulled ahead of Russia in 2015. The research institute said falling oil prices and economic crises have created "contrasting trends" across the globe. 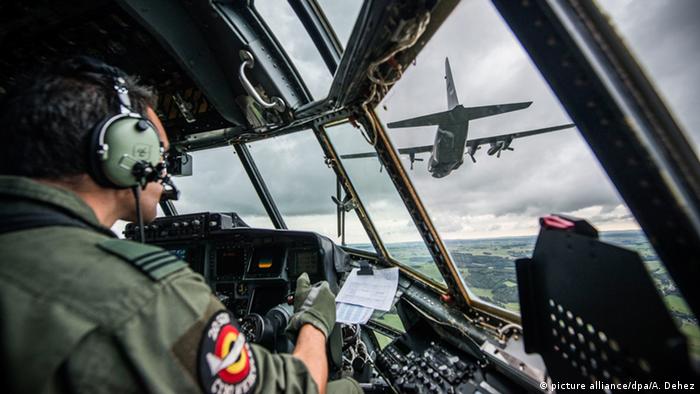 The Stockholm International Peace Research Institute (SIPRI) on Tuesday published a report showing global military spending increased by one percent in 2015, marking the first increase since 2011.

The peace research institute SIPRI has provided new data relating to the international arms trade. The biggest exporter is the US, well ahead of Russia. The main customers are in Asia and the Middle East. (22.02.2016)

"On the one hand, spending trends reflect the escalating conflict and tension in many parts of the world; on the other hand, they show a clear break from the oil-fuelled surge in military spending of the past decade," said Sam Perlo-Freedom, who heads SIPRI's military spending project, in a statement.

"This volatile economic and political situation creates an uncertain picture for the years to come," Perlo-Freedom added.

While the US and China remained at the top of the list with $596 billion (529 billion euros) and $215 billion respectively, Saudi Arabia overtook Russia for third place, partially due to its engagement in the Yemen conflict and the depreciation of the Russian ruble.

Meanwhile, Europe witnessed a 1.7-percent increase with Eastern European nations significantly boosting funding in response to the eastern Ukraine conflict, according to the report.

Germany dropped one place to ninth in the list of global military spenders, swapping positions with Japan. The SIPRI report noted that Europe's three top spenders, the UK, France, and Germany, had all pledged increased military outgoings in the coming years. 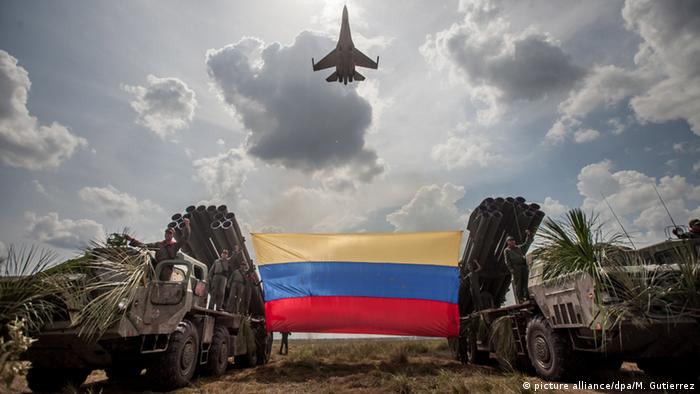 Venezuela witnessed the largest decline in military spending in 2015

However, several oil-exporting countries, including Algeria, Russia and Saudi Arabia, nominally increased spending as a result of being "involved in conflict or faced with heightening regional tensions."