Following the reactor meltdown in Chernobyl, information didn't flow -- it trickled. While media coverage in the West was quick to depict the "worst case scenario," the media in East Germany downplayed the "incident."

The Tagesschau report on the fires in Chernobyl

The first reports that hinted at a meltdown from the Soviet nuclear power plant did not come from Moscow -- they came from Sweden. On April 28, 1986, technicians at the Swedish Forsmark Nuclear Power Plant detected a radioactive cloud passing from East to West. They soon confirmed that the leak was not coming from their own reactors, but coming with air currents from the Black Sea. At 9 p.m. that evening, Moscow officially announced to the world that an "accident" had taken place at the Chernobyl power station.

News spread quickly, but information was thin. The first reports in West German media came as a short news brief in the evening news.

"Our correspondent in Moscow reported about the accident, but there was no information about any potential danger," Jan Hofer, a newscaster that evening for Tagesthemen, the nightly news report of German public broadcaster ARD, told Frankfurter Allgemeine Zeitung. "We had no idea what a GAU was -- a nuclear worst case scenario -- there was little information to go on and no images. The fear came later, as the bad news was made public."

No milk, no mushrooms, no playing outside 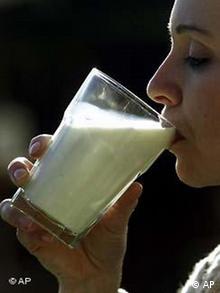 Warnings against fresh milk held in the weeks following the accident

West German politicians went into an uproar against the Soviet Union, condemning its lax safety measures and the concealment of the potential threat of radiation. But the Soviet authorities maintained tight control of information in and around Chernobyl, only releasing sketchy details about the cause and extent of the accident.

Within less than two days, the wind changed and the radioactive cloud dropped poisoned rain on Bavaria. News coverage in West Germany turned to the danger of contamination for the German public. People in Bavaria were told to stay indoors as much as possible. The government issued warnings for German citizens to refrain from eating salads and forest mushrooms and drinking milk.

"Chernobyl no danger for the GDR" 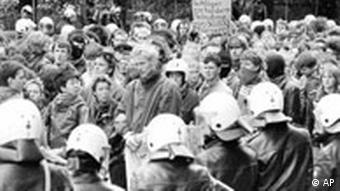 In East Germany, the state-controlled media remained loyal to its Soviet partners. The news broadcast Aktuelle Kamera issued the initial news statement about the meltdown simultaneously to the West German media. But it was called an "incident," not a complete meltdown. In the days that followed, the focus was on downplaying Chernobyl -- both in its extremity and in the potential danger for East German citizens. On the evening of May 1, a panel of nuclear scientists spoke on East German television.

"But the information was contradictory. They said it was a Russian problem, that East Germany wasn't affected by contamination and that our nuclear power plants in Greifswald were of a younger generation, and therefore completely safe."

If anything, Graupner said, it gave East Germans the chance to look down on their big brother, the Soviet Union.

"The Chernobyl reactor that exploded was old," he said. "Experts said that the Soviets should have modernized it. The consensus was that East German technology was more sophisticated. They said that a nuclear meltdown could never happen in the GDR."

"Experts say: No danger from Chernobyl in East Germany," read the headlines in Saxony's newspaper, the Sächsische Zeitung, the next day. 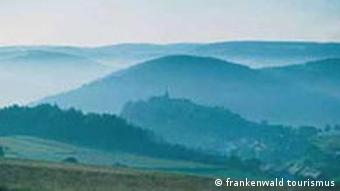 Were the mushrooms in Turingia safer than in Bavaria?

"It was a two-column article on page six," Thomas Schade, an editor at the paper, told DW-WORLD.DE. "That was typical for the GDR -- the story didn't make the front page because that was full of coverage of the government's official May Day parades."

Saxony was one of the few regions in East Germany with little access to Western media.

"We were dependent on expert opinions," Schade said. "There weren't any official warnings about not eating fresh vegetables or drinking milk, and so in Saxony, we weren't very concerned. It wasn't until after the reunification in 1990 that we found out the real extent of the catastrophe."

Moving night-time vigils marked the 20th anniversary of the Chernobyl disaster, the world's worst nuclear accident that rocked the globe, ravaged a corner of Eastern Europe and affects millions of people to this day. (April 26, 2006)

Once the heroes of a nation, the first people to enter the Chernobyl power plant after Block 4 exploded 20 years ago are fighting for medical care after being forgotten since the breakup of the Soviet Union. (April 21, 2006)

The events of April 26, 1986, in then-Soviet ruled Ukraine were catastrophic, but they also set off important political changes ranging from the environmental movement to the collapse of communism. (April 25, 2006)