Once the heroes of a nation, the first people to enter the Chernobyl power plant after Block 4 exploded 20 years ago are fighting for medical care after being forgotten since the breakup of the Soviet Union. 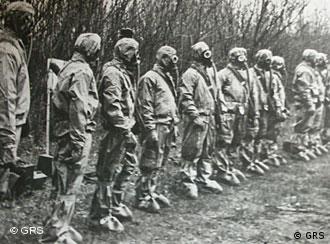 Twenty years ago, Yury Bertov won what was considered a losing gamble: He survived being on the front lines of the Chernobyl nuclear disaster clean-up.

Bertov was a 35-year-old chief engineer at the Chernobyl plant, working a few hundred meters from reactor number four when it exploded in the early morning hours on April 26, 1986, releasing enormous amounts of radiation.

The people who were there that night still recall with pride and nostalgia that they didn't panic, didn't run, and that when the time came, they behaved like real Soviet heroes.

"That night, no one fled," said Mykola Bondarenko, who was a 29-year-old engineer at the time. "We all knew the risks, but we all stayed."

The two men were in the front lines of "liquidators" -- some 600,000 soldiers, firemen and civilians who were deployed over the next four years to clean up after the disaster. 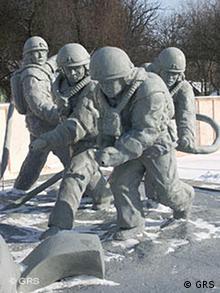 A memorial honors the first to try to contain the disaster

"Remember that bluish glow, it was so beautiful," Bertov murmured.

"And the flash," Bondarenko added. "Just like in a camera. What a dose we must have had!"

Cars and housing promised the first to clean up after disaster

As members of "liquidators of the first group," the ones most severely affected, Bertov was promised lifetime medical care and handsome financial compensation, even a car -- an extravagance ordinary Soviet citizens usually had to wait for several years for, in the unlikely event they could scrape together enough money for the purchase.

"Back then, we were still considered heroes," he said.

Bertov did receive a Zaporozhets sedan and 2,500 rubles, the equivalent of an average yearly salary, as well as housing in a new neighborhood on Kiev's outskirts where "liquidators" and other Chernobyl victims were provided accommodation.

But that is where the compensation ended.

Five years after the accident, the prospects of receiving any more became dim with the breakup of the Soviet Union.

In place of a single superpower with central planning, victims of the accident were now dependent for their care on three separate governments whose economies were in shambles -- Belarus, Russia and Ukraine. 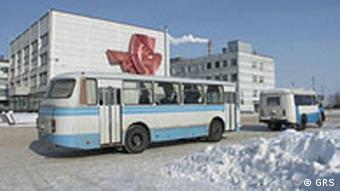 About 1,000 people still work at the Chernobyl power plant

Today Bertov is living through what he calls his "second Chernobyl" -- trying to get the some 12,000 dollars (9,724 euros) in unpaid pension payments the state owes him, a small fortune equivalent to nearly six average annual salaries in today's Ukraine.

"My friends are dying, one after another," he said. "The last one left us two weeks ago. I don't know if I'll have the strength to keep fighting."

Like most "liquidators," Bertov has faced both physical and psychological illness over the past two decades.

His medical chart has included everything from irradiation to heart disease, bronchitis, gastritis, extreme fatigue, difficulties with focusing. Specialists say all are consequences of the accident.

Public indifference for a "lost generation"

"They are a lost generation," said Galina Rumyantseva, of the Serbsky Psychiatric Institute in Moscow, who has closely worked with the Chernobyl clean-up workers.

Among the most difficult issues faced by men like Bertov and Bondarenko is the indifference that the authorities and the population at large in Ukraine show today to people who faced the nuclear power plant's bluish glow.

"It's difficult to battle both sickness and oblivion," Bertov said. 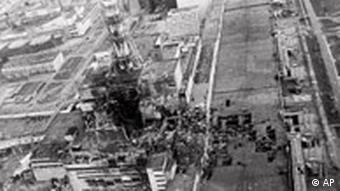 Many in the public have forgotten the people affected by radiation

Today Bertov and Bondarenko live in the same part of the Troeshchina district on Kiev's outskirts that was built for "liquidators" and other victims of the Chernobyl disaster.

Nearby is a cemetery, where the residents are usually buried. It is steadily filling up.

On the 20th anniversary of the accident, the two men will walk over to the cemetery to pay respects to their friends buried there, knowing that they too will rest there.

"Every Type of Reactor Poses a Threat"

The remaining Soviet-era Chernobyl-type nuclear reactors are especially dangerous but aren't the only risk when it comes to atomic power plants, Helmut Hirsch, physicist and consultant on nuclear safety told DW-WORLD.DE. (April 20, 2006)

Nuclear power has the reputation of being inexpensive and safe. But critics point out that this energy form has many disadvantages, too. The environmental implications also need to be considered. (April 6, 2006)

In a report released Tuesday, environmental organization Greenpeace said the consequences of the Chernobyl reactor disaster are being played down. The number of victims will far surpass official figures, it said. (April 18, 2006)