BFC Dynamo Berlin were once the top soccer team in East Germany. Now they want to be honored appropriately for its success. Yet the club's demands raise a few questions about fairness -- both on and off the field. 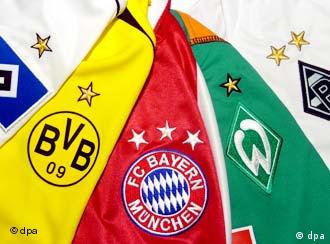 Are western clubs the only ones worthy of championship stars?

BFC Dynamo Berlin felt they had waited long enough. The fourth-division German side had made their application for recognition in the summer of 2004 but had received no reply. So on the Easter weekend this year, they took matters into their own hands.

The squad trotted onto the field in Hohenschönhausen, a quarter in eastern Berlin, with three stars decorating the Dynamo jerseys. The three stars symbolized the ten top division titles the club won in the 1970's and 80's. While the top side in the East at the time, their success was not the only reason they were disliked. It was rumored at the time that the championships that led to these three stars appearing had much to do with East German Stasi head, Erich Mielke -- the club's mentor -- and his blatant yet tolerated manipulation of games. 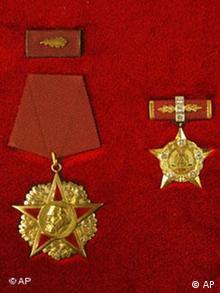 However, while the Berlin side took great pleasure in sporting their stars, it was a move that sparked a greater controversy than even Mielke -- a firm fan of stars -- could have engineered.

The German Soccer League (DFL) introduced the star system to honor the most successful clubs in Bundesliga history -- one star for three titles, two stars for five, and three stars for ten. Yet the Bundesliga has only been in existence since 1963. And was naturally a product of West Germany.

Dynamo Berlin is a club from the former East Germany and under the DFL's rules, they do not meet the criteria for earning the stars. The DFL has proclaimed that teams under its jurisdiction, namely in the professional first and second leagues, would only receive credit for championships won since the league’s start. It also does not recognize GDR champions. The DFL decision doesn’t sit well with other German soccer officials.

"The star system isn’t right,” said German Football Association (DFB) vice-president Hans-Georg Moldenhauer, who is from Magdeburg in the eastern state of Saxony-Anhalt. For him, no champion, be it the title holders from before 1963, or those from the former East German top division, should be excluded. The DFB, however, is not directly responsible for professional soccer in Germany.

Dynamo officials and fans have been more vocal, venting the collective spleen at the DFL and speaking of arrogance on behalf of the "wessis,” the not-so-loving term for Germans from the west by East Germans.

"For the people of the former GDR, this is without question a further symbol of a matter that merits discussion, namely the very real triumphant attitude [of West Germany] that cuts down traditions and achievements without any consideration," said the club's press spokesman Yiannis HD. Kaufmann.

The “know-it-alls” from the western part of Germany don’t have a good reputation in the east. Now and then, the debate is rekindled in the media or in politics about how after the political reunification in 1990, the people can be reunified.

Prof. Hans Joachim Teichler, director of the Sports History section at the University of Potsdam, thinks the “star” question and some of the reactions are indicative of the mental divide in Germany.

“In the various collective mentalities, the wall in some people’s heads seems to be growing higher,” said Teichler.

The Stasi scandal which has threatened Leipzig’s Olympic bid has not abated despite the resignation of two leading members of the German committee. Now the search begins for the person who can save the campaign. (Oct. 21, 2003)

Bayer Leverkusen beat fourth division Lokomotive Leipzig on Saturday in the German Cup. Former midfielder Heiko Scholz won domestic cups with both clubs in both East and West Germany, either side of German reunification.