East African leaders have hailed the new standard gauge railway project as the biggest joint development in post independence Africa. But rights activists criticize it for its failure to engage the local community. 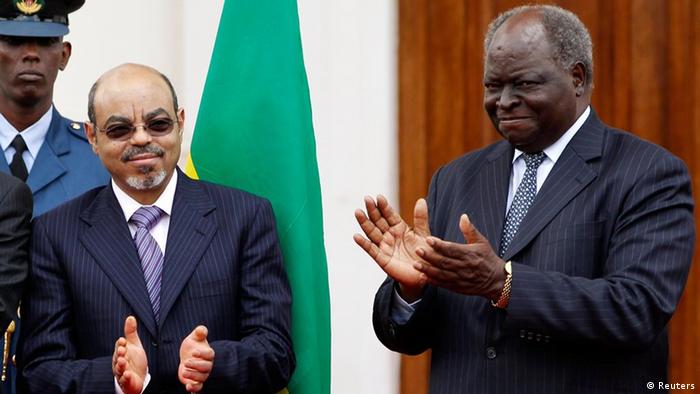 For South Sudan, the Lamu Port-South Sudan-Ethiopia Transport corridor, known for short as LAPSSET, will be a new lifeline to the outside world. The railway will be an opportunity for the new nation "to rally together with fellow brothers and sisters in the region," said Rebecca Joshua Okwaci, a South Sudanese representative at a LAPSSET meeting held in Nairobi on Thursday (11.12.2014). "Our interest as a region is to move our people forward in terms of growth, in terms of development," Okwaci said.

The planned multi billion project is expected to eat up about $24 billion (18 billion euros) of funds, partly provided by the Chinese government. It is expected to be inaugurated in 2020 and would serve many countries in East Africa. Oil pipelines to South Sudan and a railway to Ethiopia and Uganda are among the projects under LAPSSET. 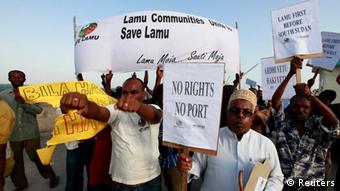 Many East African leaders have hailed the move, pointing out that this will advance the region's infrastructure and enhance its economic growth. Tanzania's Minister for Cooperation in the East African Community, Samuel Sita, is optimistic. "I think this approach is already bearing fruit because of the success in getting finances for fuel pipelines, improvement of the roads, railway, improvement of our airports," Sita said. He is calling for more cooperation in similar joint projects. "If you want to get these infrastructure projects going, you must cooperate so that they become regional projects rather than national projects," Sita said.

The new railway, according to Kenyan diplomatic sources, will in future snake its way across the African continent to Douala in Cameroon, opening up an alternative route for trans-Atlantic trade and business between Africa and the US. Kenya's Cabinet Secretary for Foreign Affairs Amina Mohammed said even before the construction of the railway starts, there is already fast movement of goods from Kenya's Indian Ocean port of Mombasa to three East and Central African countries. "For me this is the most exciting thing that has happened in the region for a very long time," she said.

But many Kenyans residing along the coast are still questioning the project. In Lamu for instance, the project has been heavily criticized. Soon after President Uhuru Kenyatta launched a construction deal for the first berths in August, protests erupted and there were demands for land compensation. In November, local landowners, together with rights activists fighting for the rights of Lamu residents, filed a lawsuit to stop construction until the local residents have received compensation. A high court order to this effect was issued. 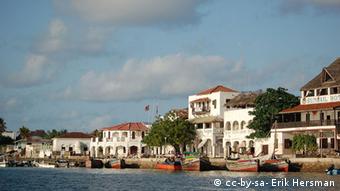 "The land compensation issue has become very complicated," DW correspondent in Mombasa Eric Ponda said. Many people in the Lamu area have land but have never had title deeds. When the government relocated those local residents to make way for a mega port, it didn't foresee this problem, Ponda added. And that has caused delays for the government to compensate local landowners.

Information over how locals are going to benefit from the project is still sketchy and the future of many Lamu residents is still uncertain. Many of them feel they are being left out of the project. When President Uhuru Kenyatta launched the start of construction, locals thought the project would bring with it many job opportunities. But when the China Road and Bridge Construction Company (CRBC) came into the country, they brought thousands of Chinese workers along with them.

Rwanda is facing an influx of foreign nationals from fellow East African Community countries. Promising long-term benefits, the authorities say it's part of regional integration. But some Rwandans fear for their jobs. (05.12.2014)

Companies developing games for mobile phones are springing up in East Africa. Although the mobile gaming market there is growing, financial returns are still small. But the developers aren't easily discouraged. (15.08.2014)